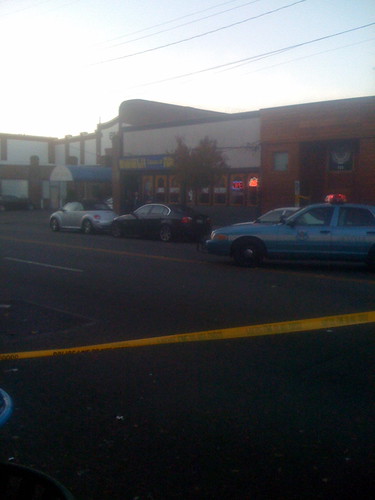 Streets around the 700 block of Pike were closed this afternoon for an hour while the Seattle Police Department’s arson and bomb squad investigated a possible explosive device in a car. The car’s owner, worried that a suspicious device in his car might be a bomb, brought the vehicle to the BMW dealership on Pike. According to the Seattle Police Department, worried staffed called SPD and a bomb squad was dispatched. The bomb squad working with staff from the dealership determined that the suspicious element was “legitimate mechanical equipment.”

and it was a bit disconcerting that they roped off all the areas around us. The officer we asked said there was a crazy person on the loose, but everyone seemed pretty nonchalant about it.

When I left the open house at 5:30 they came over right away and wanted us to go back inside or leave the vicinity immediately.

o SPD was first contacted around 3:30p
o The car owner was questioned, released and not charged with anything.

Additional info from me:
o This is a crazy story.

Thanks for the picture Matt