Fair to say Twice Sold Tales qualifies as one of the Hill’s venerable businesses. Owner Jamie Lutton first started selling used books out of a cart in the old Broadway Market in 1987; the move to her own store front off Broadway on East John Street came in 1990, after which the store evolved into a neighborhood fixture and a business that helped define Capitol Hill.

So it’s worth considering how Twice Sold Tales is doing after Sound Transit took over the block and tore down the store and other buildings to make way for Broadway’s light-rail station. The store’s most recent incarnation — call it Twice Sold Tales 3.0 — opened on the southwest corner of Harvard Avenue East and East Denny Way in May 2008 in a vacant storefront that had been a dental clinic. It’s a warren-like space with nooks and crannies that appeal to book hunters as well as the cats that call the store home. (As of this posting four felines occupy the premises.)

When asked how things were going, Lutton was quick to answer, “I’m still here!”

Any changes to Twice Sold Tales’ current fortunes are sufficiently intertwined between its Sound Transit relocation and the overall economic downturn that Lutton finds it difficult to separate the two. In simple terms, it’s been a tough stretch. Overall, she said, foot traffic is way down — not surprising given the store is no longer adjacent to a heavily used bus stop — but the people who do walk in are more apt to buy books rather than simply browse.

“More customers come with specific intent. Fewer walk in just to use the bathroom or camp out,” she said.

Shoplifting is way down, Lutton opines, because far fewer homeless people walk inside. Her clientele is a little older than it used to be and a little more residential, also not surprising since she’s closer to more apartments and condos. She said she’s now sells fewer books about drugs and marijuana growing operations and is selling more mysteries, more books about birds and more science fiction.

“I do my happy dance if someone wants to sell me science fiction titles,” she said.

Physically, the store is 50 percent larger than its predecessor and thus more titles fill the shelves, roughly 40,000 by Lutton’s best guess. But the relocation/recession meant that she recently had to lay off three employees, leaving 2.5 coworkers when there used to be eight. Lutton herself typically works six days a week, sometimes more. At one point this year she worked three straight months without a day off. Such is the life of an independent bookstore owner.

“That was a sign of the economy,” she said. “It’s just thriftier to run one shop instead of two.”

As for her experience with Sound Transit, the agency that took possession of her store through eminent domain, she’s basically sanguine about how it all went down. The relocation money provided by the agency didn’t come close to what was required to reopen her store — adding a wheelchair ramp alone cost roughly $20,000 — nor does she think Sound Transit’s efforts at signage and promotion were or are sufficient. But she said it things could have been worse; after all, she’s still in business. Lutton gives the agency a B, even B-plus, all things considered.

“For one thing, Sound Transit first told me I’d have to leave by 2001 and they didn’t get around to it until 2008. Their delay helped me out a lot,” she said. 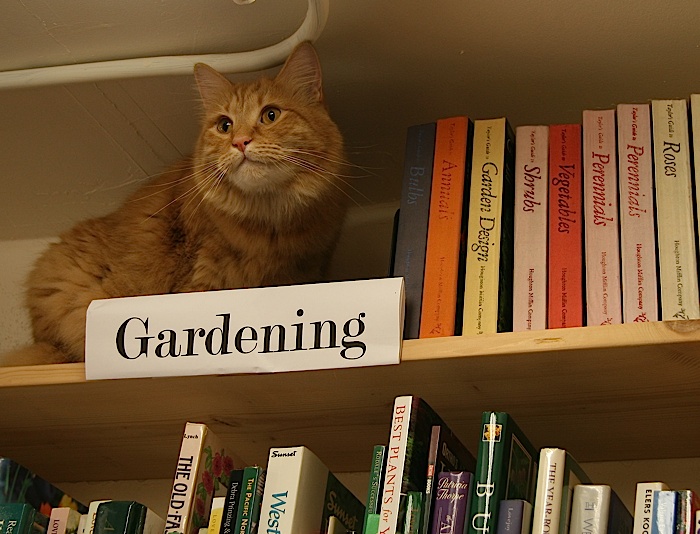 She’s less enamored with her dealings with the city, saying that obtaining the permits allowing her to convert the space into a used bookstore was cumbersome, expensive and often subject to the evolving whims of bureaucratic capriciousness.

“Don’t get me started about the city,” she said.

Lutton projects more than just cautious enthusiasm about the prospects of enduring through tough economic climes. It took years, but she said she was very lucky to find Twice Sold Tales’ current location. And after 20 years she clearly still relishes being a bookseller. Recently a customer came in and asked for a specific algebra textbook. Jamie had the title at the counter within arms reach and handed it over within seconds. It had been in the store for months but Lutton was just resorting it. Such moments of serendipity — not to mention a $50 sale — bring a smile to her face, not to mention the stunned look on the face of the customer.

Lutton acknowledges that the Internet, Amazon’s Kindle, changing reading habits etc. make the notion of running a brick-and-mortar used bookstore a far more precarious proposition than it used to be. But she’s determined, and actually even nominally optimistic, about Twice Sold Tale’s chances:

“I’m having a good experience here. Business is not great but it’s acceptable. I have a corps of regular customers who keep me open and I still have eight years left on my lease. I’m planning on staying. Besides, I don’t know how to do anything else.”

I know it’s been hurting their business, but I for one am happy about Twice Sold Tales move – they’re now only a block away from my apartment :)

I went into this space 2 weeks ago and Jamie was very nice to show me around. I found a great book by essayist Lee Segel. I can’t wait to finish and go back to get another book. It’s places like this that deserves (our) money.

One of the things I miss most about Seattle is Twice Sold Tales. My partner and I must have been in there at least once a week. I never met anyone better suited to her career than Jamie. Long may she re-sell!

Do you have his 1st edition hard back of London, Paris or Boston?

Found your site! It was nice talking with you at the dog park in Colorado today. I’ve enjoyed reading about your book store and hope our paths cross again. I love bookstores (as a librarian this is probably not suprising) Thank you for the tip regarding Oracle – it just so happens I do have document management experience from previous work at a university library, so I was grateful for this bit of information.

All the best to you and I do hope you enjoy your time in Colorado.