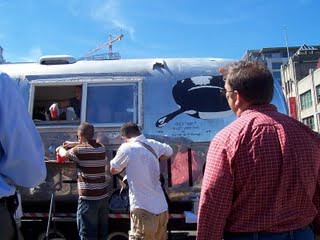 In what would be a surefire coup for 12th Avenue, we received the following tip from a CHS neighbor:

A customer recently identified himself as the owner of a new restaurant slated to go in at the Packard Building [at 12th and Pine].  The restaurant will be called “Skillet,” and the menu will be “American food. Burgers and stuff.” He says that he spent the week meeting with contractors, and that it is slated to open in January.

We were able to confirm with Kate Stineback of Capitol Hill Housing that the 12th & Pine corner of the Packard development is designed to house a restaurant (wiring, ventilation, hood, etc).

Josh Henderson, Skillet’s co-owner, responded to our inquiry with the following:

We are in discussions and could possibly be signing an LOI as soon as next week. Nothing is official at this point though

We also received a press release announcing that Fleurish, a floral design studio (currently open by appointment only at 1308 East Union) will soon be opening an orchid store at 1412 12th Avenue.

CHS has a call out to Nisha Kelen for comment. The website currently says the shop will open on 12/5/09.

Nisha Kelen, owner of Fleurish and one of Seattle’s most beloved floral designers, will open Fleurish-Orchidée at the beginning of December, just in time for the holidays. The shop will feature a range of orchid presentations from $5 stems to $500 potted orchids. Kelen is working with local artisans to craft vases and pots in wood, ceramic, glass, spun wood, concrete and stainless steel that will be unique to Fleurish-Orchidée. Watch the Web site for the opening date.

I hate to be the guy that nitpicks formating but this article really bothers me. I love Skillet but trying to get any info out this article was nearly impossible.

1) The title implies that the store opening is Skillet *plus* a flower shop – instead there it’s two separate shops that aren’t even that close to each other or related in any way.

2) Skimming the article there isn’t any separation between the two stories and neither the map nor the street view has any useful label. It just looks like you just don’t know were 12th and pine is.

3) In this article there are 3 pics, 8 paragraphs, 3 different indentation levels and 2 unrelated stories. This is basically impossibly to quickly scan and get information out of. The quotes that are visually attached to the pics aren’t related and in one case it’s for the wrong story.

Thanks Clint – next time – may choose to do this as 2 separate stories – Skillet opening at 12th & Pine and Fleurish opening on 12th between Pike & Union.. Sorry for the confusion.

I thought it was fine. The two stories are related because both businesses are coming to 12th Ave. Exciting news about Skillet – hope it’s true!

I have to agree…this article could use an edit pass/rewrite.

That’s much more readable now, sorry for the rant.

Now the hard part is just waiting until January – Skillet has the *best* burgers in the city, can’t wait to get my hands on one!

Boy, did I miss something … the red meat era is long gone.

All the critics of the post are off the wall – this is not the New York times – simple country blog in the simple little city of Seattle.

Poor Justin, picked on by the perfection queens having a bad day. Content dears, all about content. It is a fast moving site. Is the info there? You bet.

“It is a fast moving site. Is the info there?”

I don’t tend to go down to that side of the Hill much, but I did read it as 2 separate shops both opening on 12th, hence the link.

As far as hamburgers go, once a month is perfectly reasonable imho, and especially if only eating one a month, you’d want it to be a great burger, no? (Disclaimer: I haven’t been to Skillet and I generally prefer the hamburgers I cook myself.) Regardless, new businesses opening on the Hill is a good thing.

Do you mean the red meat era is gone for you and the people you socialize with? Quiet an inaccurate generalization.

That being said, Skillet has really gone down hill in the last 6 months. They seems to be expanding to fast and their quality has dipped significantly.

Their bouncin’ around schedule is too hard for my li’l ol’ brain to handle, so I’ve never had a chance to try them. Maybe now I will!

I love this blog, check it out every day, but even now this article is still confusing: “..1412 12th Avenue will soon be opening an orchid store at .” Title is confusing too, I agree.

This poor little post is doomed. Fixed the production errors you noted 7up. They were introduced yesterday when we added the double map to help clarify why the two topics were included together. A bug in the mapping system sometimes drops in mapped location text into… ah, fuck it. This one is a little sloppy nugget of information. Skimmers know we might get a Skillet.

I asked the building manager if he could confirm who was moving in, but he wouldn’t (couldn’t) say. However, he mentioned CHS and we exchanged meaningful looks.
Just doing my part to perpetuate the rumor. I have nothing substantial to add.