UPDATE 6:41 PM: Got a note that clears up some of the decision making process behind the removal of the Broadway bike corral:

The rack placed in front of the QFC on Broadway was removed because it had been damaged.  The rack design and location were part of our pilot project, which allowed us to test different configurations and sites.  It is unlikely we will install  a new rack there because the demand for bike parking at that location was low.
SDOT will consider other Capitol Hill locations in 2010 as we explore additional spots citywide.  (To better support cyclists, SDOT has installed over 800 off-street bike racks over the past three years along with on-street bike parking at a number of locations.)
If bike riders have ideas about where new on-street bike parking should go on Capitol Hill, they can let us know by e-mailing [email protected]
Rick Sheridan
SDOT

We’ve asked Sheridan for more information about what caused the damage. In the meantime, let your on-street bike parking ideas flow.

Original Report: There’s one more place to park a car on Broadway. One of Capitol Hill’s two experiments with on-street bicycle parking has disappeared. We were first alerted to the disappearance of the ‘bike corral’ in front of the Broadway Market QFC by @zlogblog’s Tweet: Wtf? big bike rack in front of north broadway qfc is now gone.

Here’s an image of the corral in all its glory this summer. It was ugly but it was used. 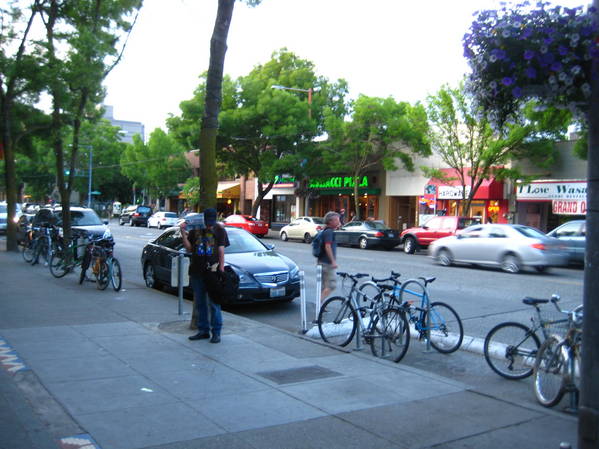 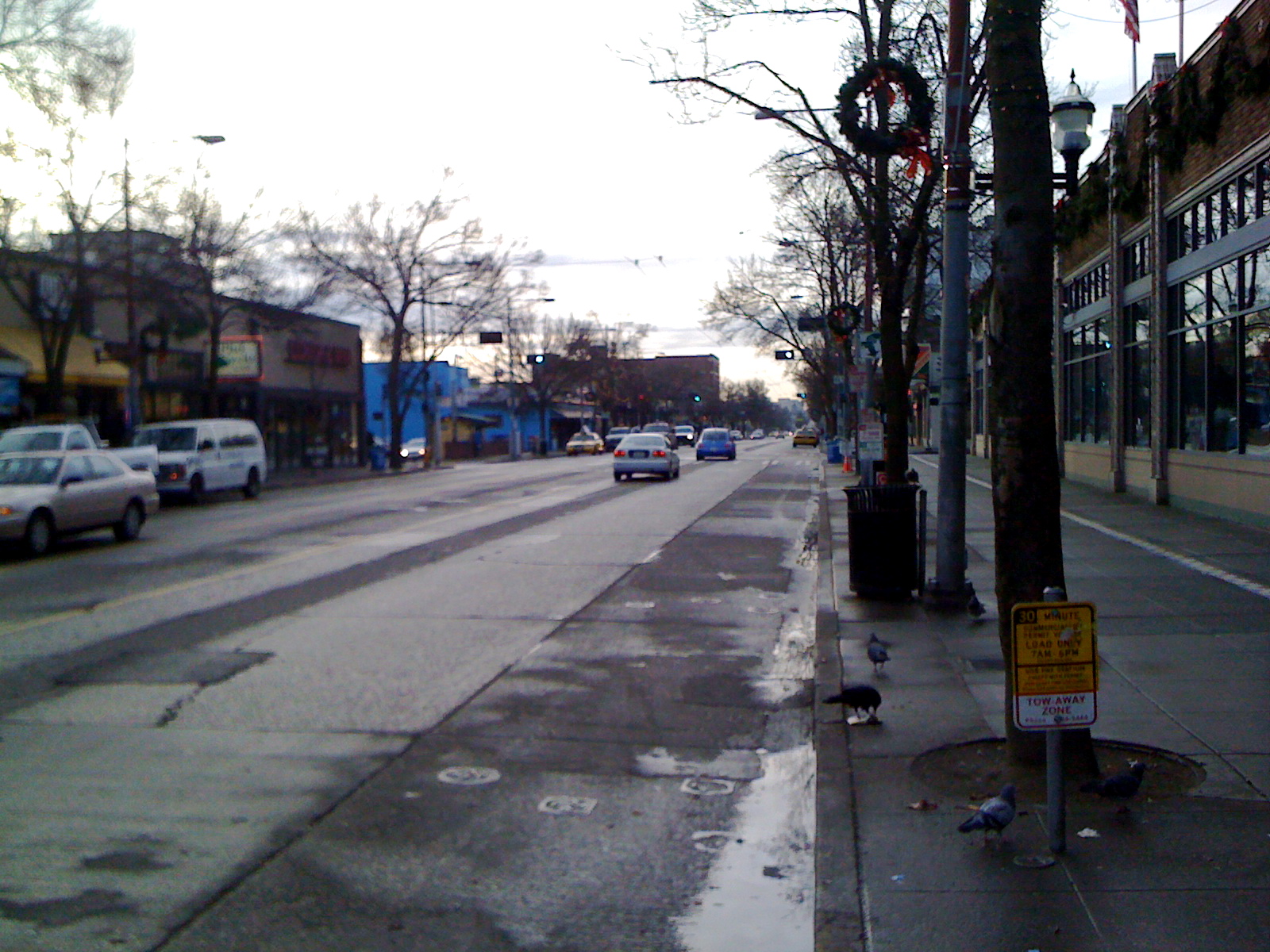 Zach went on to tell us that a QFC employee said the corral has been gone for weeks, disappearing around Thanksgiving.

Here’s another shot of the corral just after it was installed in February.

We’re still waiting for an explanation from the Seattle Department of Transportation — they’re understandably busy today with the announcement that SDOT director Grace Crunican is resigning — so no official word on the removal yet.

SEATTLE – Grace Crunican, director of the Seattle Department of Transportation (SDOT), announced today that she will step down as the head of the department. After eight years of service with the city of Seattle, she will depart to start her own consulting company. In order to assist the incoming McGinn Administration with critical transportation issues, such as the Mercer Corridor project, Ms. Crunican will continuing serving until a new director has been identified and the transition is complete.

We haven’t been over to check but assume the other bike corral in front of Cafe Presse is still in place. More when we get a chance to talk with SDOT.

But they need to be placed in spots where they will be used. This one was usually empty whenever I passed. Apparently people don’t go to QFC on bikes. The off street corral at Madison Market however, is often full – a dozen or more bike. Bike parking sucks at the Cap Hill library. Who wants to lock a bike in a place where thieves will be more tempted (low visibility). Why not put a bike corral on Harvard in front of the library? Have someone drive around Cap Hill and do a bike count?

At Vino Verite on Boylston on Olive, we came in one day to find the yellow load zone in front of our shop converted to a white 3-minute tow-away zone. Furthermore, the new white zone was painted in front of a residence’s garage door driveway. It was a shock, needless to say, and a potential problem for our business! People need to park there to deliver and pick up wine, and during the holidays a lot of call in orders came in. Here’s the good news: we and our landlord got communicated the issues right away, and the response was polite, precise, and quick. The yellow zone has already been repainted. A big holiday thanks to SDOT admin and their crew.

I rarely drive in the city, and often bike, but this bike spot was terrible. There is absolutely no reason to take up street space with bike parking when there are perfectly wide sidewalks that could accommodate more bike racks without disrupting pedestrian traffic.

The city seems to pay no attention to wide sidewalks and parking potential for bikes and scooters.

You can tell most of the bureaucrats ride in cars and don’t walk around much .. unlike the peasants.

Interesting. I had not noticed it gone. It was horribly, inexcusably ugly. Perhaps we might get a better plan and maybe even much better lock-ups like this award-winning one in NYC: http://daryllang.com/blog/985

I agree completely with src….the sidewalk in front of QFC is unusually wide and there are at least two, more conventional bike racks there. I commend SDOT for re-evaluating the need for a “corral” there, and getting rid of it. But I wonder how much it cost the taxpayers for this unwise “experiment?” I believe I read that each “corral” costs several thousand dollars.

How do you know they didn’t have data to suggest the experiment was worth the cost. Most experiments cost something and whether it was wise or unwise is a bit subjective. You make a good armchair SDOT employee.

SDOT spokesperson is out on holiday through Jan. 4th. Looks like we’ll have to dig back into this one in 2010.