For the past 9 months, Gabriel Campanario has been sketching his way through Seattle as part of his Seattle Sketcher blog for the Seattle Times.  A native of Spain, Gabriel mixes old media with new, sharing his sketches live via twitter, and journalism with art by using his sketches to tell stories as he learns about his new home city.  I caught up with Gabriel while he was sketching the Jimi Hendrix statue and talking to passersby about their thoughts on its possible move to the planned Jimi Hendrix Park. 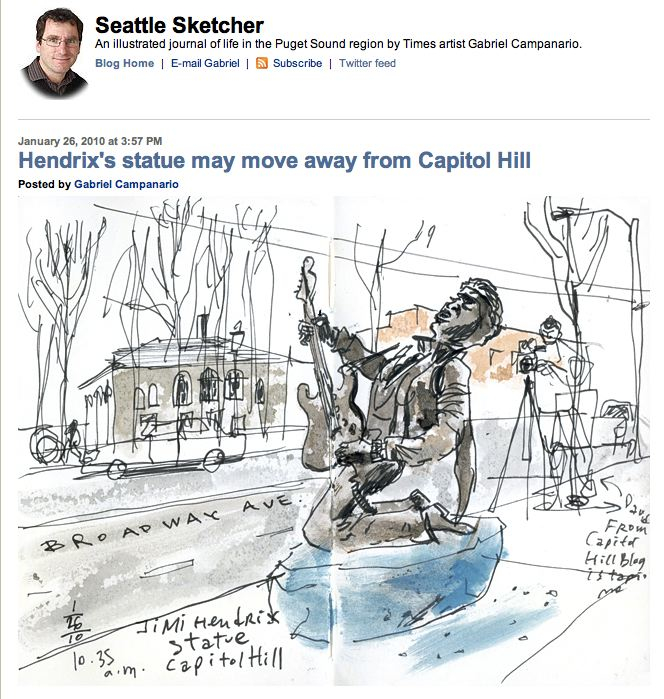 Gabriel also runs the site Urban Sketchers, a network of sketchers from around the world.

If you have an opinion on whether or not Jimi should stay on Capitol Hill, or just want to get involved in the Jimi Hendrix Park Planning process there is an open house at the Northwest African American Museum (2300 S. Massachusetts St.) tonight (Jan 28) from 7:00 – 8:30 pm in Artist Workroom #1.  More info here.

And for anyone reading this from an iPad or iPad mini, the video is also up on youtube.