Photo Attorney reviews the pleadings ( Mackie’s complaint and Hipple’s response ) filed so far in the case and concludes that a key test in deciding Mackie’s case against Hipple will be Gaylord v U.S.  She summarized the Gaylord case as follows:

The facts are convoluted, but, in sum, the artist of “The Column,” (a sculpture depicting 19 Korean War soldiers that is part of the Korean War Veterans Memorial KWVM in Washington, D.C.) sued the USPS for its stamp that contained a photo of the work.  The court found the stamp to be a fair use because it was a transformative work, having a new and different character and expression from that of the sculpture.

So readers, what say you? Was Hipple’s work a transformative work? 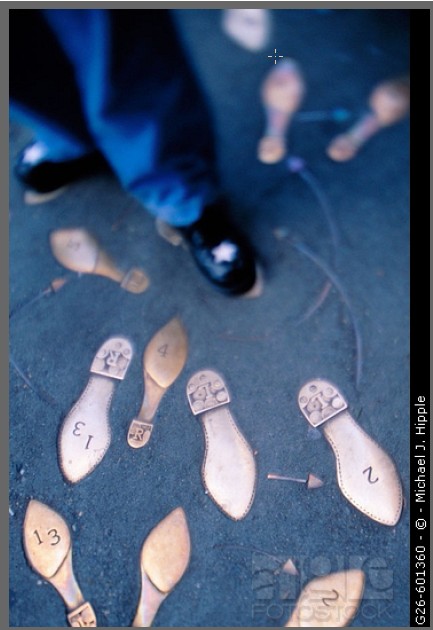 Consider whether Hipple’s work is less tranformative than Mackie’s.  One of the issues that Hipple raises in his response is that Mackie’s own work is itself derivative of the Mambo choreography and not deserving of copyright protection.

Some of the commenters to CHS’s initial post were incensed with the notion that public art could inure to private benefit (beyond the initial commission).  We looked into the issue of whether it is common for public art administrators to allow commissioned artists to retain the copyright.  Apparently, this varies by agency and by contract (so it would be possible for Seattle to negotiate to retain the right – they just do not).  We questioned Ruri Yampolsky , the City of Seattle’s Public Art Director about the reasons for having the artist retain the copyright. She noted that this is a generally accepted practice. When questioned specifically on the Mackie case, she commented that Mackie was simply protecting his copyrighted work from infringement.

No one is stealing Mackie’s work if the news media stays away I bet he will. What about the unknown underground guy Mackie picked up the idea from remember those white outlines all over the hill just before the foot steps, was that you Jack?
http://stillahippiesnewsblog.wordpress.com/

In my opinion Hipple’s work is not tranformative, therefore I doubt the fair use legal argument will fly. Mackie’s behaviour is aggresive, it seems, but as I’ve said here before he has every right to protect his copyrighted work. It seems that the court system should be able to decide what’s too aggresive. I don’t think Hipple should be flogged financially, but I do support an artist’s right to protect copyright.

The City of Seattle bought and paid for this artwork from an “artist” who certainly knew that it would be put on very public display. So why should he have any expectations that it would not be photographed as part of another piece of art? We need to start looking into the contracts with these Fine Artistes that give them any rights at all to the product after they have sold it to the city.

We should also note that while putting brass dance step patterns in the sidewalk was this artist’s idea, he didn’t invent the concept, and Arthur Murray’s heirs aren’t whining about it. And is this litigious artist paying royalties for his use of someone else’s original concept?

Public art is a basically Good Idea. But we need to draft the future contracts so as to avoid this sort of nonsense.

has the world gone crazy?

It’s public art and he took a picture with it in the background just like the f’ing Space Needle. Someone asked it to be removed and it was…immediately. This case just makes me so angry. But then there’s people like Michael Wells who lack a rational brain.
Many (and I mean many) people out there take pictures in their spare time and sell them. Sounds like our own Director of Public Art is setting us all up so that this dickhead can simply profit from it. Ruri Yampolsky needs to lose her job and I will not rest until she is fired.

Is Mackie also going to sue the movie crews setting up to film scenes on Broadway if some of the steps can be seen in the footage that makes it into the movie?

I’m moving quickly to the conclusion that it is time for the steps to be removed.