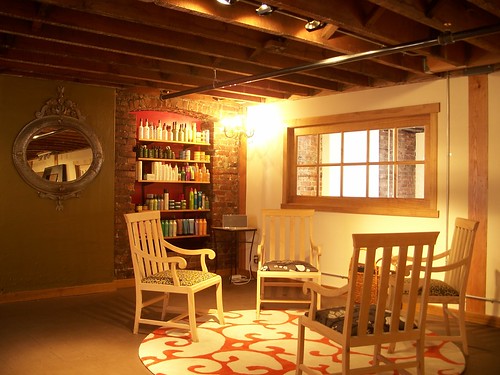 In early April, Hair Connection ended its quarter-century run on Broadway when it relocated to the Odd Fellows Building at 915 E. Pine St. in Pike/Pine. Hairdresser Hutch Cathey’s reasons for leaving Broadway might be a lesson about the challenges — and the opportunities — the area faces in perception if not reality.

“I heard from a lot of my clients that they were tired of walking on Broadway because of the streetkids, the homeless people, and the aggressive soliciting [by canvassers],” said Cathey, who has worked at Hair Connection for ten years.  “Since we’ve been here, it’s been really nice.”  Many clients say that even parking is easier in the new location, Cathey said.

The salon’s new home is located on the second floor of the Odd Fellows Building and is accessed through an internal stairwell. The space features exposed wooden beams and a decidedly more cocoon-like feel that Cathey describes as being “a bit like a speakeasy.” Cathey said that business has improved despite the salon’s not maintaining as visible a presence at street level.

“We were expecting to not have any walk-in clientele, but in fact we have had a couple,” said Cathey.  “Business has picked up a little, which was strange, because any time you move a salon there will be a slight decline in clientele.  We haven’t had that.”

Hair Connection owner Jim Vasser considered other spaces on Broadway, on 15th Avenue East, and elsewhere in Pike/Pine, but ultimately the space in the Odd Fellows Building was the most affordable.

Despite the loss of neighborhood fixtures like Hair Connection and Bailey-Coy Books, Cathey is confident that the Broadway business district will recover, albeit in a way that may not resemble the Broadway-of-old.  “[Broadway] is going to do fine,” he said.  “The problem with the northern part of Broadway is it’s going to be homogenized.  The only businesses that can afford those rents are large chains.”

The former home of Hair Connection next to the Cafe Vivace walk-up stand could be the home of a smaller venture, however, wedged between a legendary coffee walk-up and the newly expanded Crossroads Trading.

And the move to Pike/Pine can’t solve all the potential urban ills. Despite Cathey’s hope that Broadway’s aggressive canvassing operations not follow Hair Connections to Pike/Pine, as I left the interview at the Odd Fellows Building, I was promptly approached by three Planned Parenthood canvassers. 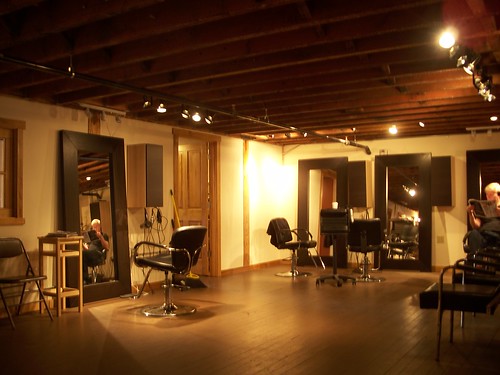 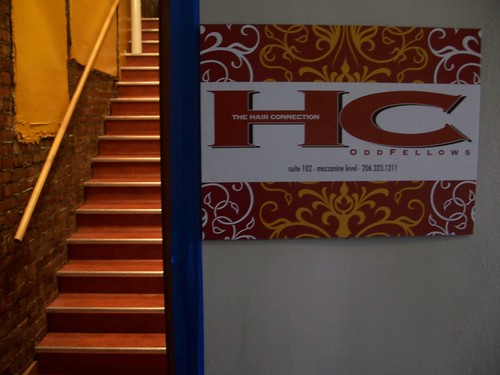 The canvassers are becoming worse than the street kids and bums.

Good luck to Hair Connection at their new location!

My dogs are sure going to miss Hair Connection being on Broadway. When my wife and I take our dogs to get our Saturday morning coffee at the Vivace sidewalk cafe, a lot of times someone from Hair Connection would come out and give them treats. My dogs and I wish you the best but you will be missed.

Ffr the Panera to creep down the street. Has anyone noticed how much less trash is about since the Jack in the Box (the worst magnet for an undesirable element) and the tiniest Taco Bell (which i kinda miss)are gone? Regarding an earlier comment–More litter indeed!

its getting harder north of john to be on Broadway–saying no has become an art form.

Show me a neighborhood without any billion dollar chains though, and ill move there in a heartbeat.

I agree that Broadway between Pike/Pine and Mercer is in need of some new energy, but I got to say, the Northern most section of Broadway is like my favorite place in all of Capitol Hill. Bliss soaps and Edgar are both amazing retail stores with very involved and enjoyable owners. The food options run the gamut of style and price. And you even have some super unique places like Metrix Create Space and the Quest Book Shop. Also the architecture (IMO even the new one with the fountain) is all really nice and welcoming. Heck, even the Starbucks is awesome, at least for a Starbucks, with a fantastic interior and some hit-or-miss free films.