With St. Mark’s, St. Joe’s and Lake View Cemetery, it’s not unusual to see a funeral procession through north Capitol Hill. It is not every day, however, when we know who the ceremonies are for and who has passed. Saturday at 1 PM, St. Mark’s Cathedral will be host to a service for the Rt. Rev. Robert Hume Cochrane, sixth Bishop of the Episcopal Diocese of Olympia, who died earlier this month at the age of 85. Here’s some more about his life and ministry: 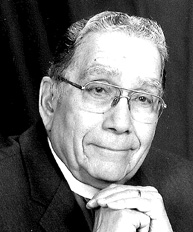 Cochrane, who said he “never expected to be in this position,” was the only bishop in the history of the Diocese of Olympia to be chosen from among its own clergy. Early on, he identified evangelism and mission as priorities of his episcopate.

“My vision in ministry is for evangelization so unashamed that it will produce strong congregations all over the diocese,” Cochrane said in his 1980 address to convention. During his episcopacy, 12 new congregations formed in the Diocese of Olympia. In 1982, he reminded the diocese of its commitment to evangelism and church growth.