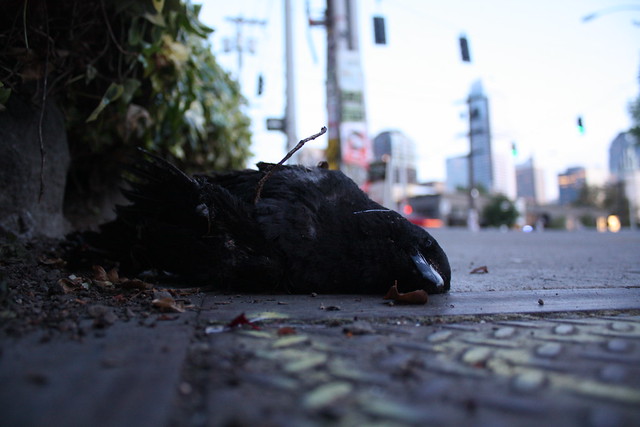 According to the city light guys- apparently there was a crow that got stuck in the power box at the top of the telephone pole on the NE side of the Pine/ melrose intersection. Power outages throughout the neighborhood, and several shops closed…

Goes against the ‘hood bloggers creed but I stepped into the story and moved the bird into the bushes after the picture so it’s gone now.

We had three outages yesterday. The largest affecting 2800 customers was bordered by Republican on the north, Denney Way on the south, Aurora on the West and I-5 on the east.

All three were reported as underground cable failures.