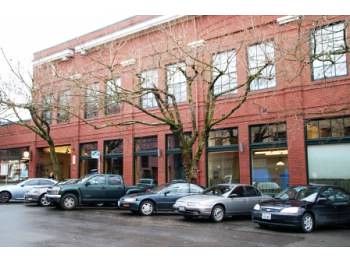 Last month, CHS broke the news that Holly Smith was planning on helming a brewpub at 1000 East Pike.  Last week, we noticed that 1000 East Pike has been listed for rent again (only $6375 / month folks).  Also, there was a very large “For Lease” sign adorning the building, when we walked by today.  We reached out to Jill Cronauer of Hunters Capital, the owner of the building, who confirmed that the Smith brewpub deal had fallen through.  The reasons cited included the expense of a seismic upgrade required by Seattle for the brewpub envisioned by Smith and her partners  (Quentin Ertel of Havana and Eric Hentz, the designer of Spinasse and Cafe Presse).

In other “deals falling through” news, we learned last week (thanks in part to intrepid CHS commenter ltrain) that The Alcove, a live music venue planned for Tidbit Bistro’s current space at 2359 10th Avenue East, will not be taking over.  The financier behind The Alcove will no longer back the deal.  Thus, 2359 10th Avenue East is back on the market.  Meanwhile, Tidbit’s buildout of its future space at 1401 Broadway continues apace.  They are hoping to open for dinner in two weeks (and for lunch in four weeks).