Here are a few images from the previous 24-hours of summer on Capitol Hill including Saturday work on two murals underway along E. John and a few scenes from Friday night’s free movie in Cal Anderson Park.

The massive red sound wall surrounding the light rail station construction area at 10th and John is the canvas for a new project from Sound Transit’s art program. Artist Baso Fibonacci is starting work on a 135-foot long by 24-foot high mural, according to a tweet from ST’s lead artist dk pan about the project. (photo: jseattle) 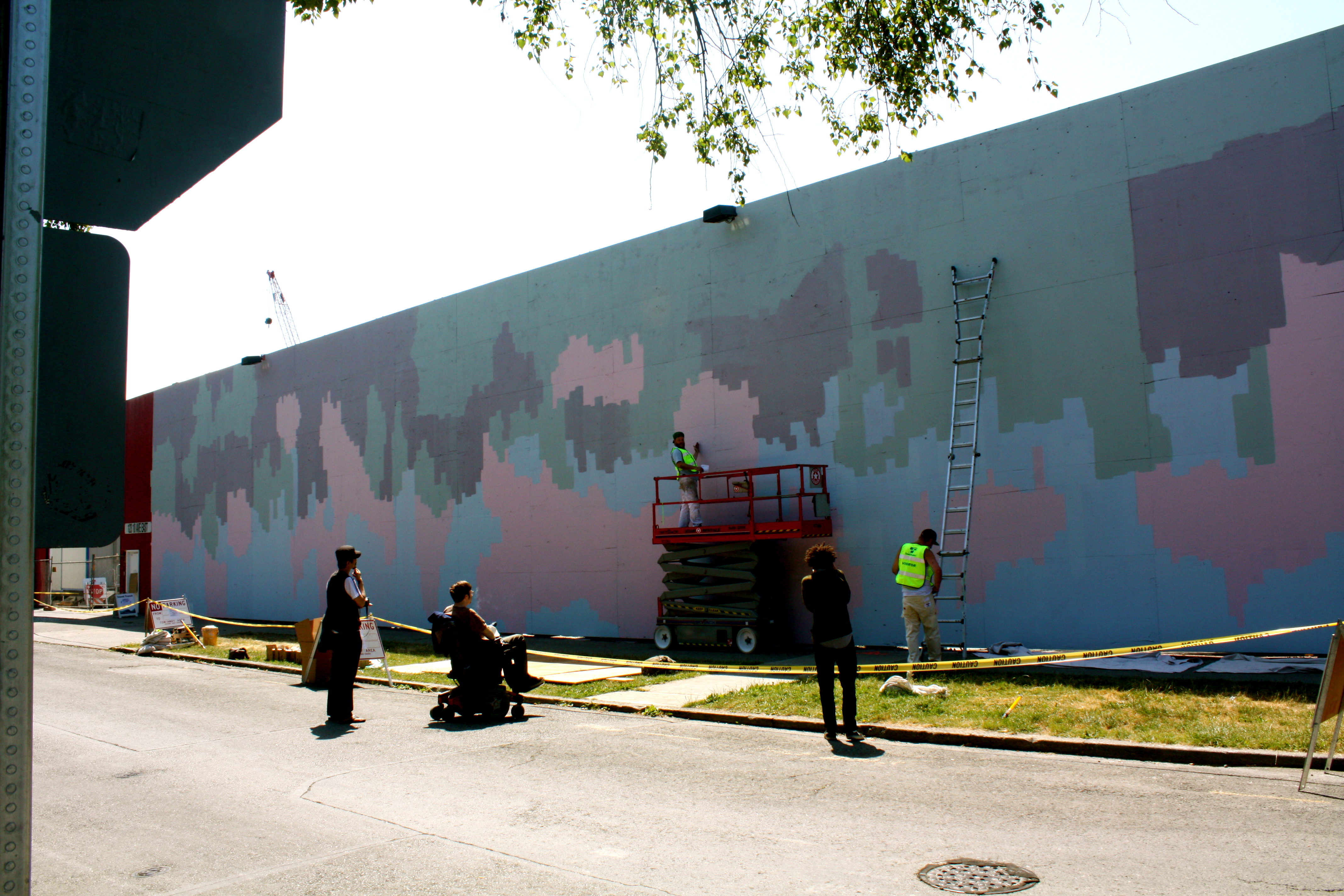 UPDATE: Those guys work fast. Here’s an update from around 9:00 Saturday night from @j2xl: 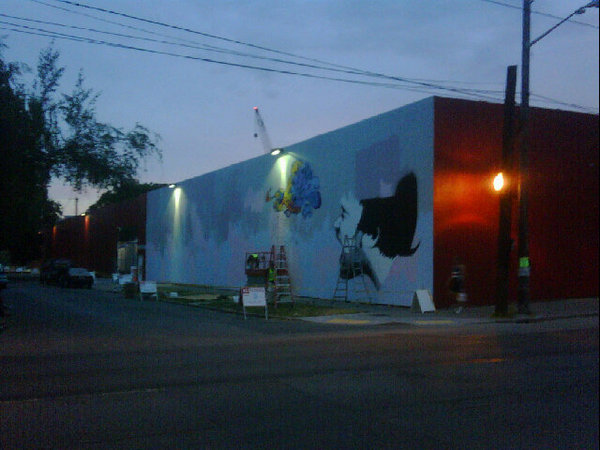 Meanwhile, just a few blocks uphill, Jeff Larson’s project has begun to transform the garage-door mural space that has been home to President Obama’s visage since the election. As you can see, the painting is still taking shape and it’s not year clear what the subject matter will be. Before the president, the door featured a fierce, Barbarella-esque space warrior. 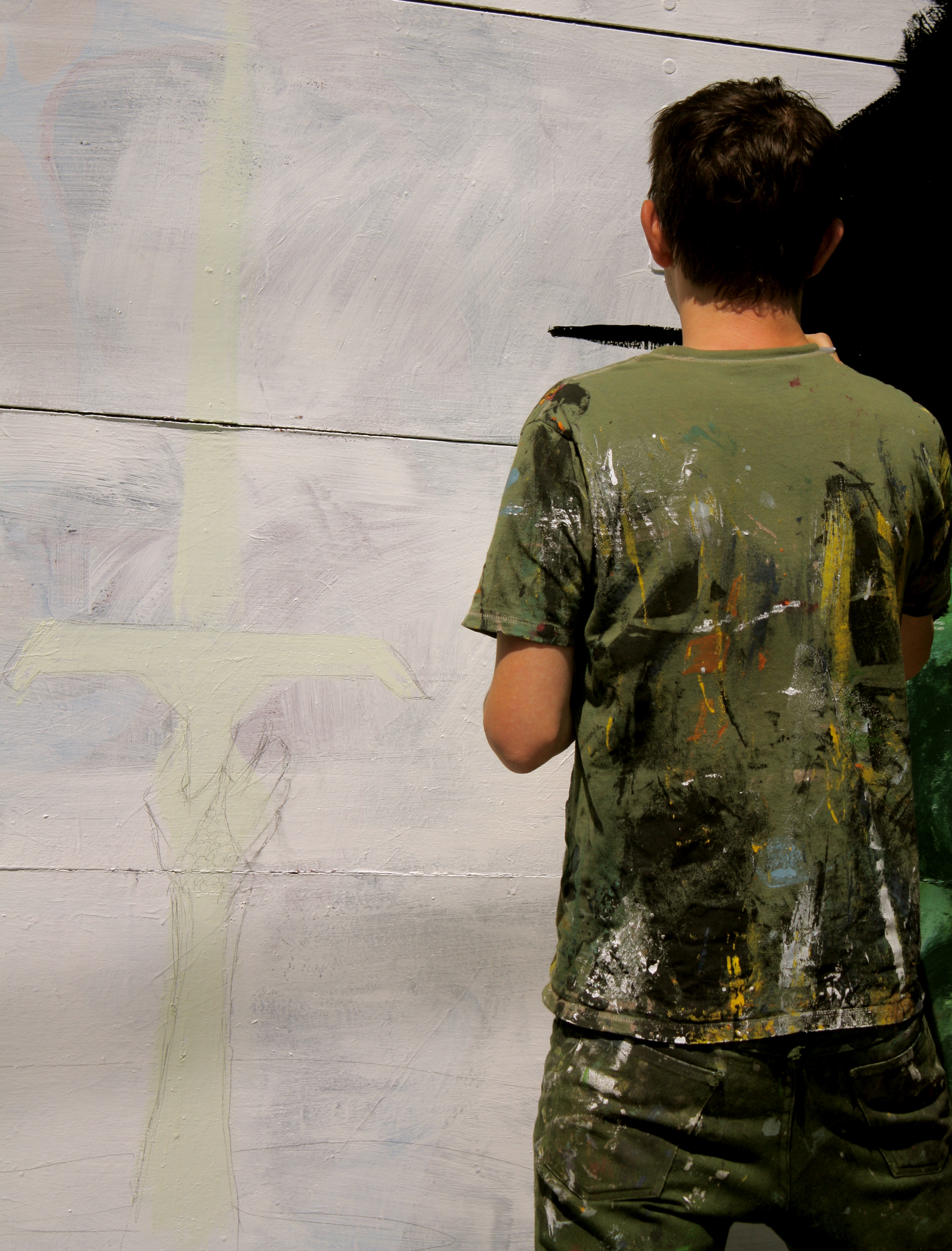 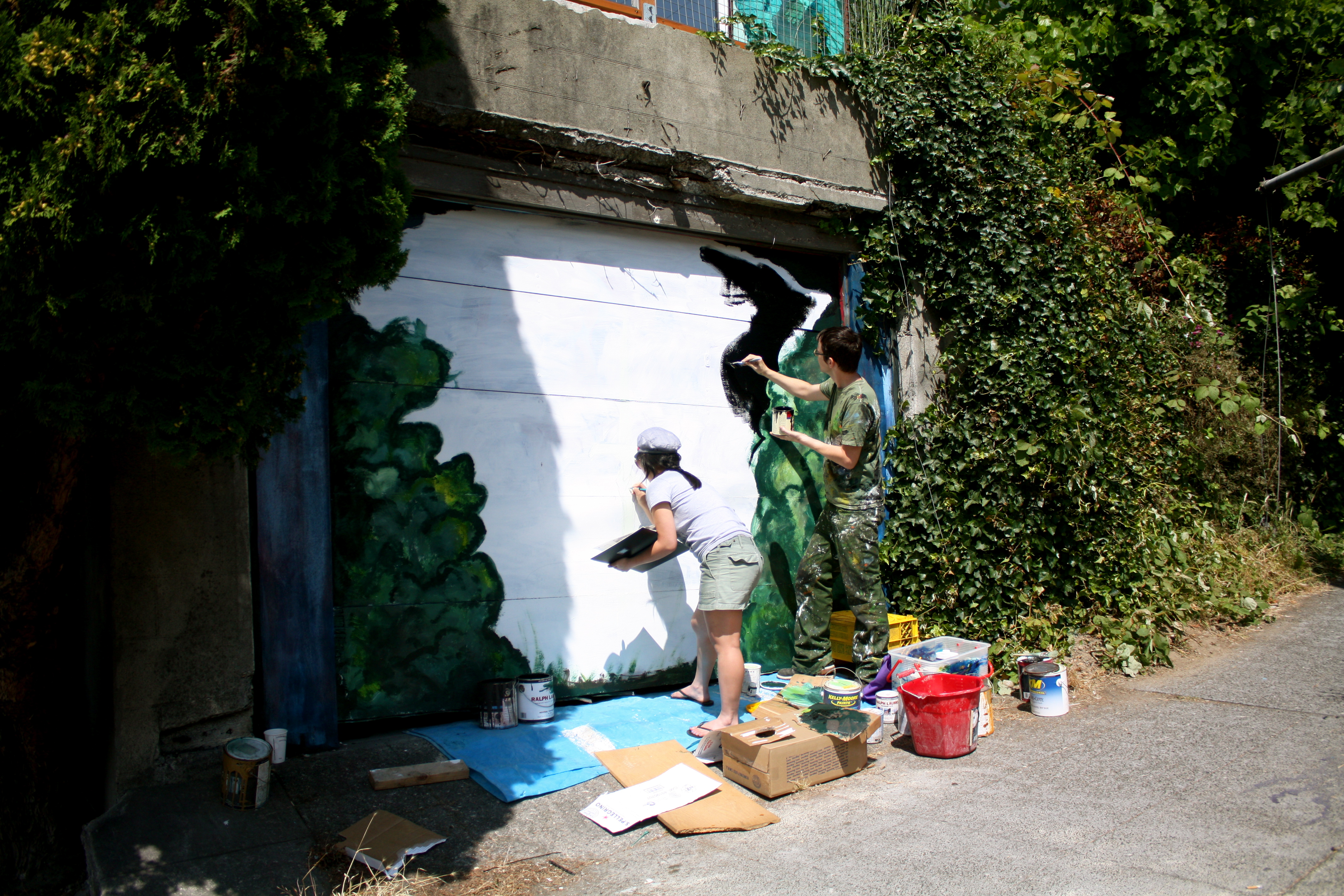 Is that a sword? (Photos: jseattle)

Friday night, Cal Anderson’s amphitheatre bowl was filled with spectators for the second installment of Three Dollar Bill Cinema’s Blonde But Not Forgotten free summer movies. The next showing is on Friday, August 13 but, no, they won’t be showing a scary movie. Unless you consider Madonna scary. 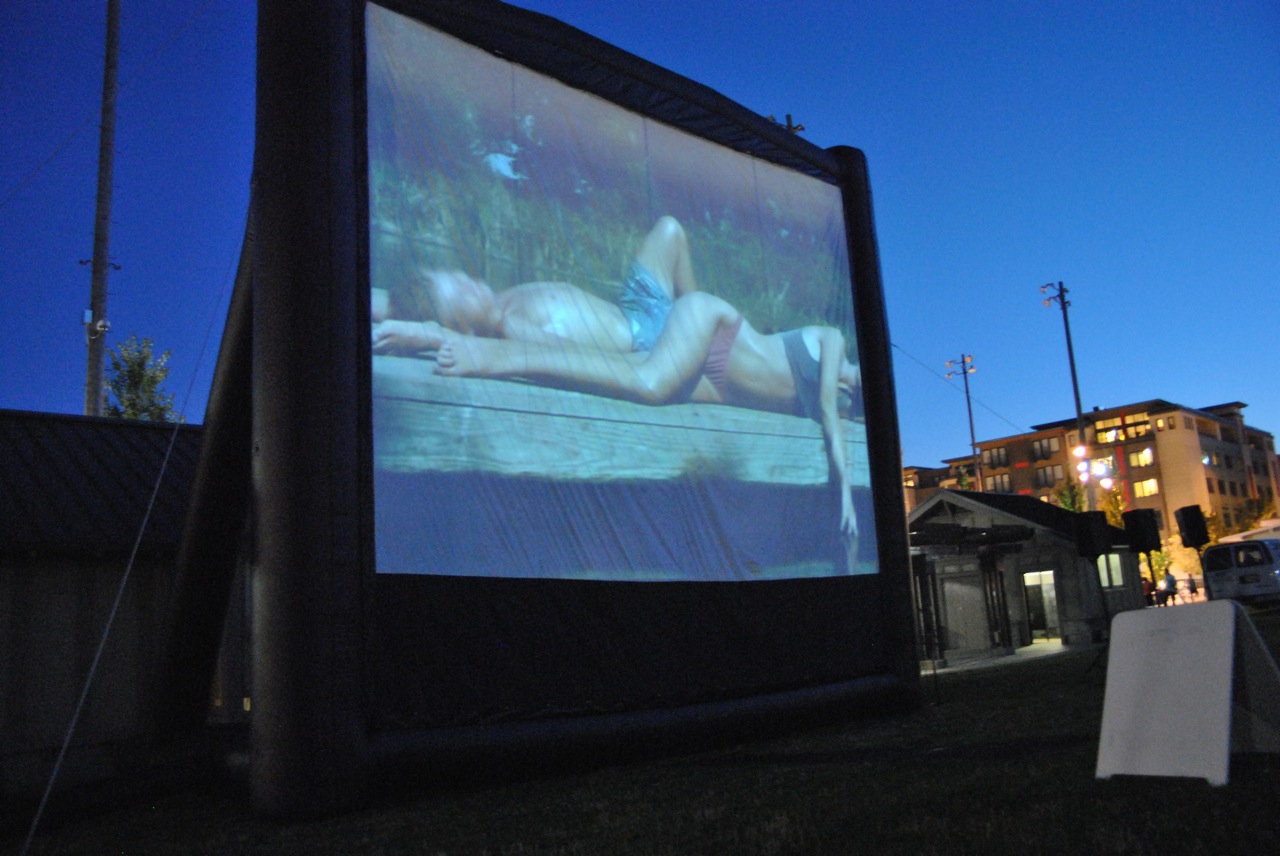 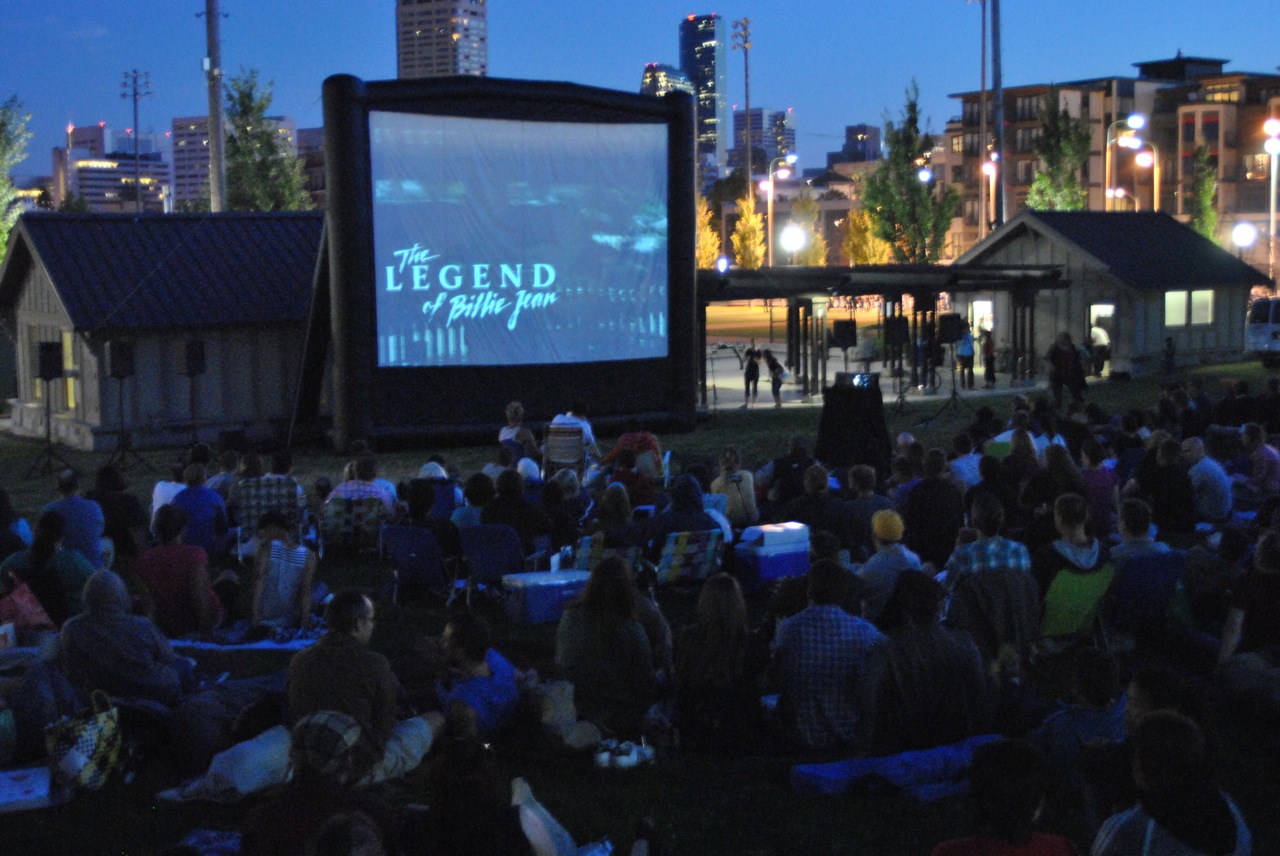 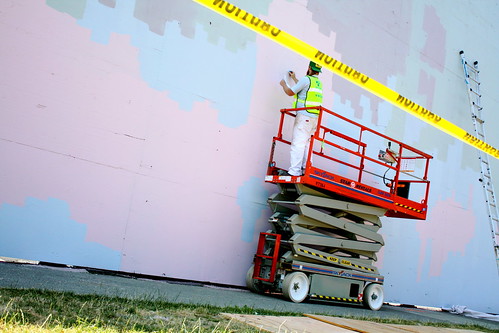