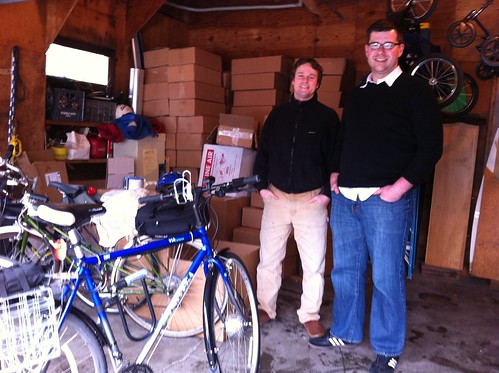 Seattle can paint more bike lanes on the streets, but it is not likely to flatten any more of its hills. To some people who are interested in riding a bicycle to get around, the city’s geography is a deterrent. But one company headquartered in a garage on Capitol Hill has created a bike wheel they hope will make huffing and puffing up a hill history.

It’s called the Hill Topper. It’s an electric bicycle wheel that replaces the front wheel of any bicycle. Press a button on your handlebars and you get a boost of power. Let go, and your bike goes back to full human power.

“The point is not to change the way you ride your bike, it just takes the crappy part out of your ride,” said Clean Republic CEO and Co-Founder Michael Shope, who grew up near Stevens Elementary in the house just across the back yard from Clean Republic’s sun-powered headquarters. But Shope is not an avid cyclist, he’s an engineer.

“I came from the battery side, not from the bike side,” he said. After college in North Dakota, he knew he wanted to work with renewable energy in some way, and he saw a void in the American electric bike market.

“There was a vacuum in the US even though everyone thought they were cool,” he said. “We thought everyone else’s designs sucked.” 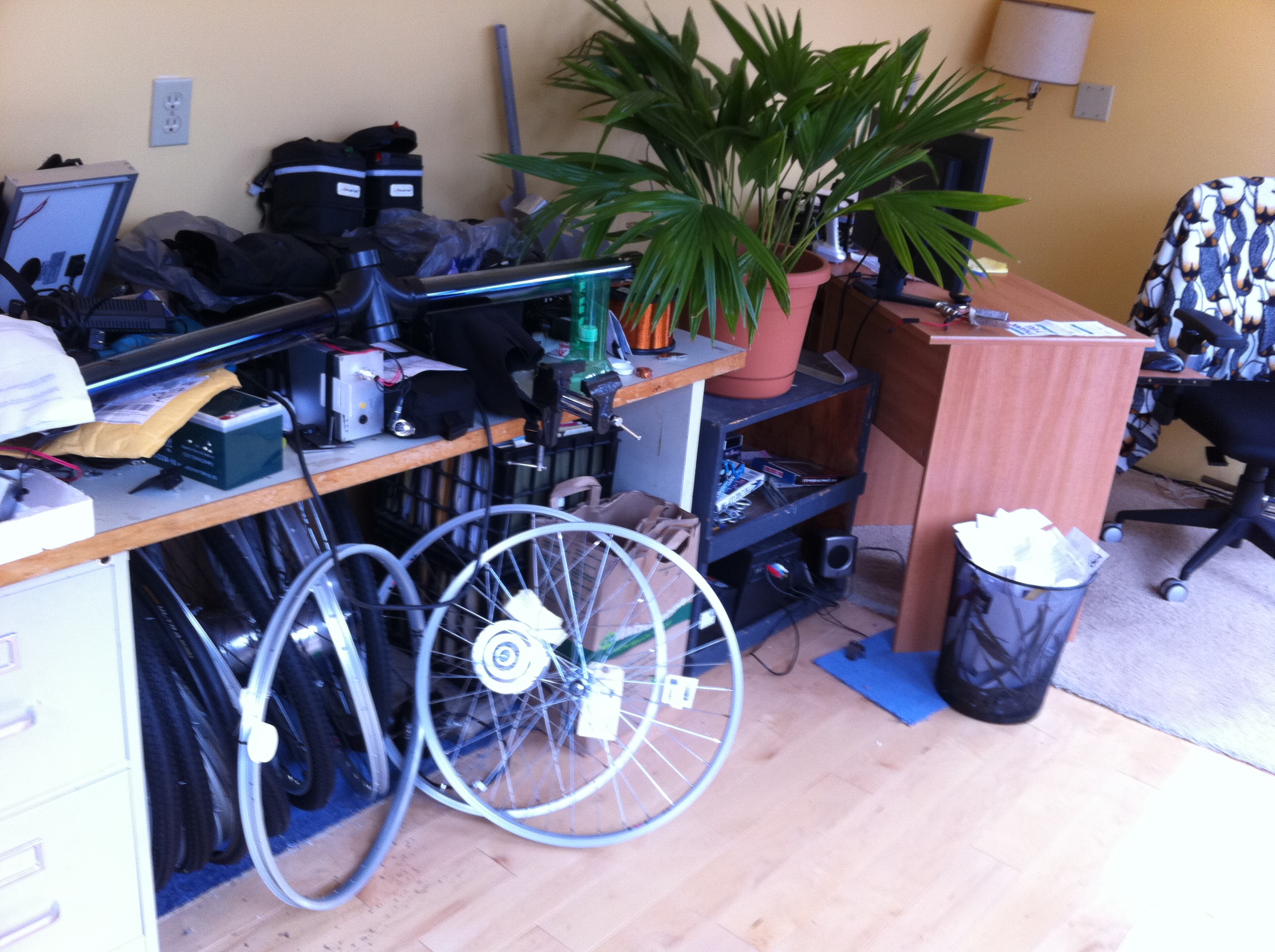 Electric bikes are very popular elsewhere in the world, particularly in Asia. According to the New York Times, there are more than 120 million electric bicycles on the roads in China. But the e-bike industry has yet to take hold in America with the same voracity.

Business for Clean Republic, however, is taking off. 2010 was the company’s first big year, and it has sold over 1,000 Hill Topper kits to date.

“All our problems are that we can’t build them fast enough,” said Shope.

What sets the Hill Topper apart from many of the other kits out there is that it is simple and relatively low power. At 250 watts, the electric motor acts more as an assist when you need it than a replacement for your feet. While some e-bikes are designed to take the pedaling out of riding altogether, you still have to pedal the Hill Topper. But the smaller wattage allows the whole kit (battery included) to weigh in at only 6 lbs.

I had the chance to take a short spin around the block near their office last week. The wheel (actually a top-secret prototype of a new model) was installed on an otherwise completely normal 1990s hybrid bicycle that belongs to the company’s new Sales and Marketing Manager (and longtime friend of Shope’s) Chris Mobley. The wheel behaves just like they described it. When pedaling, the bike is a little heavier, but otherwise feels like riding any other bike. But press the little button on the handlebars, and each pedal stroke feels like it has super powers.

On flat ground, the motor can keep up a standard cruising pace on its own without pedaling. Going up hills, it can slowly chug its way up without pedaling. Add just a little human-power help and you’ll be going up the hill faster than you ever have before. I happen to ride up the hill near their office often, so it was fun to compare the experience to my regular climb.

So is it cheating? Well, to some cyclists, it might be. After all, I like riding up hills. But that’s not an issue for Clean Republic, said Shope, because their customers are people who just want to ride a bike or save a little money.

“They’re not spandex people,” he said. While I was there, Mobley took a call and sold a kit to a woman in Michigan who, after many years of cycling, had developed a heart condition. She was buying the kit so she could keep riding.

The kit can also be used to make other bike-powered tasks more practical. Take, for example, this customer-made video of a Hill Topper wheel helping to haul a child in a trailer:

They advertise a 20-mile range per charge, but that of course depends on how much the rider uses it. All wheels are hand-built at their facility in North Dakota, where co-founder Young Hou lives. Kits cost around $400 for a heavier (11 lbs, 10 miles) standard battery and $755 for the lightweight (6 lbs, 20 miles) lithium battery. You can also save some money by buying the parts and building the wheel yourself. Aside from online sales, kits are for sale at Electric Bikes Northwest in Ballard.

They will be at the Seattle Bike Expo this weekend if you want to check them out yourself.

I’m saving up to get a bike and one of these. What a genius idea!

This is the coolest solution to Seattle’s hills I have yet seen. Cooler still would be if you could re-charge the batteries when you go down hill.

Why do you present this information with no means whatsoever to contact these people? I don’t see a phone number, an address (other than 20 th E), or a web site.

That would be cool. I asked them about that, and they said it added tons of cost and weight to the project. Currently, the motor has a freewheel so that it does not provide resistance when not activated (which is a good thing). They said it would take something like three times as much effort to charge the battery than the battery would give (I think those were the figures, don’t quote me on that). So yeah, it’s definitely an idea that would be cool, but I understand why they chose to leave it out, at least for now.

Somehow I don’t imagine anyone in China is paying $700 for a wheel. Maybe that’s why these are more prolific there? I’d love one of these, but $700? Jeez. Aren’t there entire electric bikes for that cost, rather than just the wheel? I wonder if there is a warranty, repair plan, etc. I’d love to ditch the car and ride to work but not arrive soaked in sweat from the 2 gigantic hills in between!

Also, if you plan on using the bike a lot then I recommend spending more money up front to buy a higher quality bike or kit. Buying a cheaper, lower quality e-bike usually end up in higher costs in maintenance/repair and frustration.

I forgot to mention an article that I put together on some creative financing ideas for electric bikes. A lot of people finance a car, why not an electric bike if you are using it for a lot of your transportation. The money you save from giving your car a rest can payback the loan on an electric bike pretty quick!

It makese sense they will catch on here as prices come down, quality goes up and fuel prices go up!

Are these motors ready for purchase – ? I love to ride my bike but need a little help with the hills.