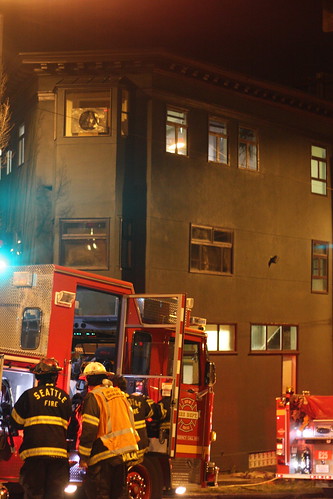 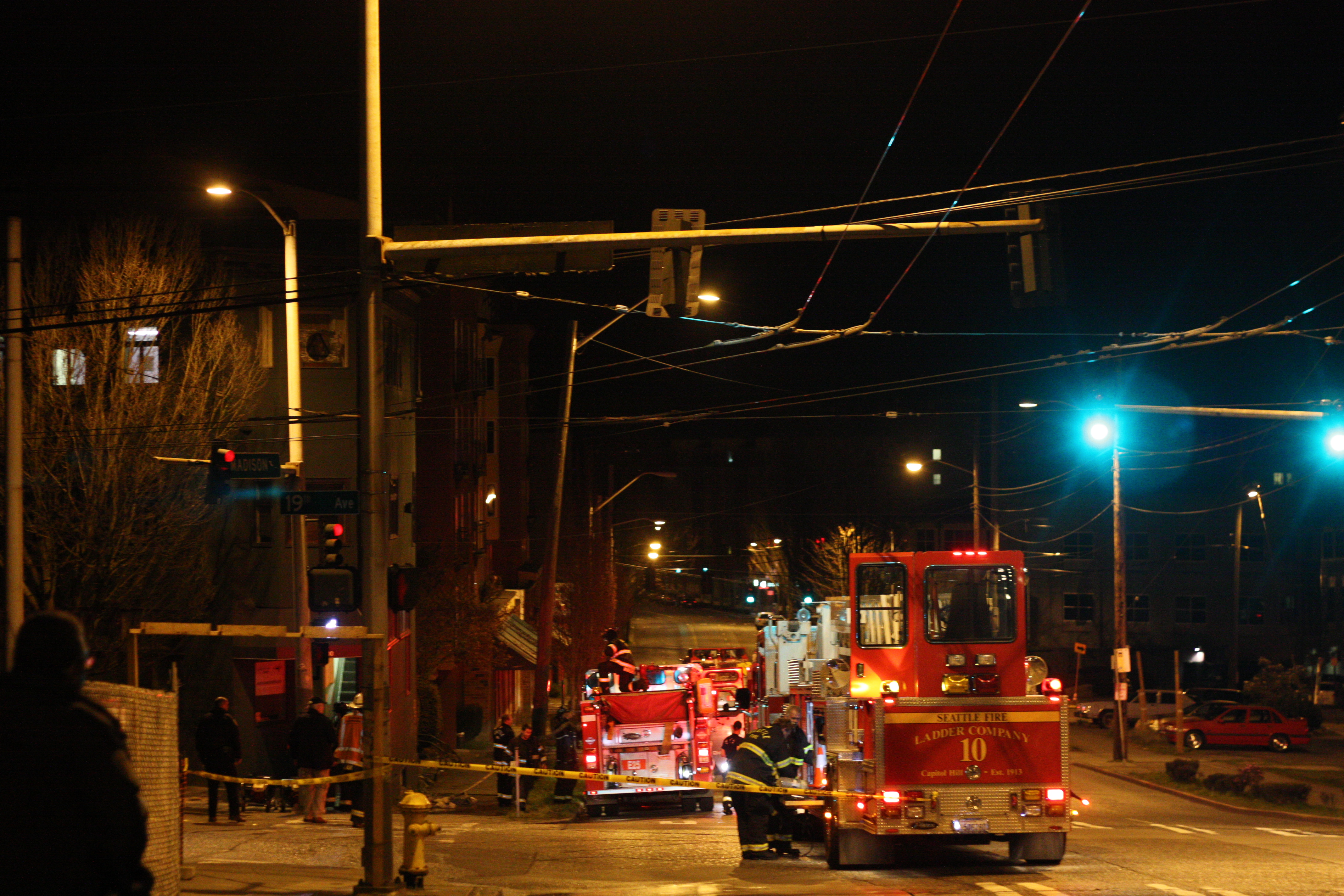 Fire damaged the second floor of the building that is home to the Capitol Hill Alano Club at the corner of 19th Ave and Madison early Tuesday morning.

According to the incident commander at the scene, the fire was limited to a room on the second floor of the commercial building. He said an investigation to determine the cause was underway. UPDATE: SPD says this was a break-in and an an arson. Details below.

A police officer at the scene told CHS that the fire was first spotted just after 2:30 AM when an SPD officer on patrol noticed smoke rising from the multi-story building at 19th and Madison.

Streets around the area were closed during the multiple-unit SFD response that quickly brought the fire quickly under control.

The Alano Club struggled with its finances last summer and turned to the community in a last-minute effort to raise $15,000 to continue operating. The group’s organizers told CHS the successful fundraising effort would allow them to support more than 60 Alcoholics Anonymous meetings around the Hill each week.

On Monday, CHS reported on a new development plan for Mt. Zion Baptist Church across the street from the Alano building. Meanwhile, on the northwest corner of the same intersection, construction of a six-story, mixed-use development is underway. The 1970 wood-framed building is owned by Loren and Ruth Chotzen, according to King County Records.

JERK robs a non-profit/charity and then sets it on fire? The Alano Club provides vital services for folks in our area.

…would want to intentionally burn down the Alano Club? Weird…

I know that everyone who runs CHAC and keeps the doors open does so as a volunteer. Their Facebook page says:
“The CHAC building was broken into last night, and during the break-in a fire was started. The Board of Directors is actively dealing with this sad challenge. It is safe to assume that there will be no meetings there today, March 22nd. We will keep you posted as we develop a strategy moving forward. If you need an AA meeting, check out the link.” http://www.seattleaa.org/directory/directory_index.html See More

The Capitol Hill Alano Club has updated its website regarding the situation. For those of us in the community who would like to help, we can go to their main website, where there are links to sign up to volunteer or to make a donation.
http://www.chacseattle.org