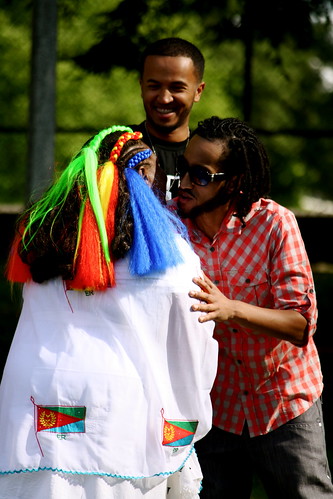 The colors and dress of East Africa were fully on display in Volunteer Park Saturday afternoon and early evening as members of the Seattle’s Eritrean community gathered to celebrate the 20th anniversary of independence from Ethiopia after decades of war. The Eritrean Independence Day Celebration was one of those events still left on the planet that CHS hadn’t heard a word about until we noticed the sounds of singing and music echoing from the park. A Cross Culture Healthcare Program study estimated nearly 1,000 Eritrean families in the Seattle area — but that was a decade ago. Judging by the size of the crowd in Volunteer Park Saturday night, even more Eritreans now call Seattle home. Happy Independence Day. 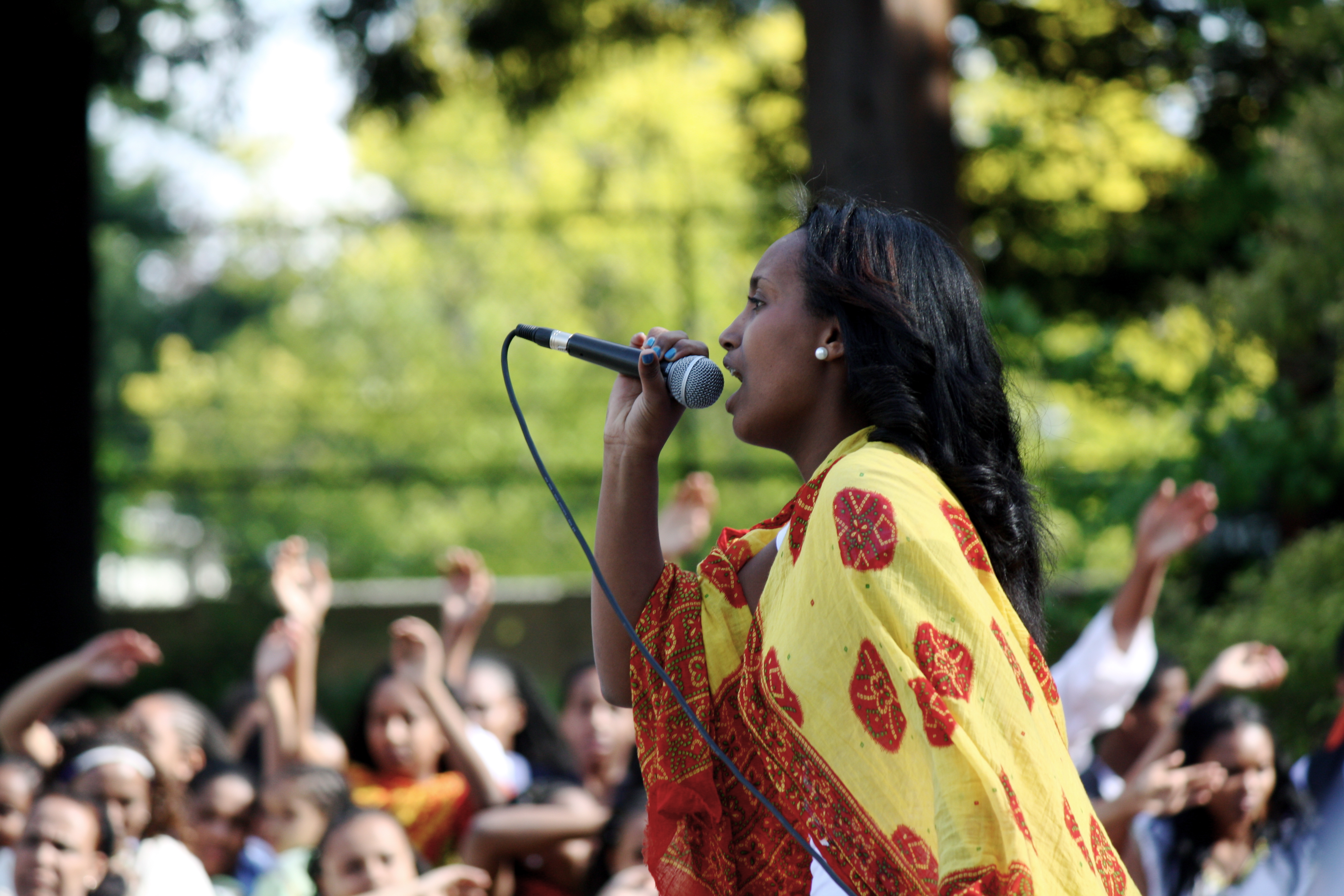 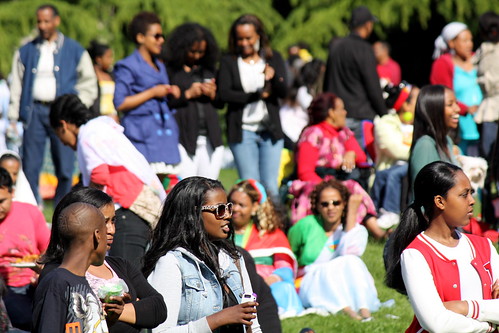 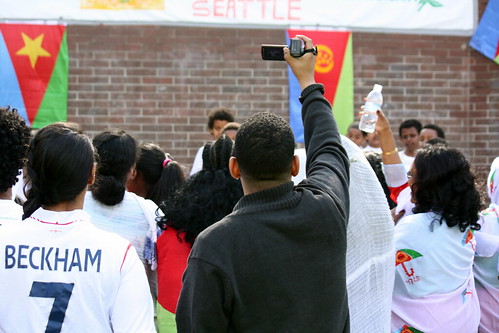 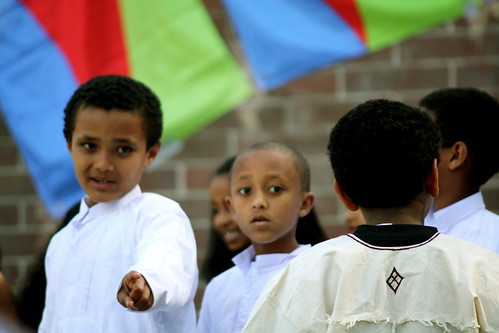 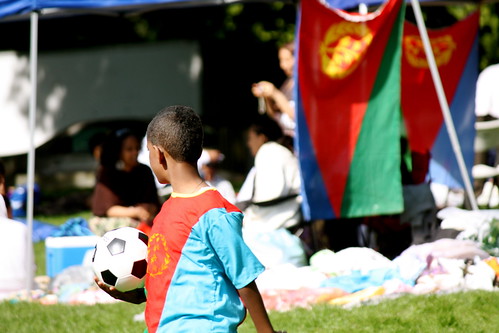 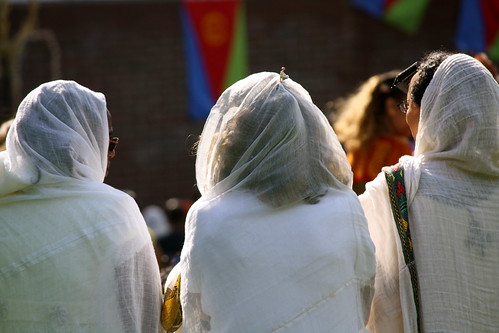 Word is the park is a bit trashed from the festival. Lots of meat bones and garbage. Black burns from bbq’s on the main lawn. Bummer.