The Gables Cooperative Association is celebrating the 100th Anniversary of its building’s construction.  The Gables is engaged in an ongoing series of works to prepare this Capitol Hill landmark for a second century.   The Gables has been a cooperative housing association for 60 years, since ownership in the building was sold to the tenants.

The main Gables building (with 28 units) was built in 1911, and both the main building at 409 16th Avenue East and the “Annex” building (with 6 units) at 403 16th Avenue East appear in a 1912-dated Baist Real Estate Map of the city digitized by Ron Edge of Paul Dorpat’s excellent Seattle history web-site.   The street was called 16th Avenue North at the time.  http://pauldorpat.com/rke/html/baist/index.html

The architect’s visualization of the building from a September 9, 1911 article in Pacific Builder and Engineer is stimulating plans to restore the street appearance of the grounds.

The adjacent Seattle Firehouse No. 7 facing 15th Avenue East was built in 1920 and is now occupied by a video store.  A 1921 photograph shows the firehouse and the back of the Gables Annex.  http://www.flickr.com/photos/seattlemunicipalarchives/3385467616/ 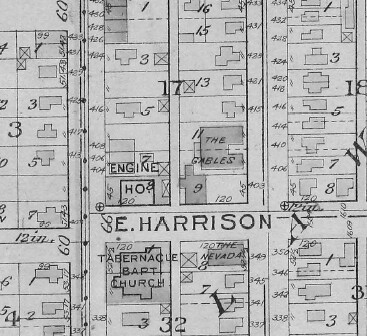 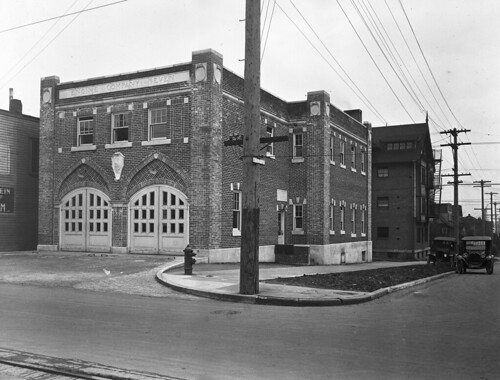 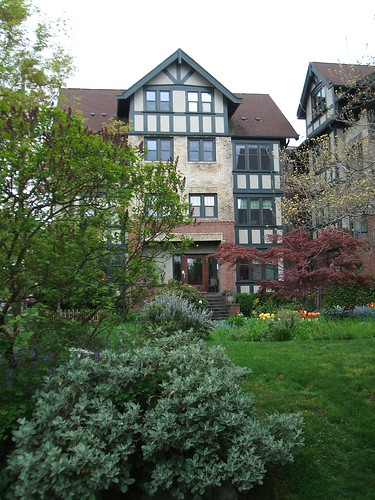 Those old directionals (16th Ave N) make more sense to me (you can still see them marked in the sidewalk nearby at 17th and Harrison).

Agreed, the old directional names make much more sense! I’d love to hear the reasoning behind that ridiculous change!