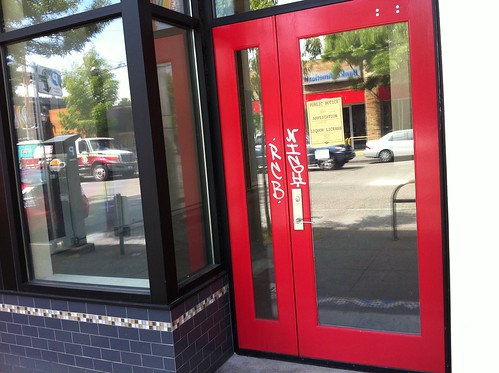 Alright, who’s hungry? Here’s the latest installment of Capitol Hill food + drink news. At this rate, you’ll have about $2 to spend on records and CDs this month. Choose wisely. Got a tip? [email protected]seattle.com

It’s next to La Spiga. I saw customers in there all weekend but they do not have a sign nor a menu posted.

Osteria La Spiga is on 12th :) Cascina Spinasse is the italian restaurant on 14th and pine.

Artusi is a fabulous bar connected to Spinasse! http://www.artusibar.com I believe is their URL

I can understand not having to file a “cuisine” but it is crucially important that the documentation reveal whether there will be vegetarian options. That the city is not doing this is offensive to lots of people I am sure. I myself am concerned about this and I know other people must be as one of the things that I and other people enjoy is being indignant and telling each other how right we are. Something must be done!!!!

And yet you never filled out your vegetarian troll form

jseattle. I heart you!