The Seattle City Council is picking up the Capitol Hill community’s torch in the process to shape the development of the property surrounding Broadway’s light rail station. Monday, Council president Richard Conlin and committee leader Sally Clark met with Sound Transit CEO Joni Earl to talk about a development agreement for the Broadway station area.

“We had a very successful meeting with Sound Transit today, and came to the agreement that we were ready to move forward with a development agreement process,” said Conlin of the Monday session.

“If negotiations go well, Sound Transit would sell its surplus properties at Broadway with strings attached, strings that make building shapes, densities and uses in line with the vision of the UDF,” wrote Clark in an e-mail response to CHS.

Those strings are planned to be defined by additions to the Seattle Land Use Code that would create a “development agreement” section of the already sprawling set of codes that guide development and construction in the city, Clark says.

We are waiting to hear back from Sound Transit about the meeting. UPDATE: Sound Transit sent us a brief statement on the process: “We look forward to continuing our partnership with the City to ensure the best possible development on our Capitol Hill property.”

Clark says she hopes to have the new code in place by the time the Council breaks for the budget process in September. Meanwhile, an agreement based on the newly shaped code addition will need to be pounded out with Sound Transit before the agency begins the process of selling the station property this winter. If all goes to plan, the agreement would be approved as legislation and by the Sound Transit Board by the beginning of 2012.

The initiative comes as some leaders of the development community have put out a call for the City Council to pass a resolution outlining principles of reform for the city’s Municipal Code — “especially the Land Use Code” — to make it “easier to use and apply.” 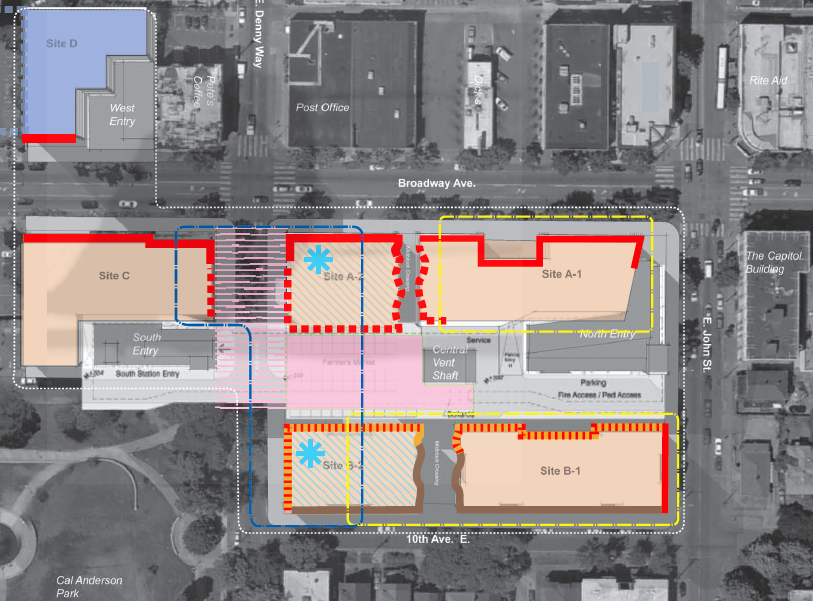 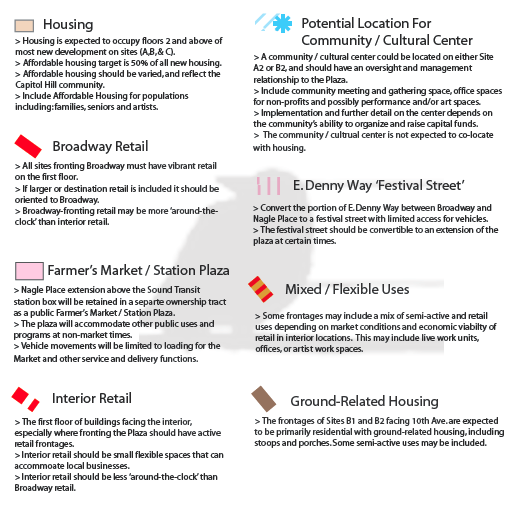 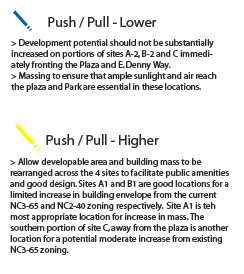 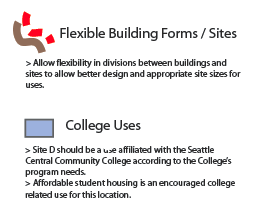 Excellent News! Great work Cathy Hillenbrand, and very special thanks to Richard Conlin, Sally Clark, and especially Joni Earl for adopting a proactive and community informed approach to development! Now, let’s not forget to hold ST and our electeds accountable for this important step forward.

From the beginning, I have been very concerned about the transit entrance. The one-story portion which sneaks around the corner of the 6 story building next to it is very awkward and will appear diminutive. What should have been done is allow air rights above the station entry along John street so the NW development building could go to the corner, and bridge over to the east side development buildings. This would still allow a Sound Transit owned one-story high opening along John street for an entrance which has more room, be more elegant, and in scale with the rest of the development. A second substantial benefit is that the additional area gained in on the north side of he lot, and with proper guidelines, require a portion of the Broadway facing buildings to be of lower hight to allow more sunlight into the central space.

Please send your concerns to vanessa.murdock@seattle.gov as comments for the Urban Design Framework. Thanks

Why do we insist on making all our buildings look like libraries from the 70s?

I’m a big fan of the Big Fucking Hands.