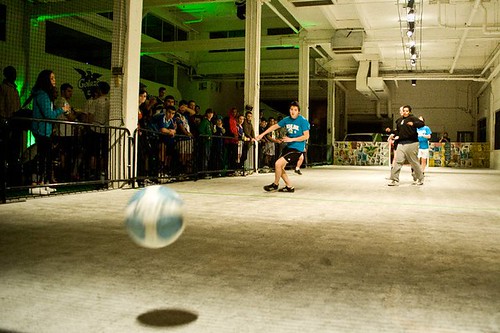 Golazo Energy, the soccer-themed sports drink headquartered on Capitol Hill, has earned a $3.7 million financial kick from a group of angel investors. Geekwire reports that the cash infusion will help the company power into new markets. Next stop… Oregon:

Golazo, which translates in English to “super goal,” is now looking to expand to Oregon next month with plans to move into the populous states of California and Texas later this year. Competing against Red Bull and other energy drinks, Golazo has met with success at various retail chains in Seattle like QFC and Whole Foods. It is also the second best selling beverage on Amazon Fresh.

Creator Richard Tait called the former BMW dealership the company has taken over as its home on E Pike “Golazo Central” when he talked to CHS a few months back. The old dealership now sports an indoor soccer court and is host to regular futbol-oriented events.