Seattle Police have confirmed to CHS that the early morning November 17th fire that charred Broadway’s Galerias restaurant is being investigated as arson.

According to police, Seattle Fire’s investigation the morning of the smoky blaze revealed the fire was not accidental. SFD says the fire caused more than $800,000 in damage to the north Broadway restaurant building and its contents.

Police aren’t yet saying what evidence has been collected and how investigators determined that the fire was set intentionally. 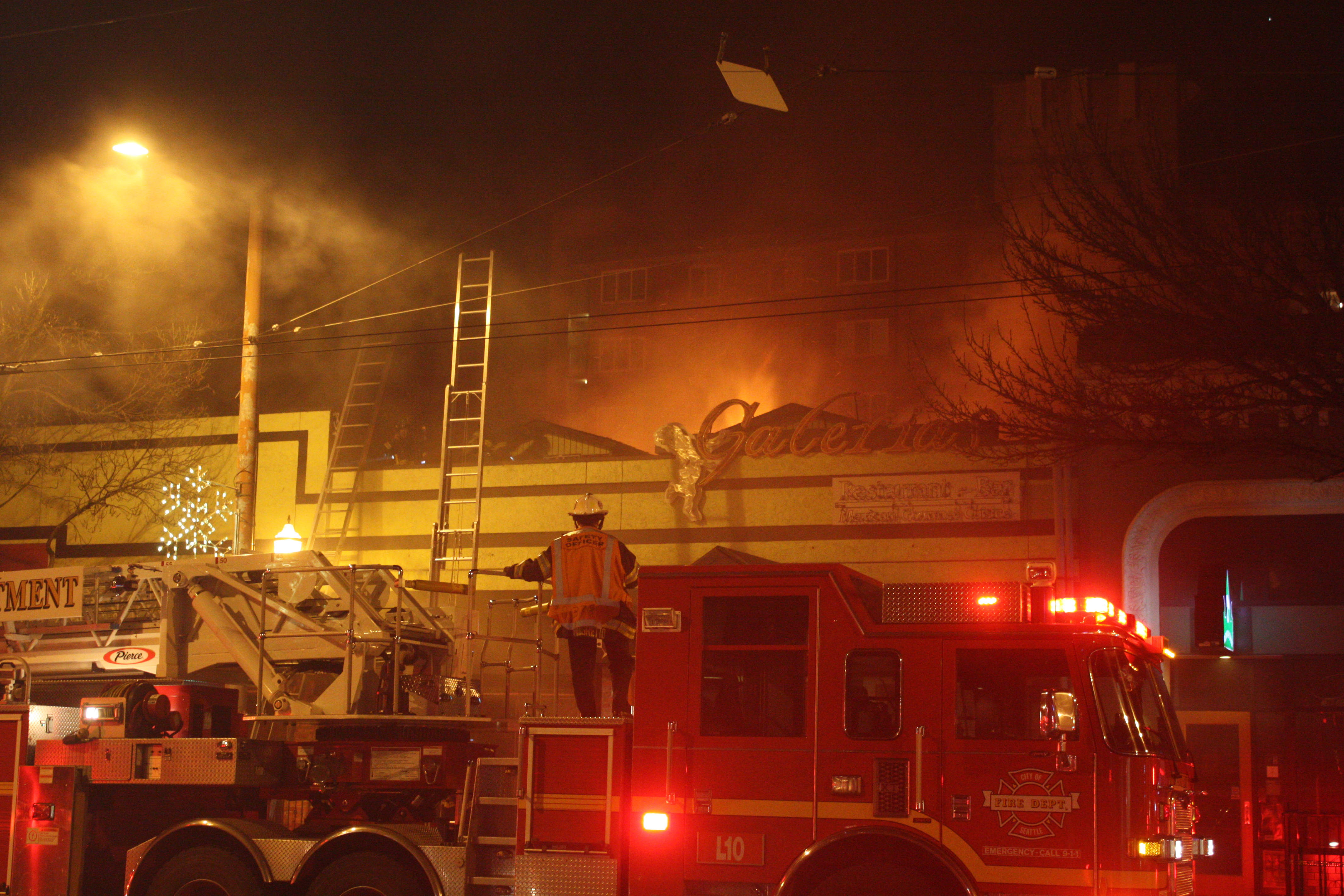 Weeks later, the investigation is now in the hands of the Seattle Police Department. CHS previously reported that the investigation of the blaze was delayed because the restaurant’s owner Ramiro Rubio was out of the country at the time of the fire.

Galerias Gourmet Mexican Restaurant has been operating on Broadway for more than a decade. In June, CHS reported on a burglary at the restaurant in which Galerias management told police $50,000 in cash was stolen. UPDATE: SPD tells us they can’t provide any updates on the investigation of the burglary as the case remains open.

Since the blaze, the north Broadway restaurant has remain shuttered and many of its employees have been without work. Clean-up crews have been active at the site but we have not heard any information yet about a re-opening.

This is a serious accusation with no supporting reportable facts. I ate there often – and the late night parties were awesome.

I am definitely not shocked. Knowing the owner’s imperious/rude behavior towards his customers, and the fact that his business was way down, not to mention the questionable $50,000 “burglarly” last summer, it is entirely possible that this was arson. I will be surprised if the final verdict is anything else.

Has Mr. Rubio returned to Seattle?

I suspected it was arson, but I was hoping it wasn’t.

Things that make you go Hmmmmm…..

Oh no. A week ago I made a joke about how it was probably an insurance fraud arson after a friend told me about the food quality.

I was talking to one of the neighboring business owners the day it happened and there was some gossip about an employee that didn’t get paid.

Just because there are no supporting “reportable” facts does not mean there are no facts. The police aren’t in the habit of blabbing everything they know and jeopardizing investigations. Also, even if it’s arson, doesn’t mean the owner did it.

I think hats the most likely scenario, unfortunately. Probably fueled by a couple too many bud lights…

I ate there for the first time more than a decade ago, when it was where the Highline is now. Had some of the best soup I’ve ever tasted, and became an instant fan of the place. I’ve returned many times over the years, and although people are right when they say that some times the service is a little spotty, the food is delicious, and the margaritas are strong.

Fingers crossed that this is resolved happily.

the owner is having some financial issues, amongst other things. My experience has been poor, the service has been Very poor in my experience; the owner has had a very high opinion of himself. I have given it multiple chances, but that is my opinion. Knowing what information I know as fact, I would not be surprised if it was insurance fraud.

it is curious, seems to be the perfect storm.

Dude, they have special computers and high tech gizmos to sniff insurance fraud stuff out now. Don’t they watch all the crime shows on the tele? FAIL.

If they couldn’t make payroll, who stands to gain more from a total torch of the place? An employee who won’t be working for months or a stakeholder who can take in $800,000 and remodel with cheap labor?

I’m not saying the owners did it, but it does (and it should) appear suspicious when businesses go up in flames in economic downturns.

I liked Gallerias, food was good and I was always treated well by the staff. I had couple great nites in the club there at nite after the restaurant closed!