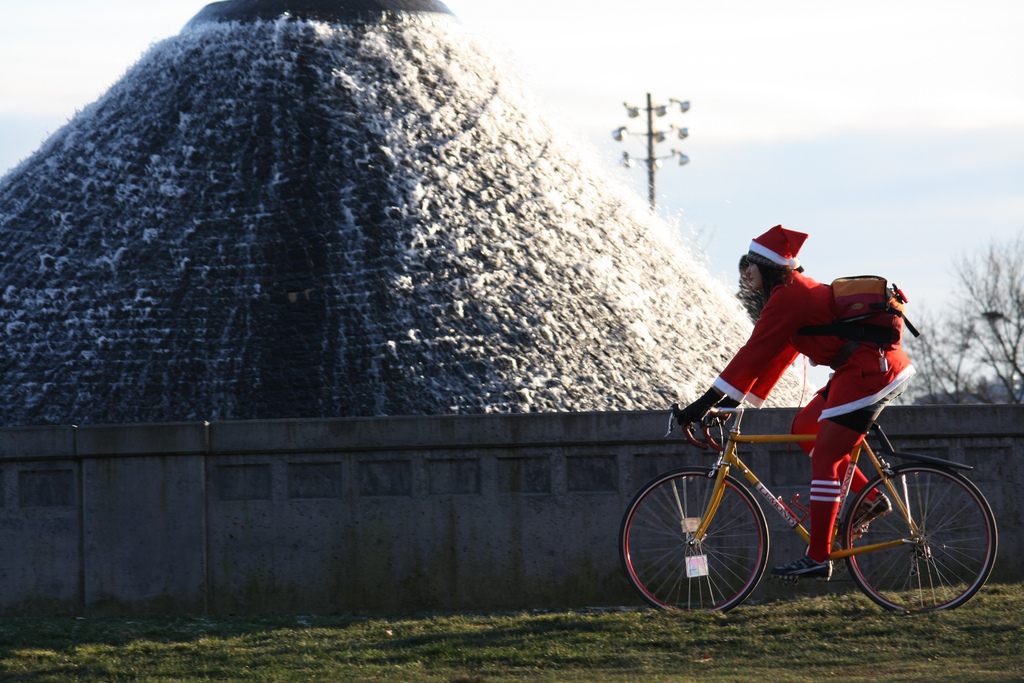 We’ve seen the shenanigans that ensue when the annual red and white bar crawl of debauchery that is Santarchy starts on Capitol Hill. This year, hang on to your jingle bells. Capitol Hill is Santarchy 2011’s grand finale:

What is Santarchy? I’ll tell you what! Its Santa taking a break from making so many freakin’ toys. It’s a chance to squeeze some elves, drink something other than milk, eat something other than cookies… and make final determinations on who’s been Naughty and who’s been Nice. This is well known but our little secret is sometimes its NICE TO BE NAUGHTY!

Starting Locations Announced!
————————————-
This year we have TWO starting locations.

For Southsiders: Outside the International District Link Station at 5th and Weller
For Northsiders: At the fountain in Seattle Center

These two groups will start on their own routes and meet up in the early afternoon.


What to Wear / Bring
————————-
1. The reindeer are still in a cuddle puddle back at the north pole so wear GOOD WALKING SHOES!!!!
1b. BRING CASH! SO PEOPLE AREN’T WAITING WHILE BARTENDERS RUN YOUR CARD
2. Ms. Claus… I don’t care how good you look in those heels… WEAR GOOD WALKING SHOES!!!
3 Bring a can of food for the food bank!
4. Wear your Santa Suit… or other X-Mas related clothing. (A santa hat and regular clothes = no bueno)
5. Bring toys /games / music to entertain Santa
6. PG toys and wrapped and sealed candy for kids
7. Buttons, Badges and Stickers are always fun
8. Sometimes there is a long line for a drink, and there is something that holds alcohol that you can carry with you … what was that called again? 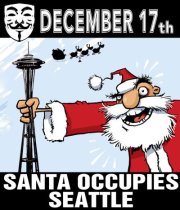 The Route:
—————
There will be no route posted until 12AM the day of Santa. Any route yous see before this will not be the official route. The route when it gets posted will be posted RIGHT HERE.

We don’t have much to add other than please remember to hug your Capitol Hill food and drink professionals this week. They’re going to need some love and support. Happy holidays.

Here’s a look at Santarchy’s 2009 start in Cal Anderson Park. Where were they in 2010? Nobody cares!

Thanks for the heads-up!

SANTA always tips well. along w/ spreading good cheer, it’s what we do.

I hope so too. I have many friends in the bar industry who are not fans of this huge bar crawl. Maybe they should mention it on the invite and add it as a 5th rule to the “The FOUR FUCKS OF SANTACON (or Santarchy)” to not fuck with the bar staff and tip well! Those people will work hard to serve all the drinks and keep your massive group happy on your merry adventure. I on the other hand, will be doing my best to avoid the masses of red and white.

If someone needs to be told to tip then they’re a lost cause.

..to bring a flask. No one, even Santa, wants to wait in line behind 300 fools for a drink.

Yep! Santa 101. Learn that the first time you take over the role of Santa.

Can’t wait to see all you fellow Santa’s out there! This is one of my favorite parts of the holidays!

“spotted the prostitutes on 33rd and Park dressed as elves for yesterday’s ‘Santacon’ but failed to locate a ‘Santaland’ brothel.”

which got this response:

“wow, really? I do not want to meet the guy whose sexual fantasy involves, in any way, ELVES!”