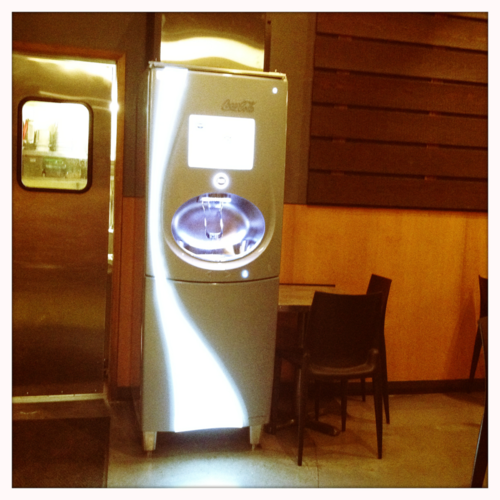 We’d like to welcome back the mainstream media from their two-week vacation with a special edition of the Capitol Hill food+drink notes. But all we have is this post. Got a tip? Email your friendly neighborhood reporter guy.

I LOVE those magical soda machines! I spend like 10 min trying to pick out the craziest flavor mixture I can imagine. Score!

Broadway already has a Magic Soda Machine. It’s on John in front of the locksmith’s shop. Try the mystery flavor.

Just making sure everyone knows how awesome it is, even though you mentioned it.

it’s really too bad that the every flavor coke machine doesn’t also just have a “MYSTERY” button, too.

I’m just teasing (kinda) but the 10 minutes per serving just might be the downfall. I was in there today to get a simple Diet Coke and had to wait several minutes behind three clowns mixing stupid flavors.

Hundreds of possible flavor combinations… and yet NO GINGER ALE!

I disagree. If everything was special, nothing would be special.

Love the food, drinks and atmosphere.

Drank from one of these on a recent trip to Orange County. I had some residual “lime” syrup from the previous user mess up my Diet Coke. Why would I squirt it chemically when there’s usually some lemon wedges handy?

Their drinks had better still come with crushed ice, or else the deals off.