Every night is industry night at CHS. Got a tip? Lay it on us here.

“When you’re moving a 10+ year-old business, you’re essentially opening a brand new restaurant,” Scott told CHS Monday as he and Heather got ready to rush off to yet another crunch time meeting as the restaurant prepares to open. “We changed everything. The look. The logo. Even the music. Everything has loosened up. As well as the price point.” 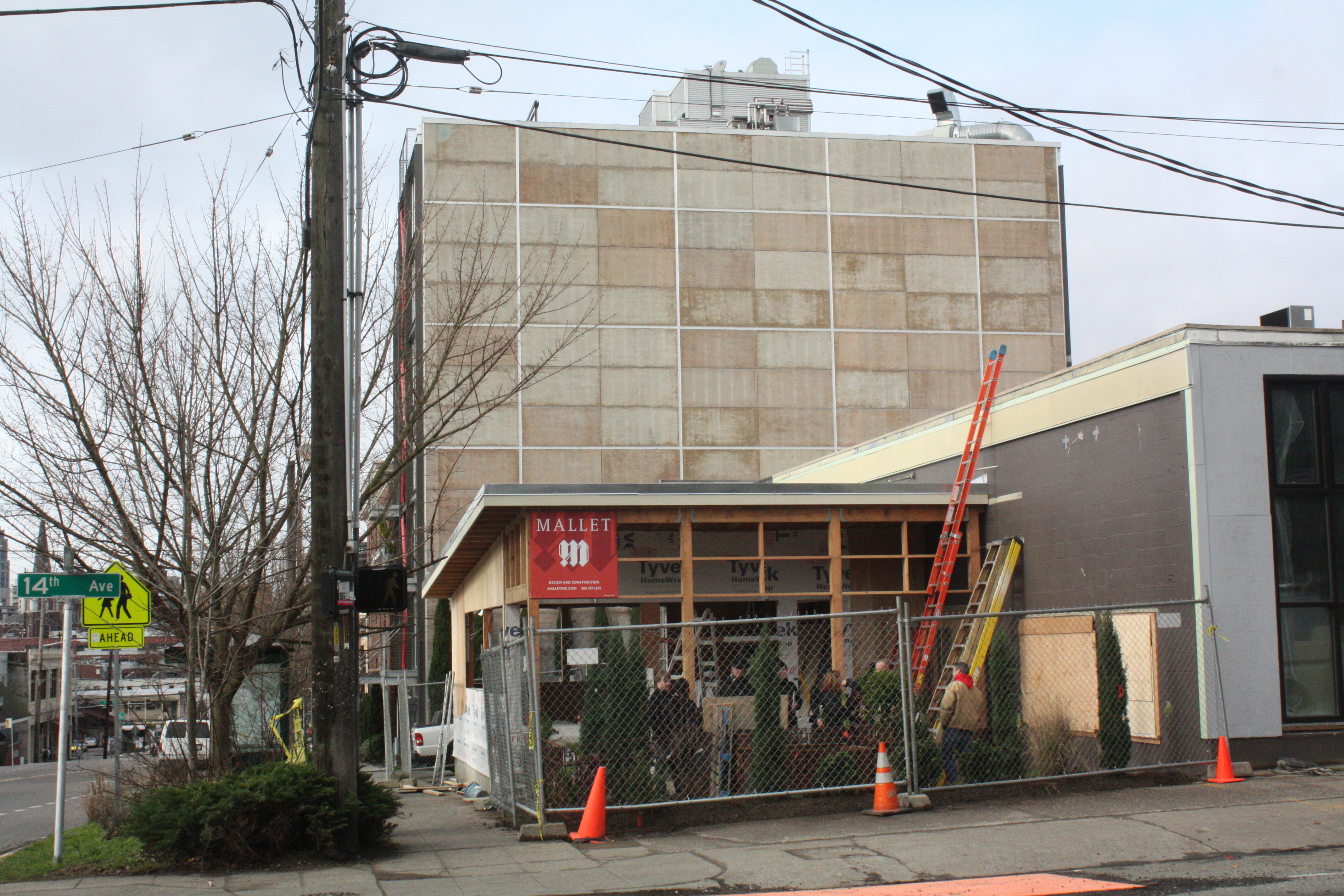 The change, according to the married couple behind Zoe as well as E Pike’s Quinn’s and Fremont’s Uneeda Burger, is a function of time, place and personality.

“The thing about the reincarnation of Zoe,” Scott said, “is we’re 12 years older. All of those experiences that we’ve had are going into this as well as being in a new neighborhood.”

Heather says the new space in the old Panzanella Bakery building along with the Oola Distillery at 14th and Union will also shape the new Zoe.

“Both Quinn’s and Zoe have been really land-locked,” Heather said. “With the new Zoe, we had this asphalt parking lot where we’re able to add a four-season deck.” She says the new space is also being prepared for a kitchen garden and there are plans for keeping bees and growing tomatoes on the restaurant’s roof. There is also a plan to grow ivy and hops up the size of the building. “We want that urban garden feel,” Heather said.

It will be a marked change from the glossier days when Zoe first opened in Belltown 12 years ago.

“It’s a really fun change,” Heather said. “We’re not the same people. The city is not the same place. Fine dining is not what it was.”

You can keep track of opening day progress on the Zoe Facebook page.

“We have three leases moving along very quickly, two in Seattle and one in Spokane,” said David Trone, president of Total Wine & More, a Maryland-based company with 78 big-box liquor stores in 11 states. The chain plans to open 10 shops in Washington eventually, including stores in Vancouver and Tacoma.

Now if you could find a bar on the Hill that’s showing the Puppy Bowl that would be a) weird/amazing and b) make me very happy.