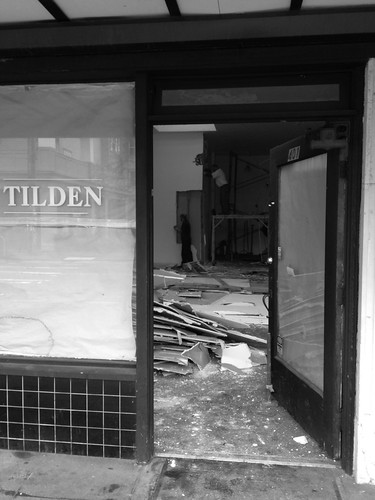 Our latest round-up of notes from the Capitol Hill food and drink economy is below. Want to help keep us in the loop? Send us tips, updates, pictures, celebrity sightings!, etc. 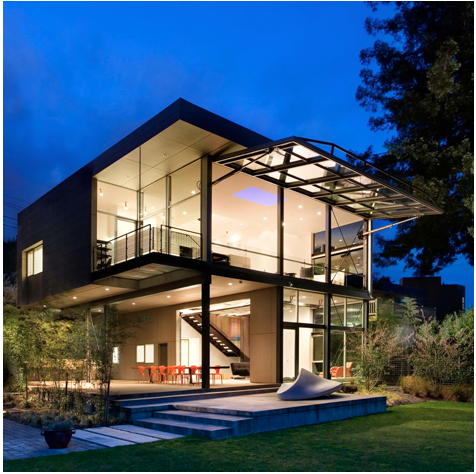 The man who designed this is also designing Mamnoon (Image: Cobb Architects)

We now have more details about the venture backed by husband and wife entrepreneurs Wassef and Racha Haroun.

With a base construction budget of $185,000 listed in city records, we can tell you to expect a high end, modern restaurant when the space opens. We can tell you you’ll have a long wait — the buildout of the entire building is just getting underway so don’t expect the new restaurant until fall at the earliest. We can tell you to expect a space that provides both an upscale dining experience and a quick and comfortable “street food” experience — “A huge spectrum from very sophisticated and highly crafted to very simple,” Wassef called it. We can also tell you what the restaurant’s backers say Mamnoon really means. Turns out, CHS wasn’t far off in our translation.

“It is about sharing thankfulness and being enmeshed in these two sides,” Wassef told CHS about the name of the restaurant he and his wife Racha — the CEO, Wassef said —  are creating as part of the Melrose Square redevelopment in an old Auto Row building on Melrose just around the corner from Pike and across the street from Terra Plata and the bustling Melrose Market.

Wassef came to the United States from Lebanon and he and Racha have held on to their Middle Eastern culture while becoming fully immersed in the world where they both forged highly successful high-tech careers and built a family.

“Middle Eastern, Lebanese and Syrian — we have 5,000 years of tradition: farm to table,  amazingly healthy,” Wassef said. “Mamnoon is about sharing that.”

It’s also about change underway in the Middle East. “Mamnoon is forward-looking,” Wassef wrote to us when we asked for his help to put the restaurant project in context with the events currently unfolding in Syria. “The concept is to preserve the authentic,  valuable and time tested foods and traditions, and present them in a contemporary setting that is thoroughly compatible with a free and progressive environment like Cap Hill. This is our vision of what we would like to see in the middle east without being religious or political.  Universal progressive values.”

Wassef said that he and Racha also hope their project will give people a fuller appreciation of the cultures and traditions of the Middle East — “particularly the subtleties and details,  even though we will not be overtly ‘cultural’ and, we hope to enhance people’s understandings and help them relate to communities, places etc.” Wassef wrote.

The subtleties sound as if they might be delivered — perhaps over and over again for some of you — via the downscale portion of the project. Wassef isn’t revealing exactly what type of traditional Middle Eastern street fare this counter of Mamnoon will serve up but the possibilities are intriguing.

“We’ve sampled a number of things we know we can execute on very well,” Wassef said. “We know this isn’t commonly available here. And part of the restaurant will be dedicated to it.”

Expect the physical space to be equally intriguing. CHS first reported on the Melrose Square project in spring 2010 and the plans for a renovation of the 1928 automotive garage at 1510 Melrose Ave. The Graham Baba-designed overhaul is planned to include ground floor retail topped by 2,800 square feet of office space and a 1,800 square foot residential component.

But Eric Cobb of Cobb Architects owns the Mamnoon vision. And he has worked with the Harouns before on another important project — their award-winning Leschi home. By this fall, the Mamnoon project might be as interesting to design and architecture geeks as foodies.

On the food end of things, the Harouns have brought aboard Barbara Massaad to advise on Mamnoon’s menu. The first time restauranteurs were also searching for a chef to head the kitchen.

Meanwhile, the team behind the project is also getting its first taste of collaborating. “We’ve never really worked together,” Wassef said of teaming up with Racha on investing hundreds of thousands of dollars in a ambitious project like Mamnoon. “She’s filled the CEO role,” he said. “There is a lot of work to be done.” 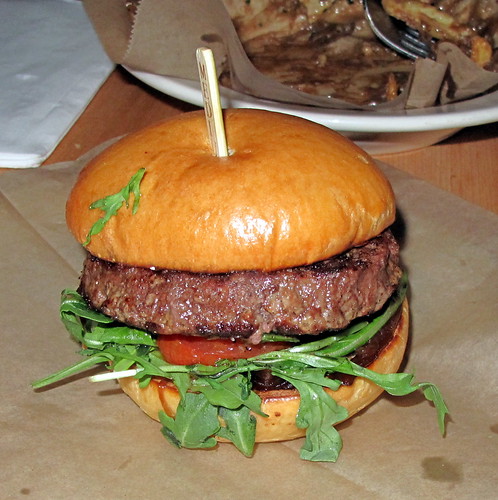 We have been opened about 2 1/2 weeks to the public but it wasn’t our actual grand opening. This was a way for us to expose ourselves with the flexibility to tweak our menu and to train our staff. With our “actual” grand opening set for Monday 2/13 we have finalized the menu, a full cocktail menu as well as a happy hour menu. And our HH menu will be called the The 8oz 2,4,6,8 happy hour which consists of $2 drinks and small plates starting at $2,$4,$6,$8. We are also celebrating Valentine’s Day with an ANTI-Valentines Day special with a My bloody valentines day burger and also some drinks