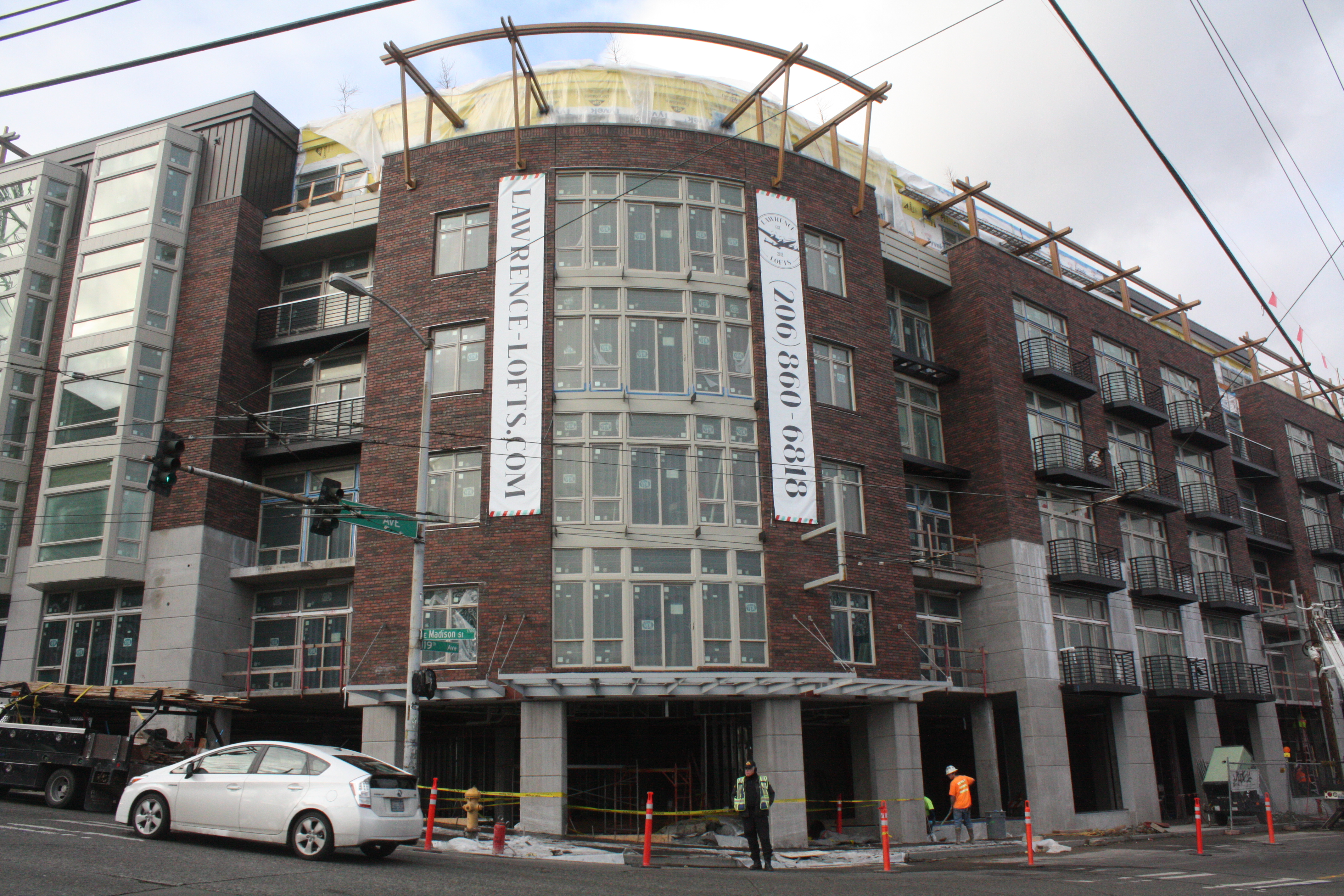 The Lawrence Lofts rise above 19th at Madison (Image: CHS)

Last spring, CHS reported on an unusual swarm of development underway as construction cranes rose across Capitol Hill. With the completion of construction in sight, the business behind many of the projects is transitioning to a focus on leases and tenants. Here is a look at Capitol Hill’s next wave of development as the cranes comes down and the marketing plans go up. We’ll swing by some of the more interesting prospects for more in-depth looks as the developments progress.

A neighborhood condo writer has already swung by for a hardhat tour:

After peering past all that plastic sheeting, I have to say it looks promising over there at 1818 E Madison. They’ve made some good choices with the interiors by saying yes to floor-to-ceiling windows and taking a pass on carpeted floors. You’ll find concrete floors on the 2nd and 3rd levels, and tile floors on all the rest.

Move-ins are slated to begin in April. A representative for the project sent over more details about the project – including the nearly 7,000 square feet of retail agents will be trying to fill as the Madison core expands eastward:

131 lofts in studios, 1 beds and 2 beds with several 2 story penthouses on the top floor with private rooftop decks.

6,770 sqft of commercial space being offered by Damian Sevilla at Ewing Clark UPDATE: Damian Sevilla and Jason Miller of Colliers International are marketing the property

The property has also hired Jessica Dodge, a local artist from West Seattle, to paint a cow-themed mural on part of the exterior of the building harkening back to the Fratelli’s building and its cows. This will take place later in the Spring after the weather warms up…

You can learn more at lawrence-lofts.com. 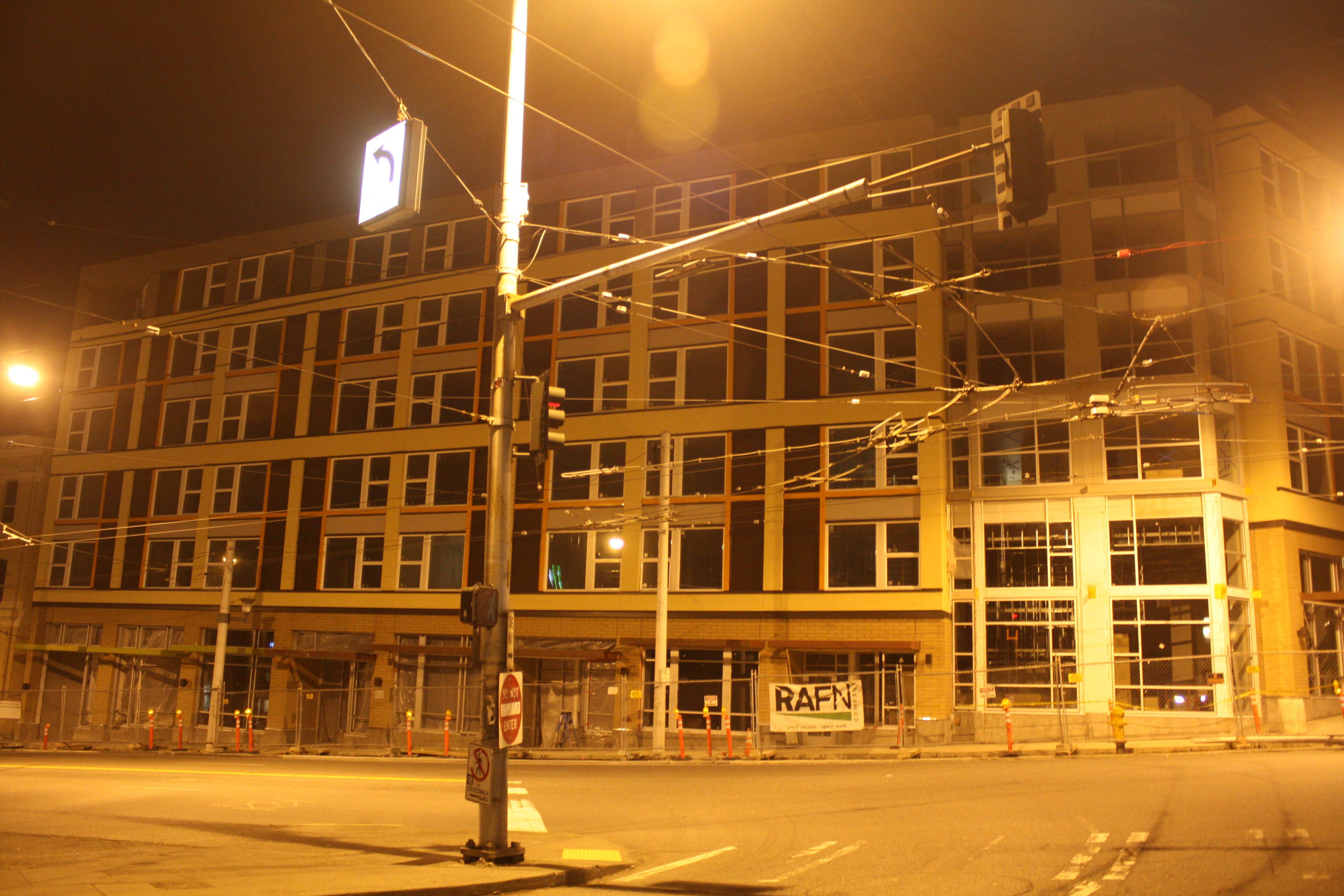 We would like to announce that Banner Bank has signed a Lease for the relocation of their Madison Branch.  They leased Suites A & B totaling approx. 2,700 SF.  We are very excited to have them as our anchor tenant! There are three additional retail spaces available: Suite C; 917 sf, Suite D; 1311 square feet and Suite E; 934 square feet. 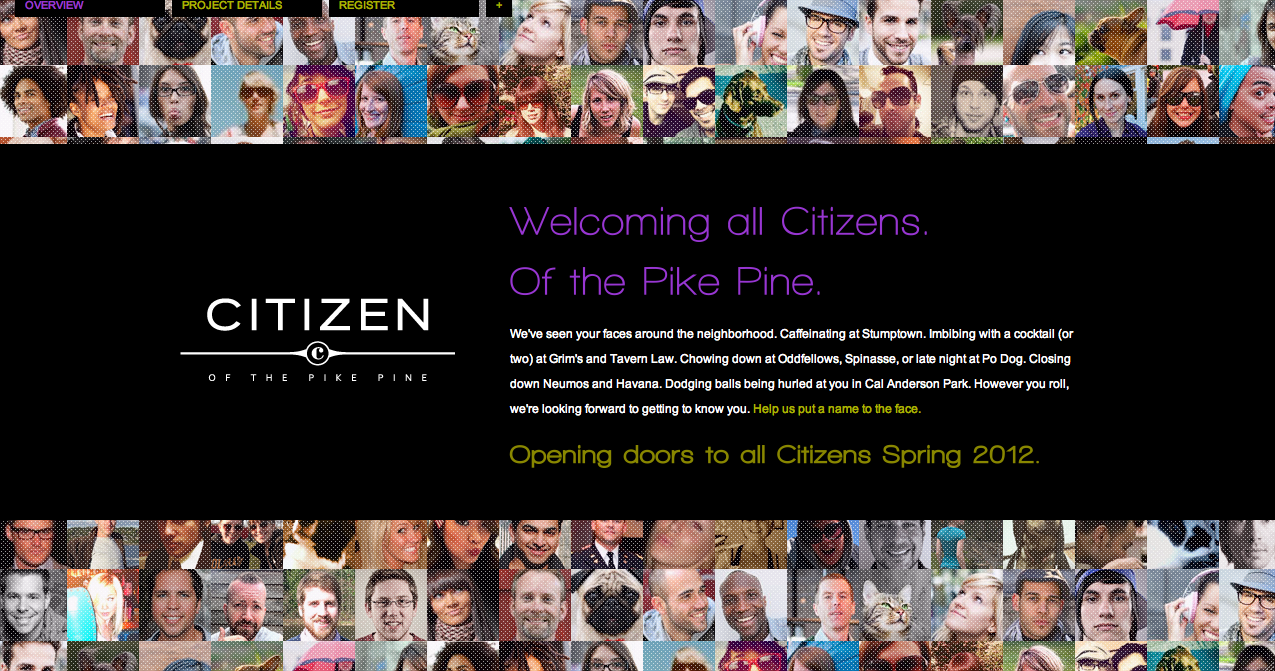 We detailed the early development plans for the 100+ unit apartment building here last January. As for the citizens who will inhabit The Citizen, here’s the breezy marketing copy:

We’ve seen your faces around the neighborhood. Caffeinating at Stumptown. Imbibing with a cocktail (or two) at Grim’s and Tavern Law. Chowing down at Oddfellows, Spinasse, or late night at Po Dog. Closing down Neumos and Havana. Dodging balls being hurled at you in Cal Anderson Park. However you roll, we’re looking forward to getting to know you. Help us put a name to the face.

Dodging balls in Cal Anderson? You’ll fit right in. Listed rents run between $1,350 and $1,500 per month. Hardhat tours have begun if you are in the market. 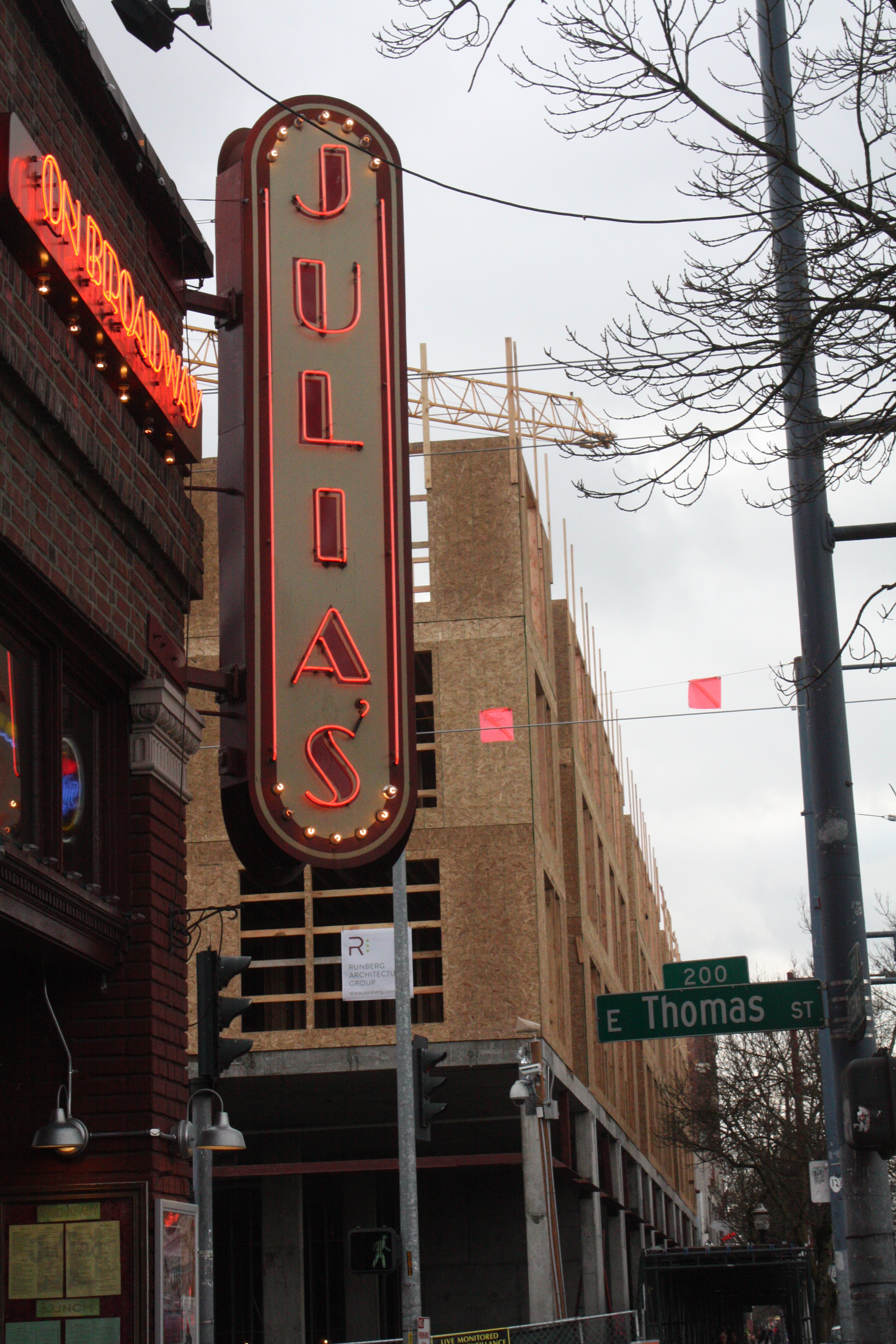 230 Broadway — Project name to be determined
The behemoth of Broadway isn’t as far along in the marketing arena as The Citizen — the real estate people behind the project still hadn’t settled on a name for the building when we talked with them recently — but it’s on the road to completion in 2013 and starting the process of sewing up commercial tenants. We detailed the start of development at the 230 Broadway location here. The building will introduce around 230 new apartments on Broadway — and a whopping 11,000 square feet of commercial space, plus another 5,500 square feet on Thomas. More than half that Broadway space already has a taker. Bank of America — displaced by the current construction — already owns its 6,000+ square feet in the building and will anchor the retail portion. Also already inked is an Einstein Bros bagel shop. The Noah’s chain’s main brand will apparently be applied to the store. You’ll recall that a Noah’s shop was displaced when demolition began on the project.

Joe Klaman of Russell Jones Real Estate said demand appears strong for the remaining Broadway retail space and that he is talking with some big names from the Seattle restaurant scene who don’t yet have a Capitol Hill presence. It’s possible — but not probable — that the building could bring eight new restaurants to Broadway. Each space is capable of hosting a restaurant-class kitchen hood, Klaman said. With demand high for Broadway frontage, Klaman also said he expects the best opportunity for smaller local businesses might be on the Thomas streetfront. 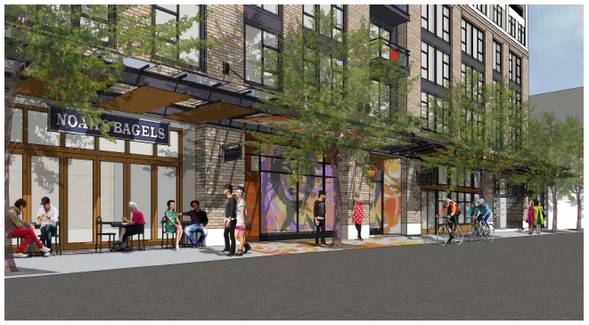 16th and Madison — Jewish Family Service expansion
The construction across from Central Co-op won’t include any residential or retail but the new building does give Jewish Family Service room to expand its efforts on 16th Ave. And it’s complete. You can check out pictures from inside the new four three-story structure on Facebook. We wrote about the $3.6 million project (UPDATE: That’s just the reported construction budget. Total project weighed in at $9.1 million, JFS tells us) when it began here last February. Watch for word of the building’s opening ceremony on April 1, 2-4p . 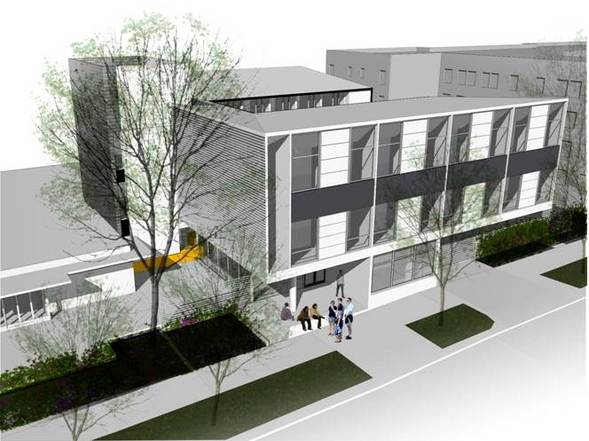 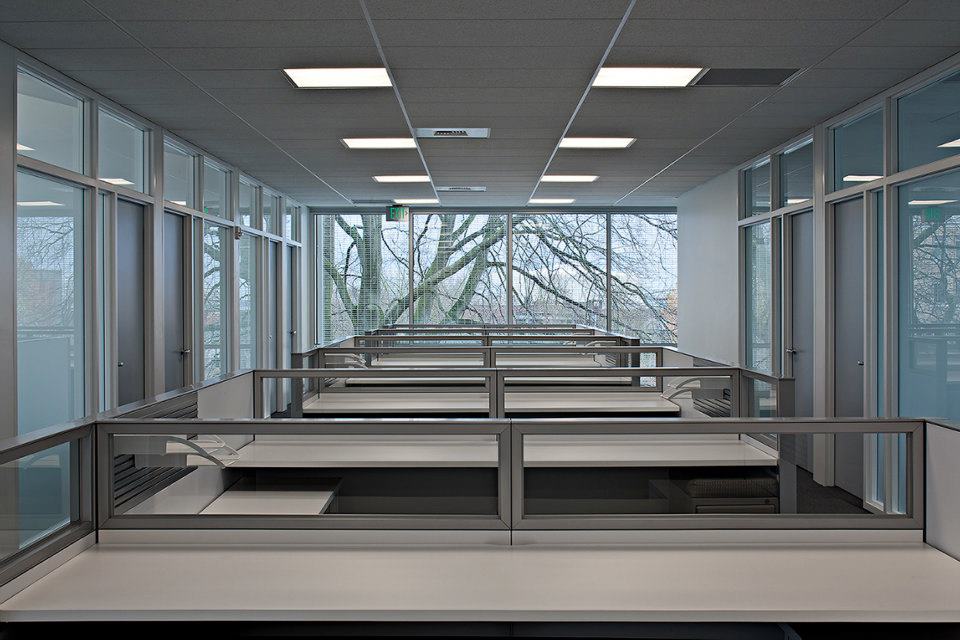 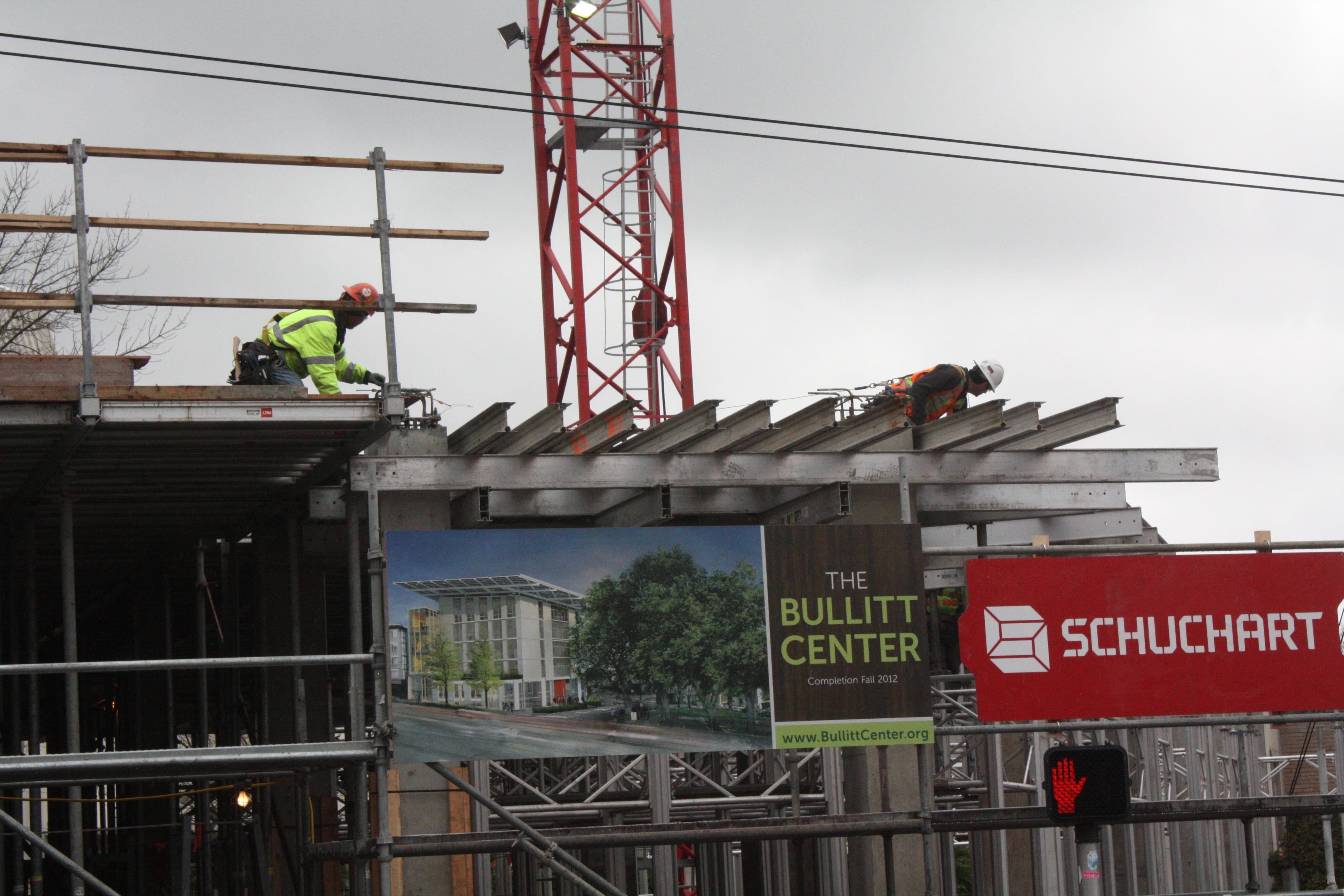 15th and Madison — Bullitt Center
Work on the greenest commercial building in the world is still on track for a late 2012 completion following last summer’s groundbreaking. Chris Rogers of Point 32 said that potential tenants for a super green office building aren’t that much different than any other project. “You definitely go through the same process,” Rogers said. “Tenants have the same questions they will have in any space.”

The University of Washington integrated design laboratory and Northwest headquarters of the Green Building Council are already slated to join Bullitt in the low energy building. Rogers said the UW lab will include offices for researchers, an exhibition area and a building science area. 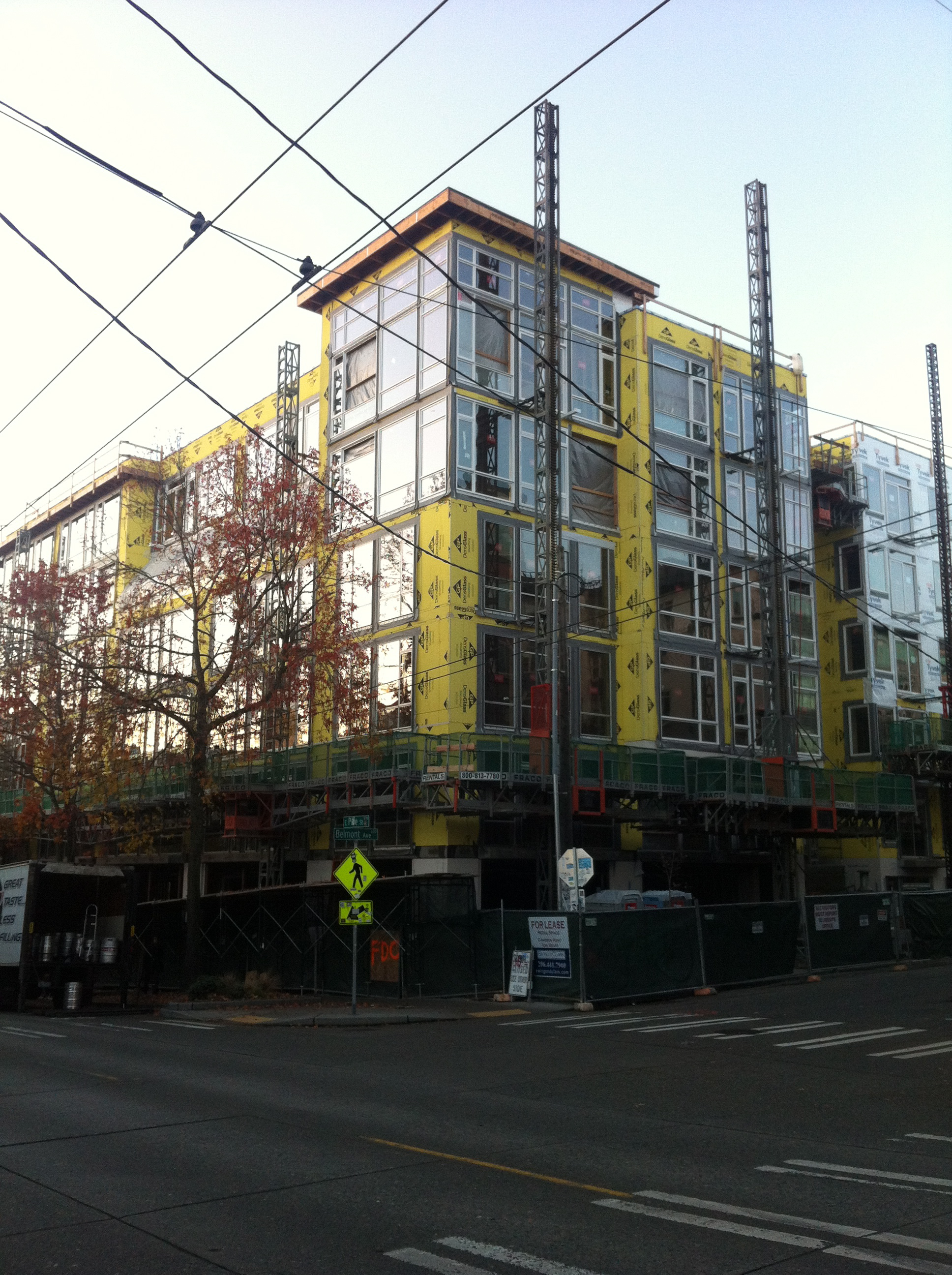 A Ewing and Clark rep for the project said the building should be completed in May with only the current facade work remaining to finish the building. Residential marketing hasn’t begun but the effort to find the right fit for the new Pike/Pine commercial space is already hot and heavy. “We’re locally oriented — no national garbage — just not what we’re going for,” the rep tells CHS. The rep said the two “restaurant spaces on the corners” have gotten a lot of interest and that an ideal mix would include “a couple service or destination retail tenants in the middle.” 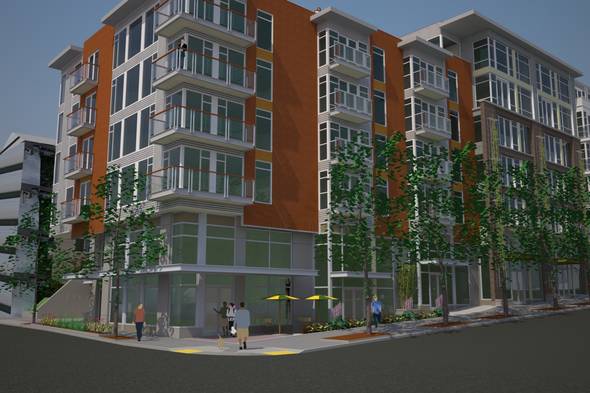 The rep said the west corner space is of particular interest with 28-foot ceilings and room for an outdoor, enclosed dining area. Another possibility the real estate people are open to — a bar of a tavern in the middle space between the two potential restaurants. 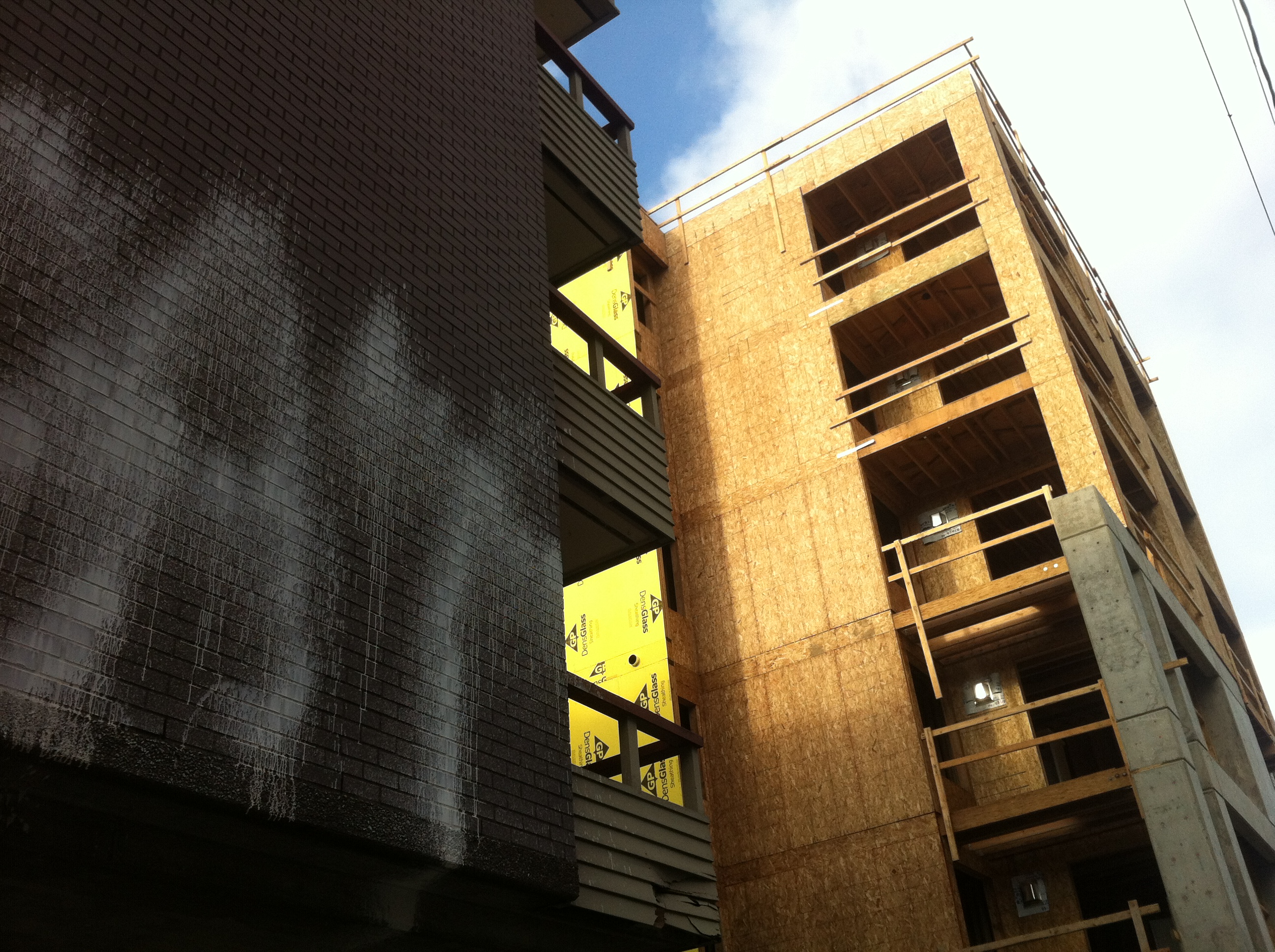 Bellevue between Pike and Pine — Bellevue Terrace
Ewing and Clark is also handling the commercial leases in the soon-to-be completed Bellevue Terrace development. We examined the project here last April. The building’s prospects are likely rising now that the Marion Apartments are finally coming down. The 23 residential units will be available when the building is slated to be completed in May. The retail component at Bellevue Terrace is limited — under 1,000 square feet — but expectations are that it would make a good home for a mid-block cafe. There’s venting for a full kitchen hood, if desired. “We keep our ear to the ground,” the rep said. He also said, once things start moving, they move fast. “We have no leases signed at this point. In the next three months, all these spaces will likely be signed.” 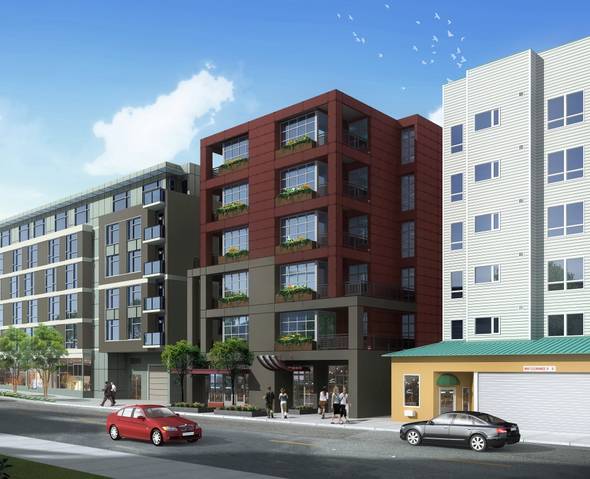 Wouldn’t it be great if one of these developments included an office supply place? Offering something between upstairs at the Broadway Market QFC and a drive to Office Depot.

Yes! I went walking around Pike/Pine and went to 6 stores the other day trying to buy an external hard drive. It was completely hopeless.

It is not necessary to drive to Office Depot though, one can just get on the 49 and go to the store at 4th and Pike, which is what I ended up doing.

The Bellevue Terrace: a moderately sized structure, it maintains the variety that makes for an interesting streetscape, and apparently it pencils out. Who’d a thunk the behemoth project sizes that are turning Broadway into a boring mini-SLU and demonstrate a failure to comprehend (or at least respect) basic facts of good urban design are not necessitated by economics? (Unless it’s the economics of Sally Clark’s re-election campaign fund?)

Surprised at the lack of comments. These building and their tenants will shape our neighborhood for years to come. And it doesn’t look good. Square, expensive and uninspired. Capitol Hill will become hollow ground just like Belltown in 10 years. It doesn’t work Seattle. Try a little harder, residence and developers.

The old brick buildings are square too. Would you make the buildings round instead? The only other option from a shape perspective seems to be either:
* slanted roofs like on a house
* really creative buildings like the terrace-like elementstoo.com

The first one is trite. There’s plenty of houses on the hill. The second one is definitely much more expensive than these projects.

I personally think that the Marion replacement and the Bellevue Terrace look terrific – exactly what the hill needs to revitalize itself. The white building next to the Belluvue Terrace is exactly the cheapo crap that needs to be torn down and replaced with more of the above.

Still, what do you suggest in terms of not being boxy? I’m curious – don’t get me wrong, I would love to see playful architecture and don’t love the boxes either – but I just don’t see it as feasible for a lower price.

All of this development on E Madison is great, but worrying due to the sorry state of E Madison St right now. The stretch of E Madison from Broadway to 23rd was not designed for density, pedestrians, bicyclists, or the urban atmosphere of new developments.

Some of the people who move into these new developments will die because of the sorry state of Madison – just a fact based on the statistics of this street.

The city of Seattle urgently needs to complete E Madison –

I know many if not all of these changes were included in the sadly rejected car tab increase, but Seattle really needs to find another way to fix these deadly outdated streets which are getting more deadly with new development.