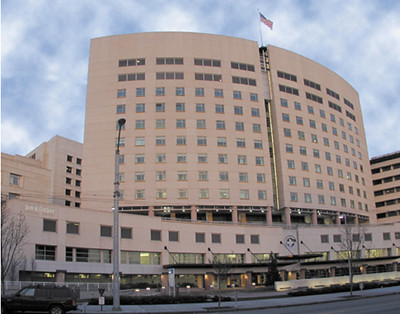 Swedish Medical Centers will have no changes in end-of-life policies and will transition elective abortions to a new Planned Parenthood clinic on First Hill as the plan to share resources in a multi-billion dollar combination of two massive health care providers won’t be challenged by the FTC, according to Swedish and Providence Health and Services representatives.

In a statement released Wednesday, Swedish and Providence outlined the efficiencies expected from the combination of shared facilities and resources. In October, the Seattle Times reported that Swedish was working toward no longer offering elective abortions as the affiliation was being shaped and would instead back a new Planned Parenthood clinic on First Hill.

Despite the changes on the abortion front, Swedish officials have said there will be no changes in end-of-life policy at its facilities. Frequent CHS contributor Andrew Taylor spoke to Q13 in October about concerns regarding the end-of-life policy in light of the affiliation.

Here is the statement on the finalized Swedish-Provident agreement:

Officials from locally based Providence Health & Services and Swedish Health Services announced today that the affiliation between both health systems is official. This unique affiliation will allow both organizations to work together to improve health care quality, access and affordability for residents of Western Washington.

Through this affiliation both organizations will collaborate to better deliver health care to the region, while at the same time maintaining their individual identities and heritage. Providence will retain its Catholic identity and name, and Swedish will retain its name and will remain non-religious. While the organizations’ names and brands won’t be changing and patients won’t see any difference in how they access care, by working together, Providence and Swedish can reduce costs and increase quality and access for patients in Western Washington.

“This is an exciting day for both organizations,” said John Koster, MD, Providence Health & Services president and CEO. “Together, we will reach new levels of excellence and will be able to improve quality and access for Western Washington in a way we couldn’t as separate organizations.”

Well, I think if you are a patient requiring an elective abortion, you will notice a difference in your care. Is there any wonder that Planned Parenthood is the largest provider of abortions given that other organizations cave to religious organizations and ceases to perform a legal procedure.

I find it appalling that Swedish is playing politics with women’s health. My family has been lifelong Swedish customers but I refuse to be a party to their bizarre decision to refuse elective abortion. I wash MY hands of their politics and will take my business elsewhere. Literally cancelling a scheduled surgery for my son over this.