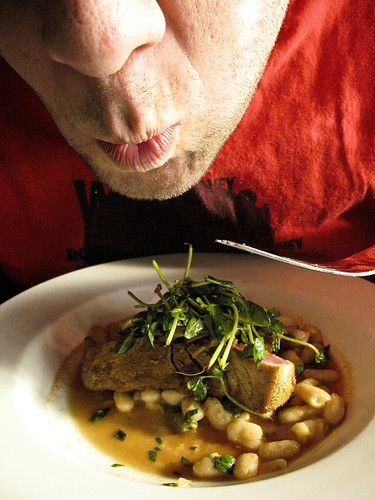 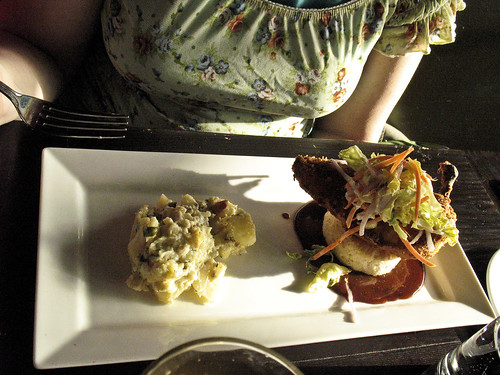 There’s been a lull in what sometimes feels like a frantic rush to open new bars and restaurants on Capitol Hill. Never fear, food+drink news seeker, there is plenty more to come. Dance clubs and tapas bars, patisseries and cafes. Soon, impatient one. Soon. In the meantime, we’ll take a look at another mania altogether — and the calm solution to it dreamed up by one loose confederacy of restaurants.

“A few of us were talking about the prospect of doing a grassroots promotion – something without the need of ads or marketing overhead -something that was straightforward, low maintenance and had nothing to do with discount dining,” Quinn’s GM Regan Vaughn tells CHS. “And, more than anything, we wanted it to be about giving back to our loyal guests… and this is what came of it!”

Ides of May Giveaway
During these, the doldrums of Spring, 12 of Seattle’s best restaurants are coming together to bring you one huge giveway.

Details: Simply request a raffle ticket from your server or bartender when you come in to eat. Fill it out with all your appropriate contact info and turn it in at the end of your meal. Show up for the grand prize drawing at Quinn’s on the Ides of May – Tuesday, May 15th – at 4pm. (Hint: Half priced beer will be flowing aplenty.)

So get out there and get eating! Try something new…. or don’t. Eat at your favorite restaurant every night! The more you dine, the better your chances are.

fine print: entrants need not be present for the drawing to win. limit one raffle ticket per person per day. employees of restaurants are eligible, but will not be issued tickets from their home restaurant.

All you have to do to participate is eat at one of the restaurants listed above and ask for your raffle ticket. If you think you couldn’t possibly win, there’s hope. One time, when CHS was small, he entered the raffle at the Arctic Circle Drive-In and won a t-shirt entitling him to a free Icee whenever said shirt was worn to the Arctic Circle. You have a chance.

Vaughn said the restaurants involved came together in a “pretty organic process of ‘Hey, I bet so-and-so would be into it’ and ‘hey, whats-his-name’ would be totally down’. What we ended up with was a group of great independent restaurants who share some core values of quality, simplicity and community.”

The hope, Vaughn says, is to make the game a regular thing whether it’s good for business or only fun. 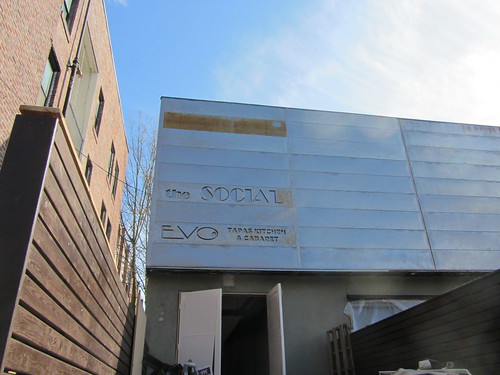 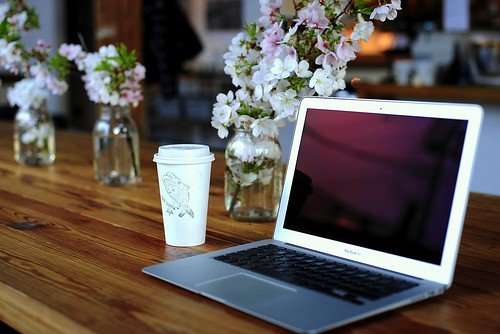 Coffee while I work, originally uploaded by SeattleSandro.

So does anyone know what’s up with the rusting on the siding of The Social? At first I thought it was just poor installation of materials, but one of the new panels that they just put up is completely rusted. Is it intentionally supposed to rust? Or are they eventually going to sandblast it then paint it? Right now it’s looking rather crappy.

sorry to pee in your cornflakes, but...

I’m sure this won’t be a popular thing to observe, but– I don’t think it’s legal to have a giveaway that requires a purchase. And giving entry forms only to people who have just dined does constitute a purchase. To do so makes it essentially a lottery, and there are very specific rules around that. It may only be OK for non-profits. If they haven’t already, they’d better look into it before they get in too deep for this promotion.

The entire front facade will rust over. This is part of the process and will soon all share the rusted over look.