Beer nerds rejoice! You made it to the 4th annual Seattle Beer Week running May 10th – 20th. With the recent addition of beer haven The Pine Box to the neighborhood, Capitol Hill has a stacked line-up of events to choose from. Beer can car derby? Yes. Pig roast? Yes. Beer industry legends? Yes. You can even bring mom along for half-off drinks at a Mother’s Day brunch. 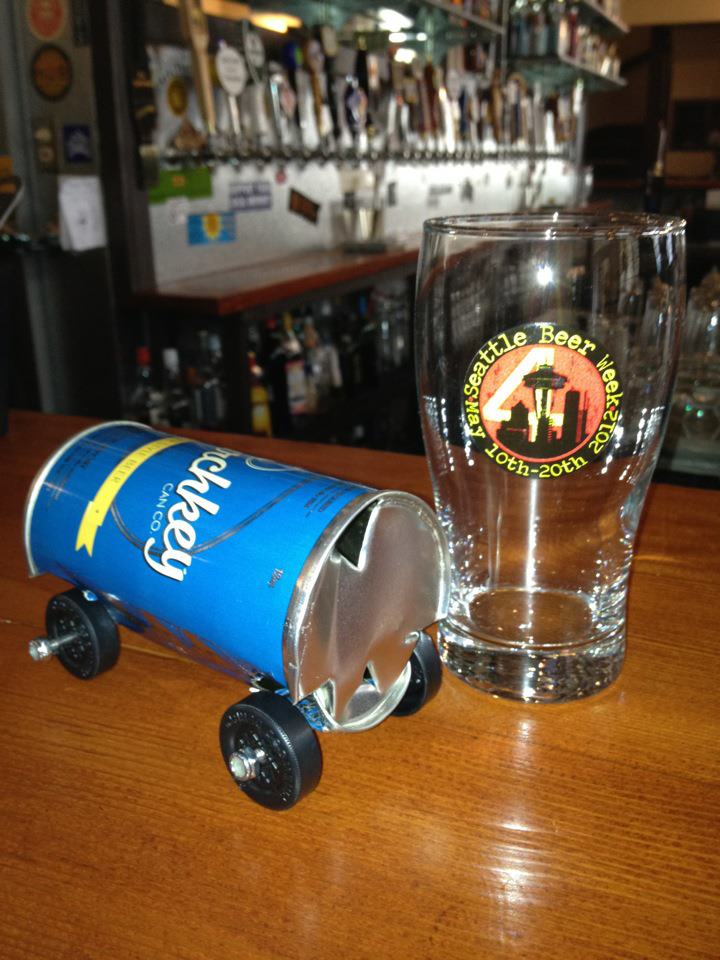 More than 100 beer-related events will be happening throughout the city. To keep track of it all, Beer Week set up a calendar so you can make your own custom itinerary. In the meantime, here’s a rundown of all the Hill events.

Come celebrate the kickoff of Seattle Beer Week 2012 at the historic Elysian Capt. Hill Brewery. We will be tapping the official SBW 2012 beer, Split Shot, at 6PM.

Come put a nail in yer coffin at the final stop on our opening night gala at The Pine Box.

Quinn’s and Fremont are teaming up to make Quinn’s 3rd Annual Pig Roast the best one yet! Due to high demand we’re doubling our capacity and we’re stepping up our offerings. In addition to live music and special casks from Fremont, we’ll also be hosting the only Homebrew Competition of SBW!! The crew from Fremont Brewing will be on hand to review each entry and will pick a winner based on flavor, balance and style. The winner will get behind the scenes access to Fremont Brewing for a whole day of brewing! Get tips and hints and see how the pros get ‘er done! Additional prizes will be available for the best label art of the day – as judged by the crowd. As usual, one ticket gets you beer and all the pig you can eat. $30 plus tax presale. $35+ at the door. For details, reservations or to sign up for the homebrew contest, contact the restaurant at 206.325.7711. Don’t put this off! Entries and space are limited. 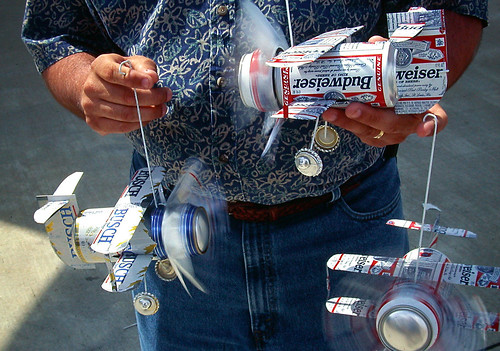 The race is on! Come and try your luck racing cans cub scout style down the tracks to beer glory. Build a can car on the spot or build your own at home and bring it in.

Beer Prizes will be awarded!

Build Your own at Home! ALL CARS MUST PASS INSPECTION TO QUALIFY FOR THE RACE

Following are the inspection points

More info to come as we collect more local beer canners for the event!

Half off beer during Brunch for all of you mothers out there.

We’ll be featuring special brews from the Widmer Brothers for Mothers and others during this tasty Brrrunch.

Trappist Beer Dinner at Quinn’s Tuesday, May 15th 7pm (seating limited). Merchant du Vin is blessed to represent three of the world class breweries that will be coursed with amazing dishes from Quinn’s kitchen. Come learn about the Trappist breweries, taste “best in the world” beers paired with incredible food, and do a good deed by contributing to the charities that these breweries support with the proceeds of the beer that they so devoutly brew.

A night pairing some of the boldest beers, with some of the finest chocolates. Join David Walker, of Firestone Walker, and Andrina Bigelow, of Fran’s Chocolates, as we explore the boundaries of two very different fermented delicacies.

This will be a 10 course pairing accompanied by a photography exhibit of each company by Rawi Nanakul.

Price is $55 including gratuity. 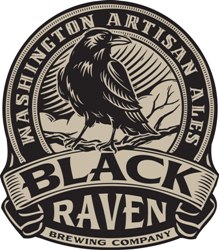 The zany boys from Black Raven Brewing Company are back for their annual trip to the ‘Vine. Amazing beer will be involved. There will be a cask on the bar and brats on the grill. The crazy raven returns.

8oz Burger Bar in Capital hill, and Emerald City Beer are teaming up for a special night of Exotic Meats, and Local Lagers. 8oz is preparing a world class trio of Veal, Lamb, and Wild Boar sliders to be paired with Dottie Seattle Lager, Betty Black Lager, and Ivana Pale Lager from Emerald City Beer Co.

This will be a sour beer seminar and blending workshop led by New Belgium’s master blenders Lauren Woods and Eric Salazar.

There will be 2 sessions. Space is very limited.

This year 8 Seattle area breweries are taking on 8 San Diego area breweries to see which city has the most kick-ass Cask ! Come taste a great line-up of cask beer and help us choose a winner by voting for your favorite brews! 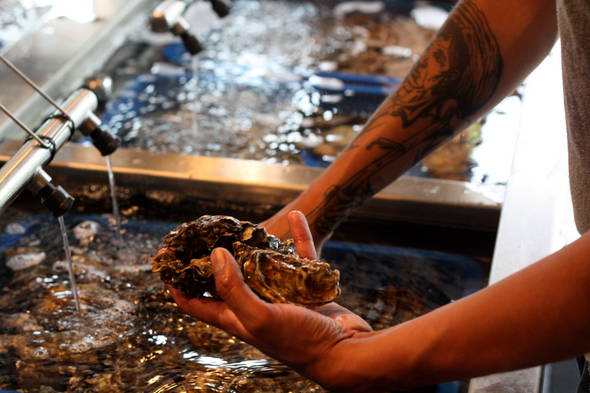 Come for the Capitol Hill Artwalk, Stay for the specials on Stone Brewing Co. Beers.

Join us for a relaxed evening with acclaimed brewer Fal Allen and his beers as head brewer at Anderson Valley Brewing. Along with his presence we’ll have some special reserve beers from their cellar.

“Fal Allen started brewing professionally in 1988 for Red Hook Brewery in Seattle, Washington. In 1990, he moved downtown to Pike Place Brewery where he was the head brewer for eight years. In 1999, he was awarded the Brewers Association’s Russell Schehrer Award for Innovation and Achievement in Craft Brewing. In 2000, he took over as the general manager at Anderson Valley Brewing Company (AVBC)  in Northern California. Starting in 2005 he did a five year stint as brewmaster for Archipelago Brewing (a division of Asia Pacific Breweries) in Singapore, he returned to AVBC as Brewmaster in 2010. He has been a beer judge at the Great American Beer Festival for many years and has judged several times at the bi-annual World Beer Cup. Fal’s writing credits include co-authoring Barley Wine (Brewers Publications, 1998), a four part series on Microbiology and lab work in Brewing Techniques and more than 40 articles in American Brewer, The New Brewer, Zymurgy, MBAA Technical Quarterly, Celebrator, Malt Advocate, and other publications.” – Brewerspublication.com

Sound Brewery Night: A Night of Beer, Food and Music

The boys in Poulsbo are brewing some amazing beer and we will be sharing some of their special craft with you on Friday. Live music and something special from the kitchen will be included in the fun.

Ninkasi brewing and Oola distillery present Beer Cocktails with Ninkasi founding brewer Jamie Floyd and Oola’s own Brandon Gillespie. Come see how these two beverages can be made into artful cocktails by talented bartenders.

It’s Quinn’s Beer O’Clock on steroids! During Beer O’Clock, we’re offering our entire beer list at half price for the duration of Seattle Beer Week! This, of course, includes any of our 14 draft beers, all of our Trappist Ales, our large format list and the rest of our 50+ bottle list of ales, lagers, sours and ciders. As usual, our bar menu will be available: burgers, sloppy joes, fish & chips – and recently added- oysters on the halfshell. Fresh oysters and half priced Guinness on draft? I’m just sayin’…

Four Roses Boilermakers
All day, every day
The Pine Box

Dude, and the sun will be shining- sweet!