There is hope — and a plan — for keeping the landmark Volunteer Park Conservatory open well beyond the park’s centennial celebration this summer. We also have details of when the $800,000 $600,000 overhaul of the park playground will begin and what it will entail, below. 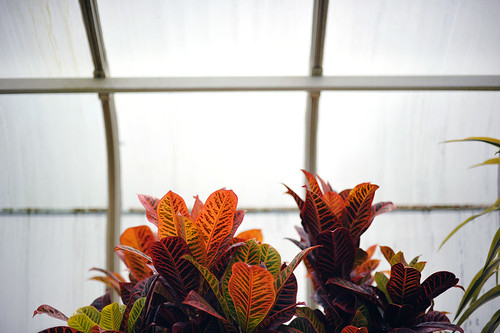 Audrey Meade of the Friends of the Conservatory says the group is feeling more hopeful about the future after the city announced last year it was preparing to cut back funding the facility. “We’re getting more verbal support from the Parks Department,” says Meade.

They’re also getting a plan. CHS reported on the community process to solve the Conservatory’s budget woes last year. That plan was released this week. It recommends either either a $3 entrance fee solution or a $4 fee mixed with the addition of a new events tent space that could be used as a revenue driver to support the conservatory’s estimated $400,000+ annual operations budget. 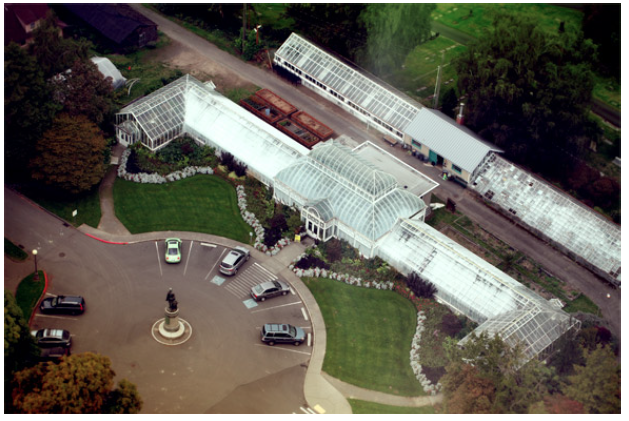 Other options analyzed and rejected in the “business plan” included moving the conservatory structure to another location, turning the building into a permanent event space or mothballing the building.

The city hired an Arizona-based consultant in March to determine how to keep the conservatory open, financially solvent, and what the city’s future role should be. Meade says the Friends were initially worried about the $50,000 hire, but feel confident after meeting the consultant he has the conservatory’s best interest at heart.

“This guy really knows the business and we respect what he has to say. That being said, there will be some hard things to hear.”

Talk of an admission fee has circulated for some time, particularly following last year’s consultant announcement. Meade says a new fee will largely depend on the consultant’s final report. Either way, she says, the Friend’s role in running the conservatory will likely increase substantially.

Also set to increase — weddings. A big component of the final plan will likely include an increase in events hosted at the conservatory. The facility currently hosts around a dozen per year. The addition of a tent adjacent to the facilities could boost that number above 30. Sounds like it could be a lovely place for a wedding.

The group is still trying to raise $3.5 million for much-needed structural repairs. Meade says there has been some headway, but couldn’t say how much has been raised thus far.

Parks says more than 85,000 visitors come to the conservatory each year. The report notes that if Seattle Parks chose to close the conservatory, it would be an unusual step:

The findings of this review included: (1) no other conservatory has been closed for financial reasons; (2) three have come close to closing due to financial constraints but have all remained open to the public; (3) most conservatories similar to VPC are supported largely by general revenues from their city; (4) many are trying or planning to increase earned revenues; (5) the staffing level at VPC, which accounts for most of the expenses, is reasonable by national standards; and (6) the ability of VPC to become entirely financially self-sustaining is severely limited by the size of the Conservatory and the lack of facility rental space.

The proposed fees wouldn’t eliminate the need for Parks funding. Both plans would offset costs from between 40 to 75% after five years, according to the report. 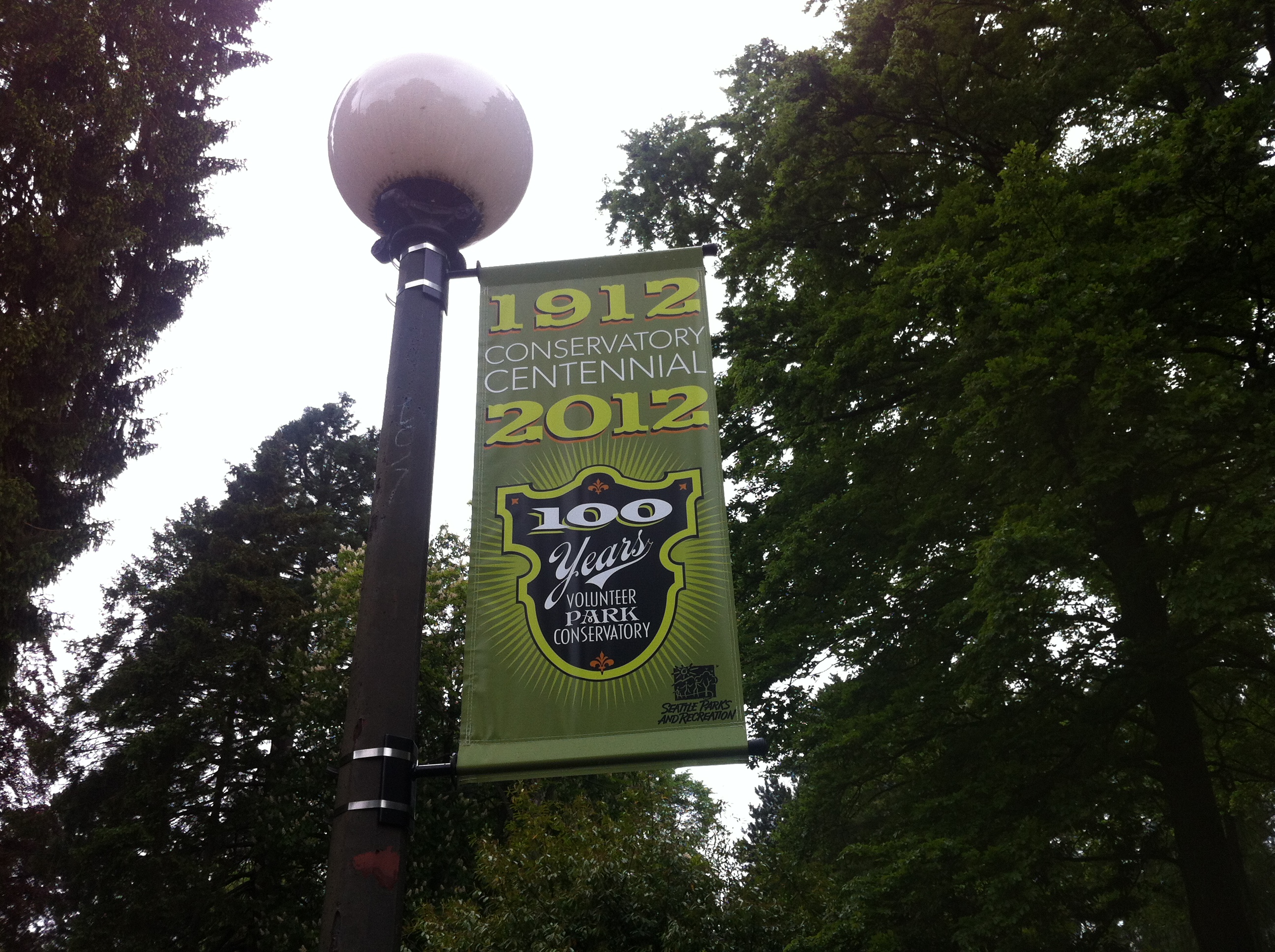 The Friends group has also raised funds to place banners celebrating the centennial throughout the park (Image: CHS)

On May 2 the Seattle Landmarks Preservation Board approved the play area upgrade with no major changes. (The board had to sign off on the project after designating the entire park a city landmark last November.)

The catalyst for the project was to get play equipment to meet safety standards and make the area wheelchair accessible. After the final play area schematics are in, the city’s parks engineer will sign off on the plans. Then the work contract will go before the city Finance Department with RFP’s going out in early June.

Due to neighborhood concerns over the play area and wading pool closing over the summer, construction on the new playground was pushed to September. The project should be complete by early November.

The wading pool, stair slide, and sculpture will definitely stay. Hassinger says the contractor has yet to provide a detailed diagram of the new play equipment. A “natural play” area will also be built along an “adventure trail” on the north edge of the park. These usually include boulders, logs, and sand pits.

Some grading work will be necessary to make the play area and bathrooms comply with ADA regulations.

The $600,000 project was originally budgeted at $800,000. Hassinger said the department lowered the budget after discovering original overgrown pathways that were less than 5 percent grade, making some grading work unnecessary. The extra $200,000 will be returned to the parks budget for future projects.

That would be absolute shame if they closed the Conservatory. It’s one of the gems of the city.

Kudos to the city & Parks for finding a way to keep the playground open through the summer and reduce the cost of the overhaul. The ‘adventure trail’ play area came up at one of the public comment sessions and seemed to have a lot of enthusiasm, so another good sign that it’s in the plan. So far, so good!

I am very glad to hear that the consultant the city hired to decide how much to charge for the conservatory turned out to be pro-conservatory and knowledgeable. The report is a very high-class one with pictures and tables and lots of intelligent discussion. However, when it comes down to it, the main recommendations are, to raise revenue, charge admission (using an unattended system, apparently) and put up a big tent to have more weddings there and other events. To cut costs, they recommend reducing the staff of the conservatory by one gardener (from 4.5 to 3.5 apparently) which the consultant recognizes will have a real impact on the quality of the displays.

The admission charge suggested? $3, the same as the current recommended donation. No new recommendation as to amount here, actually.

So, here’s the thing. It’s a very nice looking report, but basically, for telling the city to cut staff, promote the place as an event location, and make the current $3 suggested donation into a mandatory charge, the $50,000 cost of the report would be equal to the first 16,667 visits after the price goes in. That is, this lovely consulting report has cost the city the equivalent of the first 3 or 4 months of entrance fees (according to the projections in the report). I do think someone could have come up with these recommendations without quite so much lovely reporting.

Another issue with the report — it doesn’t look like it takes into account the cost of charging admission. It seems to recommend an automated system but I don’t see any money allocated to pay for installation or maintenance of the system (or for someone to collect fees if it’s done manually). Maybe I’m overlooking something. But, what’s the average cost of collecting a payment? It seems to me a little unrealistic to charge $3 unless the cost of collecting the fee is lower than say, $1, which I wonder about. Are they going to take credit cards? Would this be something like our parking payment kiosks? This important detail is unclear from reading the report. But it’s going to cost real money to install a pay-for-entry system. How much?

Despite my snarky comments about spending $50,000 for someone to tell us to charge $3, perhaps the report is worth it, however, because it presents the case for keeping the conservatory fairly effectively. Perhaps our politicians need such a document to decide to keep the conservatory. After all, our city council is the second highest paid in the USA, last I heard. They probably need highly paid consultants to tell them how valuable the conservatory is, or it won’t seem valid to them. Otherwise, it’s kind of hard to understand why, in such lean times, we continue to spend money for very high end consulting reports that tell us — the conservatory is worth keeping and we could charge for admission and have more events there. But again, it does tell us this in a very presentable way, with lots of interesting information about our conservatory, and considering alternatives like, close the conservatory or move it to a different location, so I think the consultant have earned his pay, judging from other consulting reports that I’ve seen.

One thing I don’t understand about the report is, why it seems to reject the idea of having some coffee or food service with the conservatory. They point out there’s the house next to it with a kitchen that’s now used for meetings and such. Why not rent it out for a coffee bar or even a sandwich shop? Yes it would take some renovation / upgrading the space, but that could be part of the deal. It seems like a pretty desirably location especially with the very heavy usage the park gets in the summertime. Or, even lower overhead, why not make space for a food truck and charge rent for this next to the conservatory? Yes it would bring a little bit of business into Volunteer Park, but there are tons of people who walk by there and if handled right could add to the enjoyment of the park, as well as generating revenue.

Love the Centennial Banners for the Conservatory! Great photo CHS!

They are wonderful…and I hear they will be re-purposed at the end of the season and made available as tote bags in the FOC gift shop in the Conservatory.