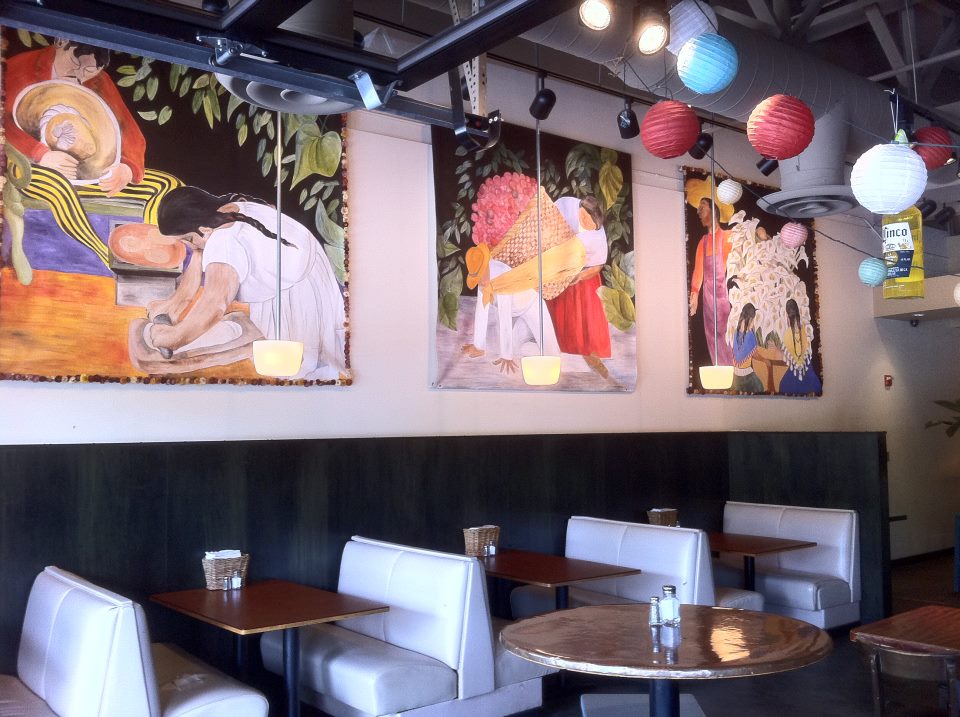 Mexican by way of the Eastside by way of… Brazil. Inside the Woodinville location (Image: Ooba Toobas)

By the end of July, Broadway should have a new Mexican eatery and, if all goes according to plan, a small outdoor patio with the weather to enjoy it.

The Eastside-based Ooba Tooba Mexican Grill will be opening its 5th location at Broadway and Olive in the space adjacent to the north side of Rite-Aid.

The 209 Broadway E. location is somewhat of a monument to failed Thai ventures. Artid Thai shuttered last September after only a four-month run. Jup Jup Jup had a relatively short stint before that. Previous to that it was Chili Basil, and Thai Go before that (bonus points if you can take it back further).

Despite the location’s rocky history and several existing Mexican options nearby, Ooba Tooba’s Michael Hughes said the company was confident in the move and its product.

“We considered the Pike/Pine area … Broadway has the type of energy that we like,” he said. “We’re casual and comfortable and we feel like we will be a good addition.”

If the restaurant hits its time targets, it will be the second new Mexican restaurant to join the Hill in July. CHS reported that Fogon is set to open on E Pine in coming weeks. You can also stop by the newly opened cafe and roastery El Portal at 23rd and Madison for Veracruz-style coffee.

On Broadway, Ooba Tooba will be a counter service eatery featuring made-to-order items (meats and veggies are grilled up on the spot.)The menu offerings are familiar territory: burritos, tacos, enchiladas, etc. Veggie and seafood options round out grilled skirt steak, chicken, and chipotle pork. The small chain prides itself on its fresh salsa bar, made in-house.

Food and drinks are reasonably priced: burritos go for $7-$9, enchilada plates are $10; margaritas are $6.95 and mojitos are priced at an irresistible $4.25.

The Mexican cuisine scene on Broadway already features the Qdoba chain, Tacos Chukis, La Cocina, and La Puerta (which we’re told is now under new ownership). Long gone, posse, is the legendary Broadway Taco Bell. On north Broadway, Galerias has been closed since a November 2011 fire that was being investigated as an arson.

The Ooba Tooba space the Broadway Rite Aid is around 2,200-square-feet and will have a total seating capacity around 120 people. Hughes said the restaurant will employ around 15 workers. Thanks to reader Liz for the tip after spotting the sign announcing the new restaurant.

Ooba Tooba is still working out permits with the city, but if all goes according to plan, there will be a small outdoor patio akin to Americana down the street.

If the Eastside locations are any indication, the new Ooba Tooba will have a modern Mexican vibe with bright colors and Mexican inspired art that mostly avoids being obnoxious.

Craig and Lisa Johnson opened the first Ooba Tooba in Redmond in 1997 after gathering recipes and inspiration from their travels throughout Mexico and South America. The restaurant is named after Ubatuba — a popular Brazilian beach city located in between Rio de Janeiro and Sao Paulo.

According to Hughes, the Johnsons had been interested in expanding into Seattle for sometime, but were waiting for the right space. He said new Seattle locations were likely to follow, maybe downtown.

“We don’t want to be overly corporate, but we feel like we have a good product to sell.”

You can learn more at oobatooba.com.

Chao was first destined to open as Chow Bistro and replace the short-lived Pike’s Bar & Grill in the space 1200 Bistro had made relatively popular over the years. A lawsuit brought by Seattle restaurant operator Chow Foods inspired a name change and the joint opened in late September 2009 with a roster of rather notorious management. It appears partner Tony Kang left the venture at some point but partner Hyung Chung had carried on by embracing things like BarCraft, a night given over to watching the proceedings of a national video game league. 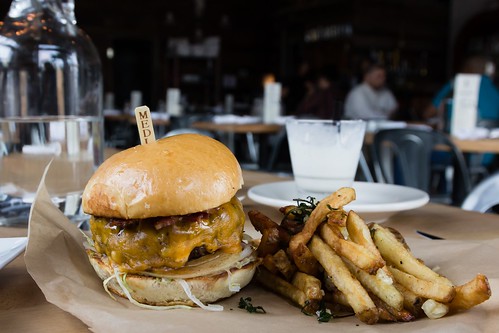 The 8oz Classic, originally uploaded by Meghan A.

The thai place that preceded Thai Go. They had the best thing: Volcano Hen, a whole game hen that they’d bring to your table and set on fire. I’ve never found it offered anywhere else.

And thanks for explaining the origin of the name “Ooba Tooba’. I thought the place had been named randomly by an excited George Jetson.

Tacos Chukis upstairs in The Alley (upstairs from Hana) has the best tacos around. Its ambience won’t compete with a sit-down place, but the food probably will.

Thanks. Added. Sorry for the oversight!

When the building opened in the late 1980’s, I believe there was a Burger King in it. It might have been. Dairy Queen but I’m pretty sure BK. It didn’t last very long, I’d say less than 18 mos.

Love love Tacos Chukis. No one knows about it due to the crap location. Too bad. Everyone I send there gets hooked right away.

the Burger King was still there when I moved to Seattle in 1991. It was there until the mid-90s, I believe

Noodle Studio was there for several years, and was the best of all the Thai places that have since come and gone (IMO of course). I remember going there after the Nisqually quake, sigh. Not sure why the location became so cursed after they left…

I don’t recall the Burger King being there after 1995. There had been some issue with the owner of the BK franchise back in 2002-03 where over 9 locations in the Puget Sound area closed, but I think it was a diffrent owner at the Rite-Aid location.

It will be good to see the space come full circle. More delicious Mexican on Broadway!

I work on the Eastside (gulp) and have a coworker that will occasionally pickup Ooba Tooba for us. *Love* them! It’s not as good as what my mom and aunties made growing up, but it scratches an itch that is hard to get at up here in Seattle. I’m so, so excited that they’ll be opening up just blocks from my front door!

Hmm,I guess I get the bonus points since I remember the original location of Tacos Guaymas and then before that in 97 or 98 Siena Taqueria.

>The restaurant is named after Ubatuba — a popular Brazilian beach city located in between Rio de Jeniero and Sao Paulo.

Wasn’t that Pink Zone back in the late 90s? I remember it being bigger than just the Trendy Wendy spot…

I think even further back (’80s) was Macheesmo Mouse, but that might have been in the space where the Indian restaurant is now.