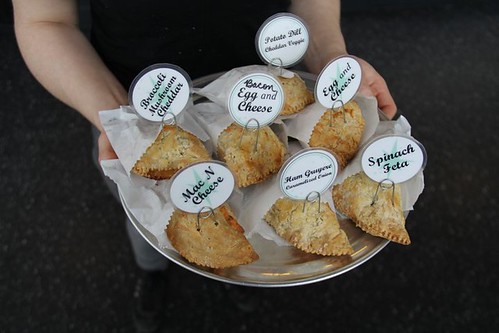 After a long night covering anarchists and fire trucks, CHS has run into High 5 pie’s Dani Cone starting her day just as we were ending ours in the wee hours of the morning. So we’re not sure how she’ll stay awake for the debut of her new late night pie window on 12th Ave. We’re guessing it involves a lot of caffeine. Here’s the breaking news below. Tell a hungry party person. And, yes, High 5 is a CHS advertiser. Also, those rumors about Hot Mama’s adding cheesecake and Comet Dogs offering petit four? Totally happening.

For those looking for a midnight snack other than hotdogs, you are in luck! Dani Cone will be manning the late night pie window beginning tomorrow evening. The pie window will be open only on Fridays and Saturdays from 10 pm to 3am or until the pies are gone. Flipsides and coffee will be available at the pie window.

I think this is a great idea! Dani continues amaze!