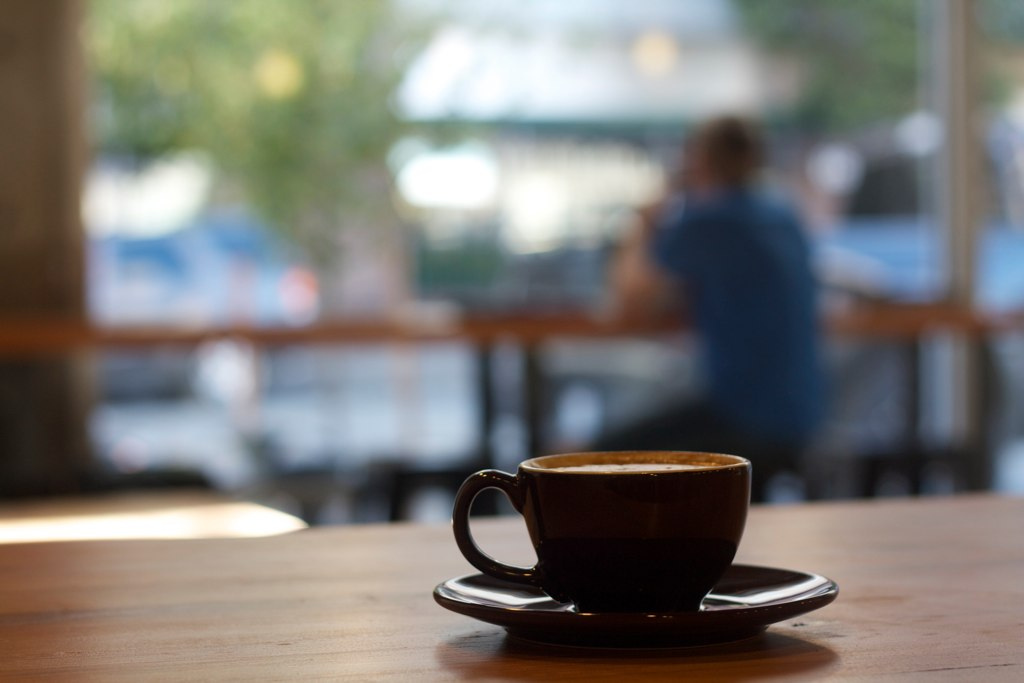 The Capitol Hill expansion of Broadcast Coffee is now open on Bellevue Ave. You may now let your “another Capitol Hill coffee shop,” “free advertising?” and related barbs rip. CHS likes to visit new things and see the fruition of the visions we report on daily and the mix of how things end up in the real world of a changing neighborhood.

We also like Broadcast Coffee’s recruiting strategy. The Central District-born cafe ran what we think was the first “now hiring” ad campaign in the history of CHS. We’re told it netted ten applicants. Success! 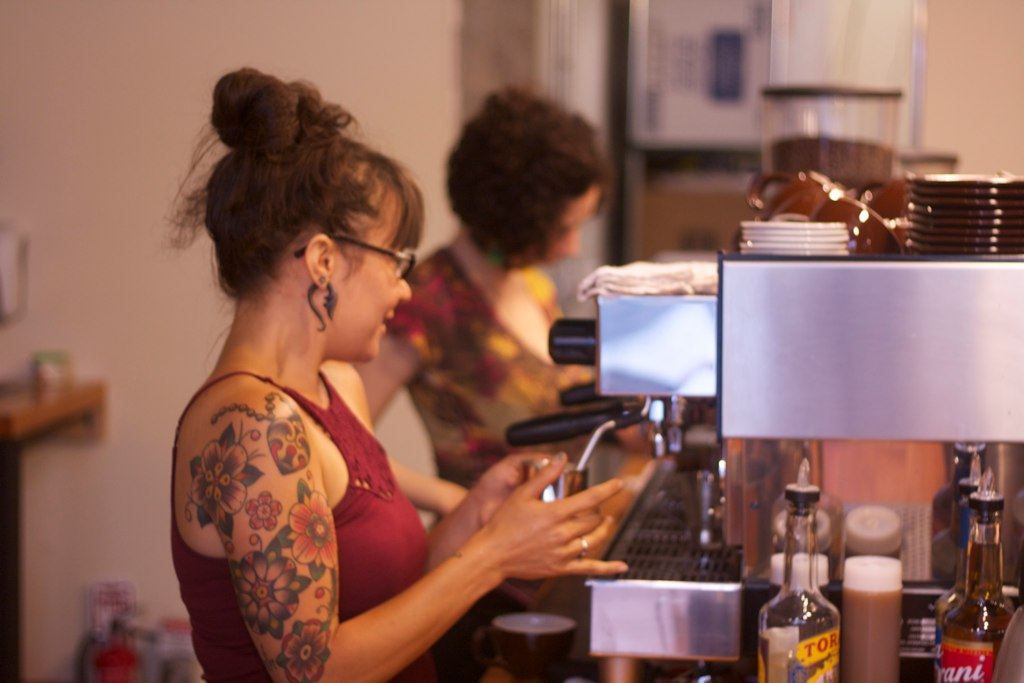 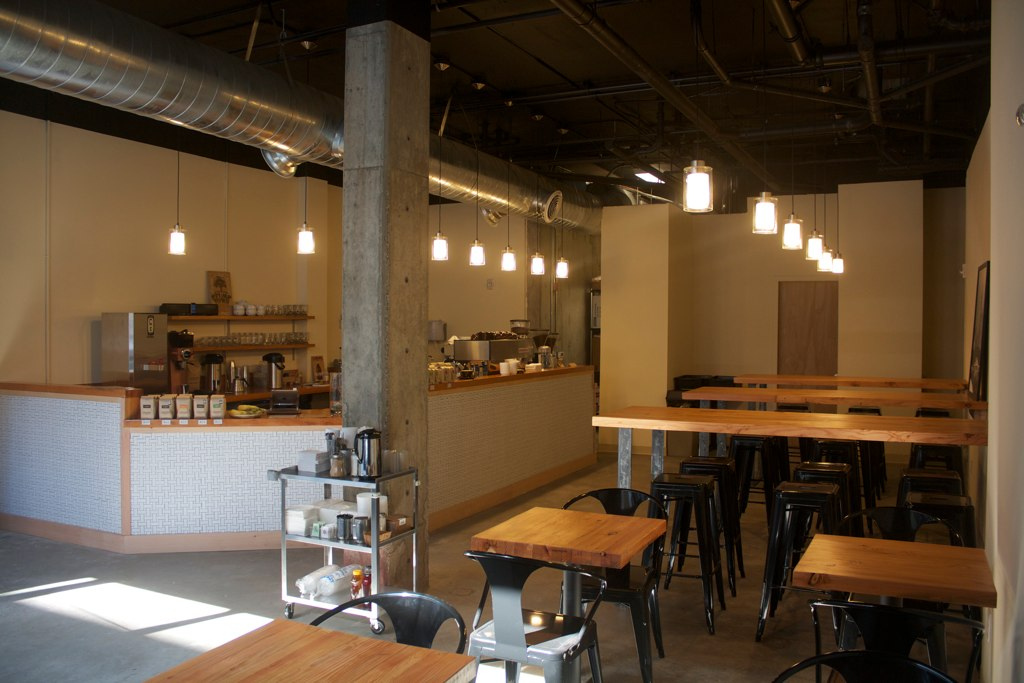 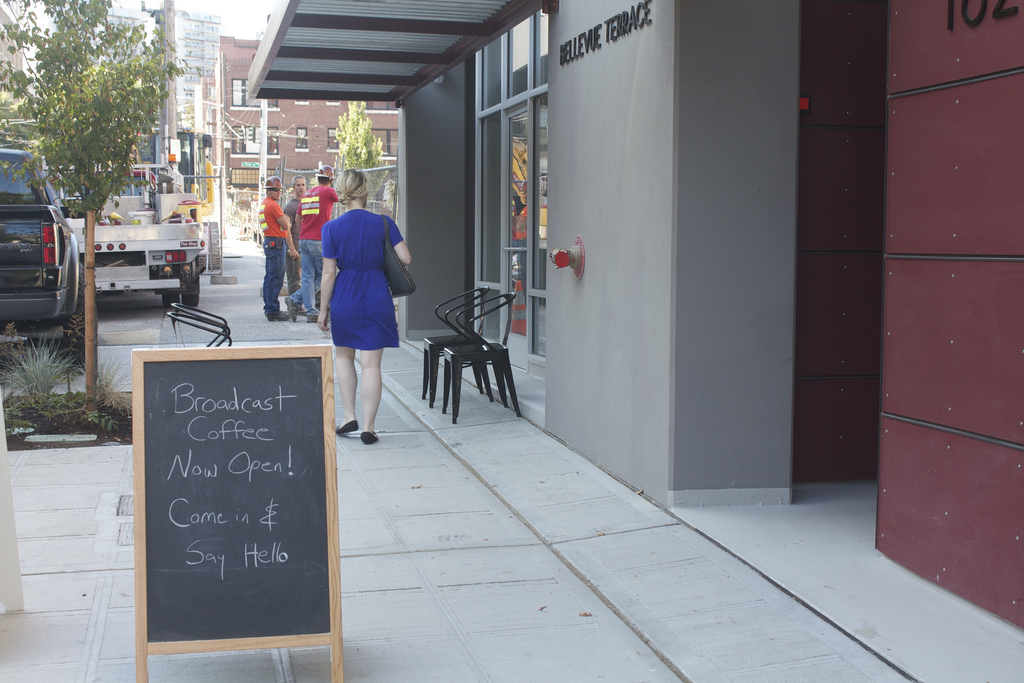 We first told you about Broadcast’s jump onto Capitol Hill back in June. The Stumptown-supplied coffee shop is part of the new Bellevue Terrace apartment building and could vy with E Pike’s Victrola to carry the load when Bauhauseventually goes offline for construction of the Melrose & Pine project.

Inside Barry Faught’s Broadcast, you’ll find less funk than Bauhaus but more electrical outlets that don’t look like they may have just fried somebody’s mobile computing device. Hours this week will be limited to 7a-3p. Next week they’ll gear up to a 9p close.

Next door, construction is still going hot and heavy on the development that will eventually fill the corner at Bellevue and Pine. CHS will be back to take pictures there, too.