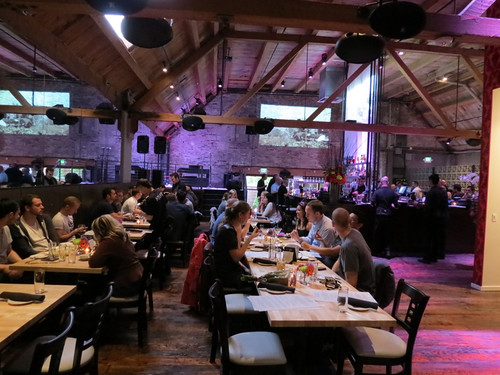 Less than three months after the duo debuted on E Olive Way, an ownership shake-up is bumping out one of the creators behind Capitol Hill’s new the Social gay dance club and its joined-at-the-hip restaurant, EVO:

We’re going through some changes here at EVO. Starting tomorrow, ownership will transfer to The Social in an effort to unify the building.

As a result, we’ll be closing our doors tomorrow and reopening them in the near future with some exciting new features. All the staff here at EVO would like to thank you for coming in and enjoying our food and drinks these past several months. If you’d like to come show support for our fabulous bartenders and servers, we’ll be having a last hurrah tonight, with an extra special farewell trivia starting at 8.

EVO creator and now former owner Todd Nordahl tells CHS that the split has been in the work from almost the first weekend the club and restaurant were open.

“We realized that we were competing for the same dollar,” Nordahl said. “Originally it was just going to be one restaurant with their nightclub. We turned into much more of a lounge-y place.” 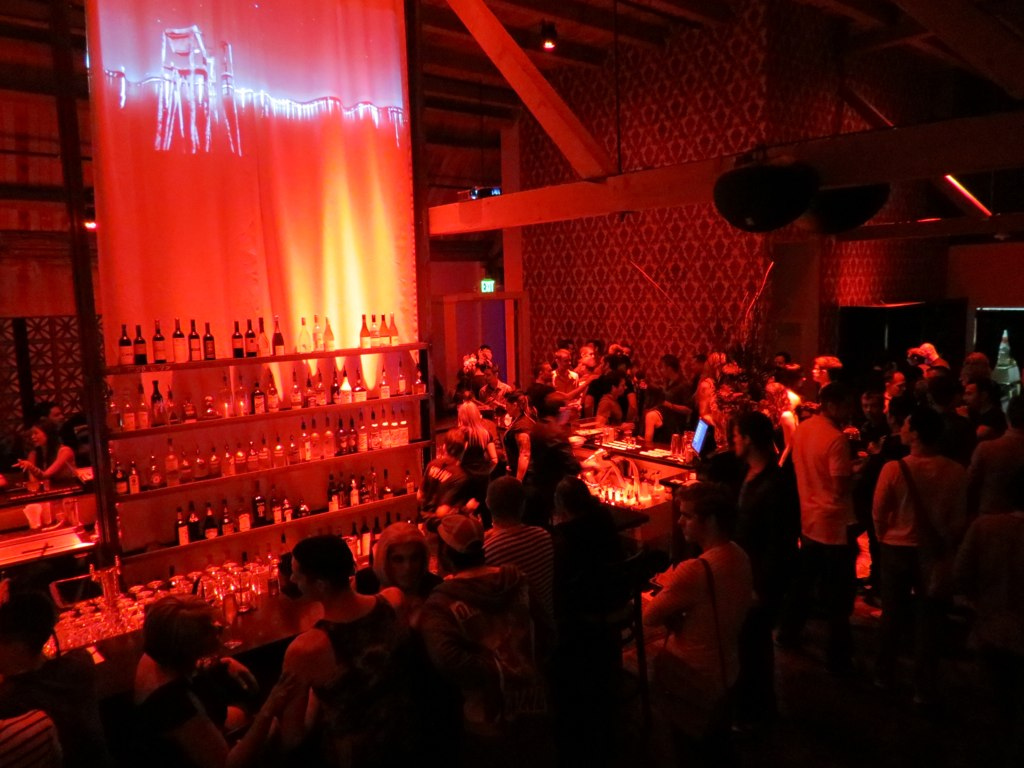 The bar at EVO (Image: Doug McLaughlin for CHS)

Nordahl said he hopes the Social’s Pterodactyl Group ownership including partners Laura Olson and Chris Pardo and investor Alex Garcia will re-open the space and keep many of the current employees.

For Nordahl, this second major episode Capitol Hill food and drink drama is enough. He says he intends to go back to the health care field, his career before taking the reins of the departed Rosebud before shuttering that longtime favorite. Nordahl said the situation at EVO has been a calm, calculated split and that there isn’t a likelihood of litigation related to the break-up.

For Olson and Pardo, the change marks another project undergoing significant changes this summer. Earlier, CHS reported on the exit of the partners from 12th Ave’s Manhtattan Drugs project. The steak house continues to operate as Manhattan. What comes next for EVO remains to be seen. Messages to Pterodactyl were answered by Olson who said a statement would be released to provide more information on the situation. 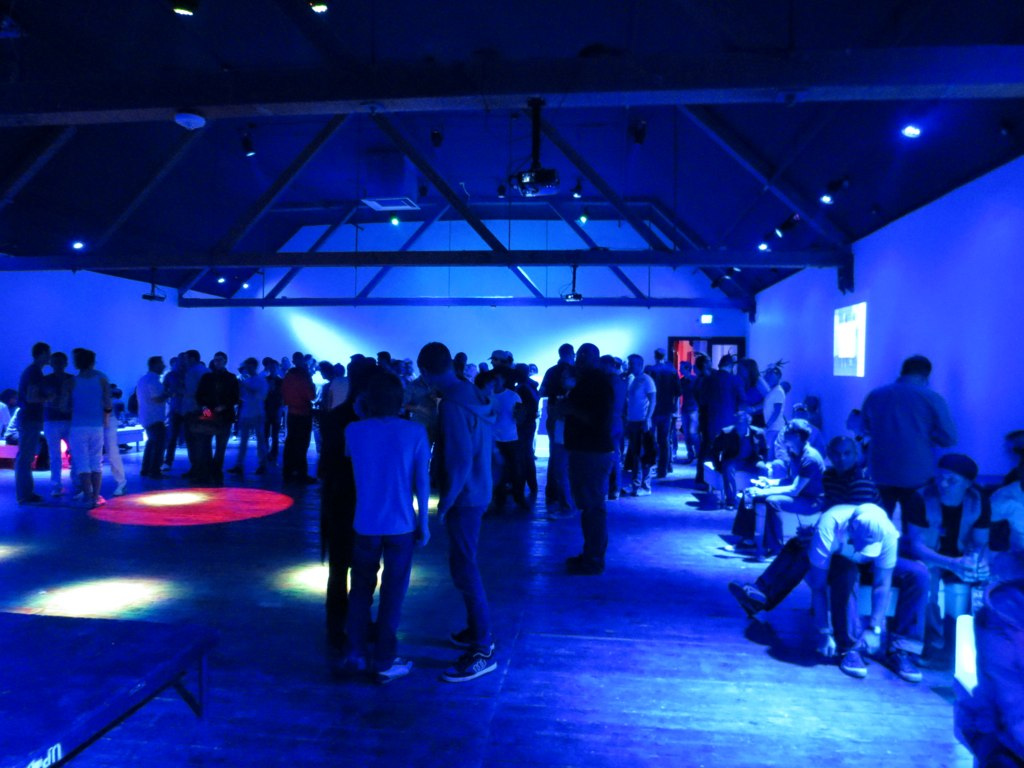 Meanwhile, another new Capitol Hill dance club is waiting in the wings and planning an early September debut. Q Capitol Hill has set a September 8th opening date and is starting its media tours any day now.

What about all the unpaid bills Evo and Nordahl have for the salaries of former employees and food vendors? Have the taxes been paid? I will be very curious to see what happens – does the corporation behind Evo declare bankruptcy? How much did Nordahl personally guarantee? If Evo owned any of the furnishings, inventory, etc, those should be sold off to satisfy creditors. The taxman comes first – the landlord is pretty far down the list.

EVO wasn’t around that long. Strange thing to me is that Seattle Gay Scene says it’s just closing, not changing hands with one fewer partner. I can’t say I’m surprised. I went in once and wasn’t pleased.

I hear plans to work in addiction recovery.

Hopefully this means the Social is on the way out too. I live near the club and every night I get to enjoy drunk twinks screaming in the alley like prepubescent boys.

I personally prefer the maturity of the bears at CC’s over the young crowd at Social any day of the week.

I’m sorry to say it, but the entire place needed a complete overhaul. The Social, in its current form, won’t be around much longer either. It’s only been open a couple months and people have already stopped going. Once Q opens next month I’m betting The Social shuts down and becomes a straight nightclub/lounge.

If there’s any lesson to be learned here, it’s that you can’t simply open a gay-targeted venue and expect a built-in clientele. If you serve shitty food, play shitty music on shitty speakers, and charge a ridiculous amount for this ‘privilege’– we will go elsewhere.

True, but Seattle gays are such fickle b*tches. One week something is AMAZING, the next week “NO ONE GOES THERE!”

Meanwhile, we’re stuck with places like Neighbours, which seems to be mostly straight people and bachelorette parties. Or flaming 21 year olds.

In the age of Grindr and other phone apps, and a city where most places are proudly mixed, gay-only clubs are pretty pointless.

Hate to break this to you but The Social is not a place for twinks only. That is a sad story someone has been sending around. For the record I would think it would be better to support a gay owned business than not. If you are an older gay male there was a time when you were not and went to dance clubs. There is no reason to be bitter now about them.

You all need to realize that we are the downfall of our own places to hang out and be ourselves. Dancefloors on the hill will be shifting soon and we wont have very many options. My recomendation is to support ALL gay owned and supported businesses. Q Bar will be great but as I have read on previous posts gay men here are fickly and they follow their circles. One circle has ONE bad expereince in a club and stops going then the rest follow. If only people would just experience life outside their circles and make their own choices. Support ALL of the gay bars on the hill! SAVE OUR DANCEFLOORS!

Although the “Theory Vodka Lounge” had been closed earlier in the week, it was open on Saturday night, 8 September 2012 in the old Evo/Social place. Door guy claimed they’d be opening at 2 p.m. every afternoon thereafter. Judging by the thin crowd (more staff than patrons inside the place at 1 a.m. Sunday) that schedule appears ambitious.

On the plus side, male prostitutes are no longer hanging around the place, shooting up and causing problems nearby.

[…] who moved to Tucson last year after the shuttering of his Evo restaurant component of The Social nightclub venture, was arrested Easter Sunday as the cruise ship returned […]