Bill’s belongs to Don. And to you and me. And the new developer guy — not pictured (Image: CHS)

“They’re more concerned about the future,” Stevens said of developer Denny Onslow’s investment team behind the building’s purchase and plan to build a seven-story structure at the site. “They have a really refreshing attitude. They would like people to think of it as the Bill’s building.”

But by mid-2013, Stevens must find a temporary home for Bill’s while its 30-year Capitol Hill home is torn apart and built back up as part of the new wave of development upsizing the neighborhood.

“I’m coming in second on some of this stuff,” Stevens said of the competition for restaurants spaces on Capitol Hill.

In one example capturing both the manic pace of new and changing restaurants on the Hill and the unprecedented wave of development here, Stevens said he was beat out on a lease for a new location by another restaurant on the move because its home is set to be demolished only to find out the space he was looking at is also up for eventual replacement by a mixed-use project.

Stevens continues to search. He’s looking for a restaurant-ready space given his relatively short timeframe. And, of course, he would like it to be as close to Bill’s longtime home as possible.

Bill’s has been open at Harvard and Pine since 1980. Stevens tells CHS he bought the joint 17 years ago.

“I was a customer,” Stevens said. “And I got to know the guy who owned it. And one thing lead to another.” 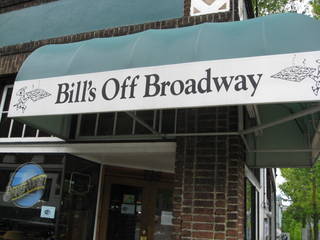 Today, Bill’s continues as a neighborhood institution. There are TVs every which way you turn. The pool tables stay busy and draw hustlers of all types. A night at the bar guarantees a conversation with people across the area’s status-phere. Stevens said the philosophy continues to be about keeping Bill’s a comfortable, open place for everybody.

“Everybody was welcome here,” Stevens said. “And that has definitely continued. The core value of Bill’s is that it has incredibly diverse clientele.”

Stevens’ transition from the auto sales industry to bar and restaurant owner embodies one part of the Hill’s changing economy. He was part of the old auto row’s last days working in sales at Phil Smart Mercedes until a few years ago and as the general sales manager at the E Pike BMW showroom before that. Today, the Mercedes dealership is being lined up for a new mixed-use investment and the BMW property that fills most of Bill’s block is well on its way to being developed as a seven-story, mixed-use apartment building.

The new Onslow project will develop Bill’s and its neighboring Ducati motorcycle and E Pine auto repair garage buildings into “a new seven story residential mixed use building, apartments and commercial with one floor of underground parking in conjunction with identified character structures in the Pike/Pine Overlay District,” according to an early filing with DPD.

To leverage the district’s preservation bonuses and build the new structure to seven stories, Onslow’s architect Hewitt is planning to incorporate portions of the existing building in the new development. CHS has reported on the ongoing battle to push developers to do more to earn these bonuses in the neighborhood.

Onslow paid a flat $2 million for the property this summer. The seller, by the way, was Joel Diamond, Seattle paid parking lot grand master. 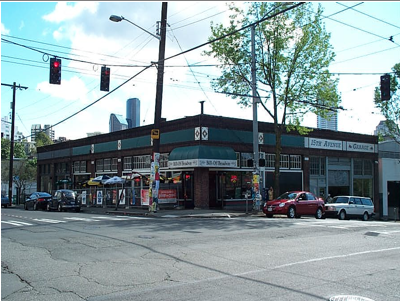 The Daily Journal of Commerce, documenting Onslow’s first big project following his stepping down as a honcho at Harbor Urban after a 28-year career with the Seattle development elder statesman, has additional details:

Onslow said he wants to retain the character of the neighborhood by incorporating the existing brick walls facing Harvard and Pine into the new building. He also wants to keep the old windows.

Stevens said, by mid-2014 when the project should be completed, he expects the new Bill’s to look much like today’s incarnation — inside and out. Of course, there will also be some significant changes like a larger kitchen and giving Stevens a safer office space that doesn’t require a ladder climb behind the bar to a cramped office loft.

Stevens also doesn’t expect Bill’s to change too much in the meantime but that he’s learned to bring along what works and continue trying new things.

“We’ve kind of come along by sticking with what we have,” Stevens said. “And keep adding.”

You can learn more — and holler if you know of a good short-term home — at billsoffbroadway.com. 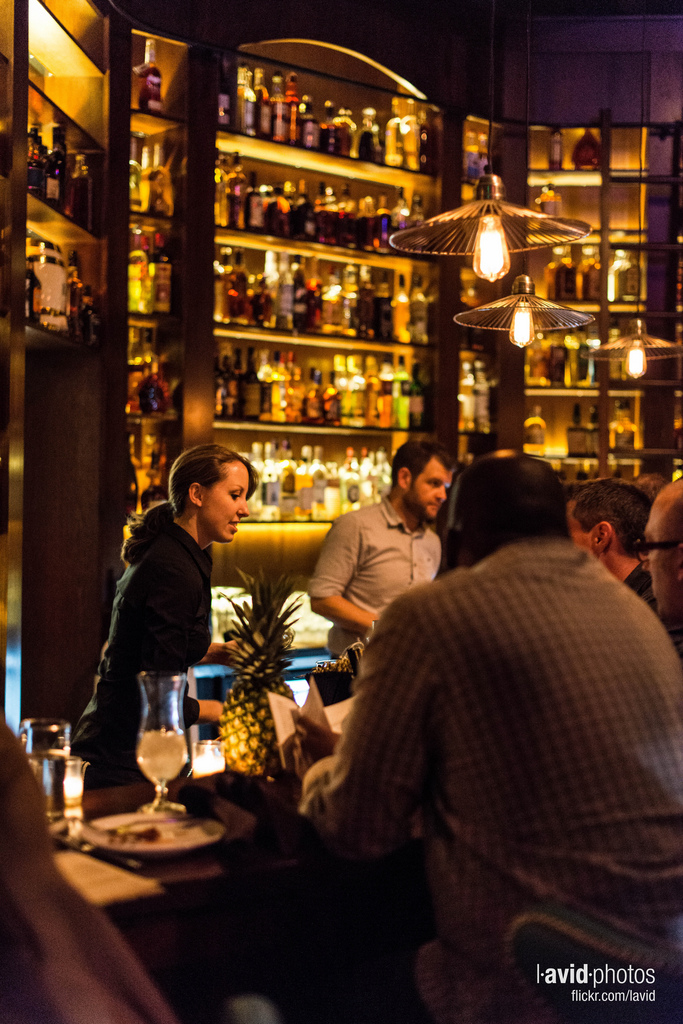 PCC Farmland Trust  is a non-profit that conserves organic farmland in WA. Part of our community education work is through a quarterly dinner series with the best local chefs around, and includes a conversation with Farmland Trust staff, local producers, and the chef (in this case Tamara Murphy). This event seems especially Capitol Hill worthy, since we’ll be featuring Tamara Murphy, Bill Taylor of Taylor Shellfish, as well as the farmer who helped put together Terra Plata’s rooftop garden (Georgie Smith of Willowood Farms). 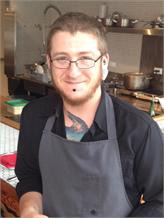 If you’ve dined at Artusi, chances are that you have seen Sous Chef Sasha Rosenfeld wielding his culinary talent behind the restaurant’s Chef’s Counter.

Sasha has spent his whole life in the kitchen. His mother was a professional baker and he grew up baking cakes and cookies and helping with family dinners. A six-month trip around the world inspired Sasha to pursue a cooking career, gaining experience in the kitchen as sous chef for a large catering company and other smaller restaurants.

Sasha started with us at Spinasse, working all positions on the line, utilizing that kitchen’s six burners and two ovens. A move to Artusi has challenged him to best utilize the half oven and three induction burners that comprise the cooking elements in that space.

His diligence and talent has allowed him to work dynamically and intelligently behind the counter, where he is instrumental in creating the delicious, inventive and expanding repertoire of dishes that receive rave reviews from critics and diners alike.

So glad to hear that Bill’s is going to continue on in this location. It’s my favourite pizza place on the Hill! And even tho Don’s getting a “safer” office location, I hope he keeps that ladder contraption in the new design. It’s always a topic of conversation and laughs about how anyone hasn’t been killed or injured getting up there! Good luck and continued success, man!

Any word on what’s going in where the Elite was? The awning says Hillside Bar and there’s construction. Is it hipsters? Gays? Gay hipsters?

I’m curious (and hopeful) to see if it actually does. It’s real easy for a developer to say “Yeah, we’ve got space for you right here…” but in 2.5-3 years when the building is done and the entire neighborhood has changed, will that space still be there?

In my humble pizza pie eating opinion, Bills is the best Pizza on the hill.

Fuck gentrification. Just a “rich people’s” word for prejudice based on financial status.

“Gentrification” is a not-rich person’s (perjorative) term to refer disdainfully to an influx of more affluent people. It’s not a “rich people’s” word. And if “Capitol Hill sucks” so much, just find somewhere dumpier you like, and go there.

When you’re ready to step up and pay Don’s (or anyone else’s) bills for him, maybe then he’ll think you’re entitled to spout off about ‘selling out’. Until then, just STFU.

Yay more development, not! When is enough enough?

Best place on the hill. The regulars are the nicest people you’ll ever meet, food and staff are great, and nothing pretentious about the place. No overpriced drinks and little food with drizzled sauces – just a fun place to hang out and drink and eat. Keep up the good work Don!

As a 22 year customer, had my first pizza there in 1990. Was a regular for years, still make it by there when I can.

The hill’s paving over continues unabated. If I wanted suburbia, I’d be living out in suburbia. Now the jerks from suburbia are paving over what was great about here.

It’s never enough when there’s demand. Get used to it. Nothing is forever. Long ago something was demolished to put up the crappy building Bill’s currently sits, and people back then probably said similar things. People should just accept Pike/Pine is going to be like north end of the hill in a few years.

You can go on tilting at windmills if you want, but the fact is that Capitol Hill is becoming gentrified at a rapid pace, and there’s not a damn thing you can do about it.

In my opinion, gentrification is a good thing, if it means how I would define it…progress and improvement in a neighborhood, through such things as better transit (light rail, streetcar), new green spaces (Cal Anderson Park, as well as several smaller parks), and well-designed new buildings to replace eyesores and parking lots and to increase urban density….and at the same time efforts to preserve as much diversity as possible, through things like being sure some of the new housing is reasonably “affordable,” and that there is a variety of restaurants/bars for people of all income levels. What’s not to like with this scenario?

I don’t understand how all this new development has created so many new vacant spaces, while simultaneously creating an atmosphere were developed successful business owners are left homeless. It’s not working people!

No Matt, we shouldn’t just accept that. You know why? Because it is completely unacceptable. It is unfair to business owners. It is unfair to residents who live in the neighborhood instead of party bussing here on the weekend. It is unacceptable to allow wealthy investors with no sense of community integrity come in and use their powers recklessly and/or irresponsibly. Neighborhoods are living/alive spaces. And I will not just blindly accept every propose use action sign. Nor should you.

Humbled by May Day support, Bill’s also has big news about its future on Capitol Hill | CHS Capitol Hill Seattle

[…] said the effort to find an interim home on Capitol Hill during the construction never panned out. CHS wrote about his search here in fall 2012. The new plan is to open the second bar by September — in time for the start of the NFL […]