Overall, the city budge office is forecasting $11.4 million in additional revenue through 2014, which will obviously help close Seattle’s projected $32 million budget shortfall. So while city departments will still face roughly $20 million in cuts this fall (and next), McGinn says the city will also be able to invest some in city resources. 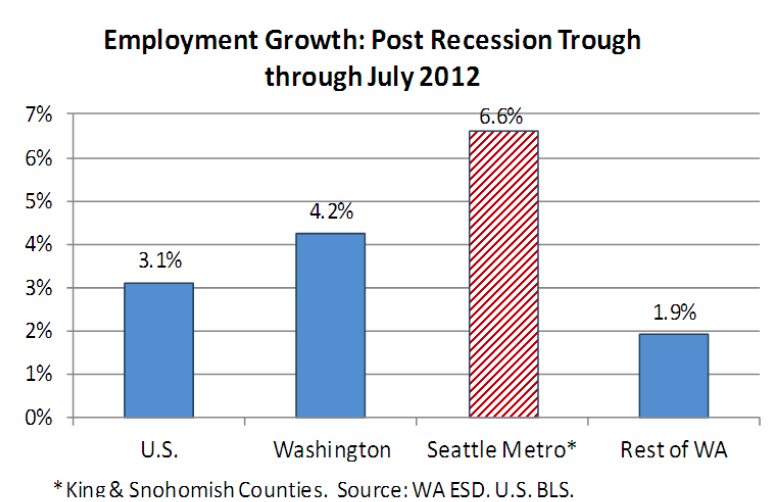 Job growth and economic activity in Seattle is outperforming the Puget Sound region and the rest of the country, according to statistics presented by Mayor Mike McGinn today. This growth, combined with prudent fiscal management of City dollars, has led to improvements in the City’s General Fund outlook for 2013.

“Seattle got hit hard by the recession, and though we’re not all the way back yet, we are starting to make measurable progress,” said McGinn. “This will help us protect and in some cases strengthen the core services that contribute to making Seattle a great place to live and work.” 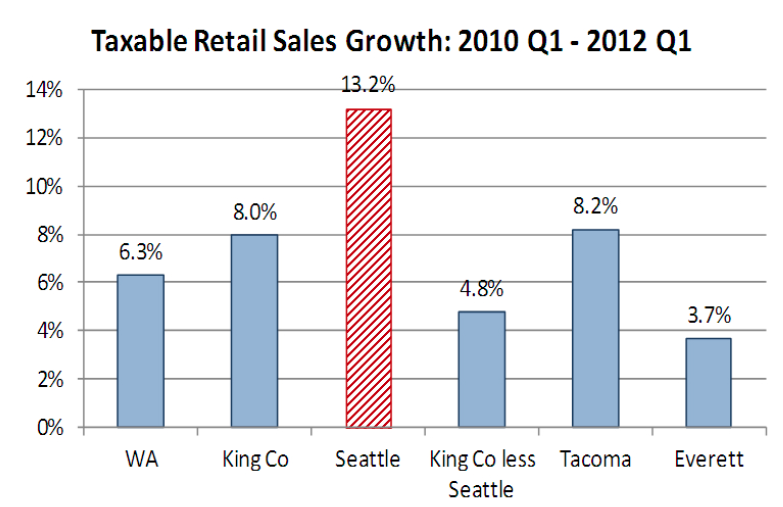 Since the end of the Great Recession, employment growth in the Seattle Metro area, which includes King and Snohomish counties, is up 6.6%, compared with the rest of the United States at 3.1% and the rest of the State of Washington at 1.9%. Taxable sales growth from the First Quarter of 2010 to the First Quarter of 2012 in Seattle is 13.2%, compared with the State of Washington at 6.3%, King County at 8%, and Tacoma at 8.2% over the same time frame. Activity in the construction, technology, tourism and the housing sectors accounts for much of this growth.

The council vote will pave the way for the sale of Seattle Housing Authority land to developers, who will be able to build market rate office and housing towers under the new zoning plan. The money from the sale of land would then be used to build new low-income housing buildings to replace the aging units currently in the neighborhood.

The development process could take 20 years, the SHA says, but there will be 100 more “extremely” low-income units when it is finished than the 561 units in the neighborhood today. On top of those units, the plan would include 290 “very” low-income units and 850 “workforce” units. Developers would build 3,199 market-rate units, mostly in high-rise condo and apartment buildings.