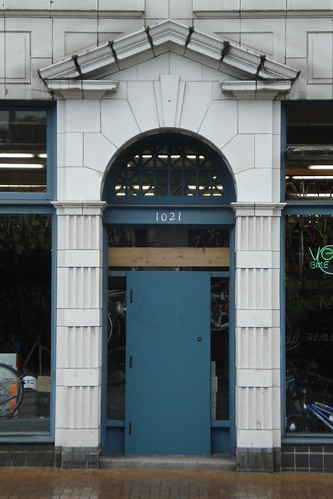 It is not the first new Capitol Hill grocery store rumor we’ve dealt with. And, given the direction of things — Development update: 29+ big projects in the works across Capitol Hill — it’s unlikely to be the last.

Word has spread quickly of a reported new Metropolitan Market at 11th and Pine:

I have a landline, so we get a lot of survey and robo calls. I just received a survey call asking my opinions about grocery stores in the area. The survey lady said we’re getting a metro market at 11th and Pine, so i guess that’s the sun electric building? Have you heard about this? Thought I’d lay down the tip as it’s fresh to me.

We’ve received a handful of similar tips. Each was the result of a phone survey and each names Metropolitan Market.

The local grocery store chain declined to comment specifically on whether it has plans at the street corner across from Cal Anderson Park.

“Capitol Hill is the a place where we’ve heard a lot of positive comments,” a representative for the six-store chain tells CHS. So what about the survey?

“I know from time to time our name shows up in neighborhood surveys,” the rep said, adding that this kind of positioning can often be a technique used by researchers and competitors to elicit interest and response.

For now, the representative said, Metropolitan Market is focused on its next moves after its long-time store at the top of Queen Anne hill was bumped by a Trader Joe’s. 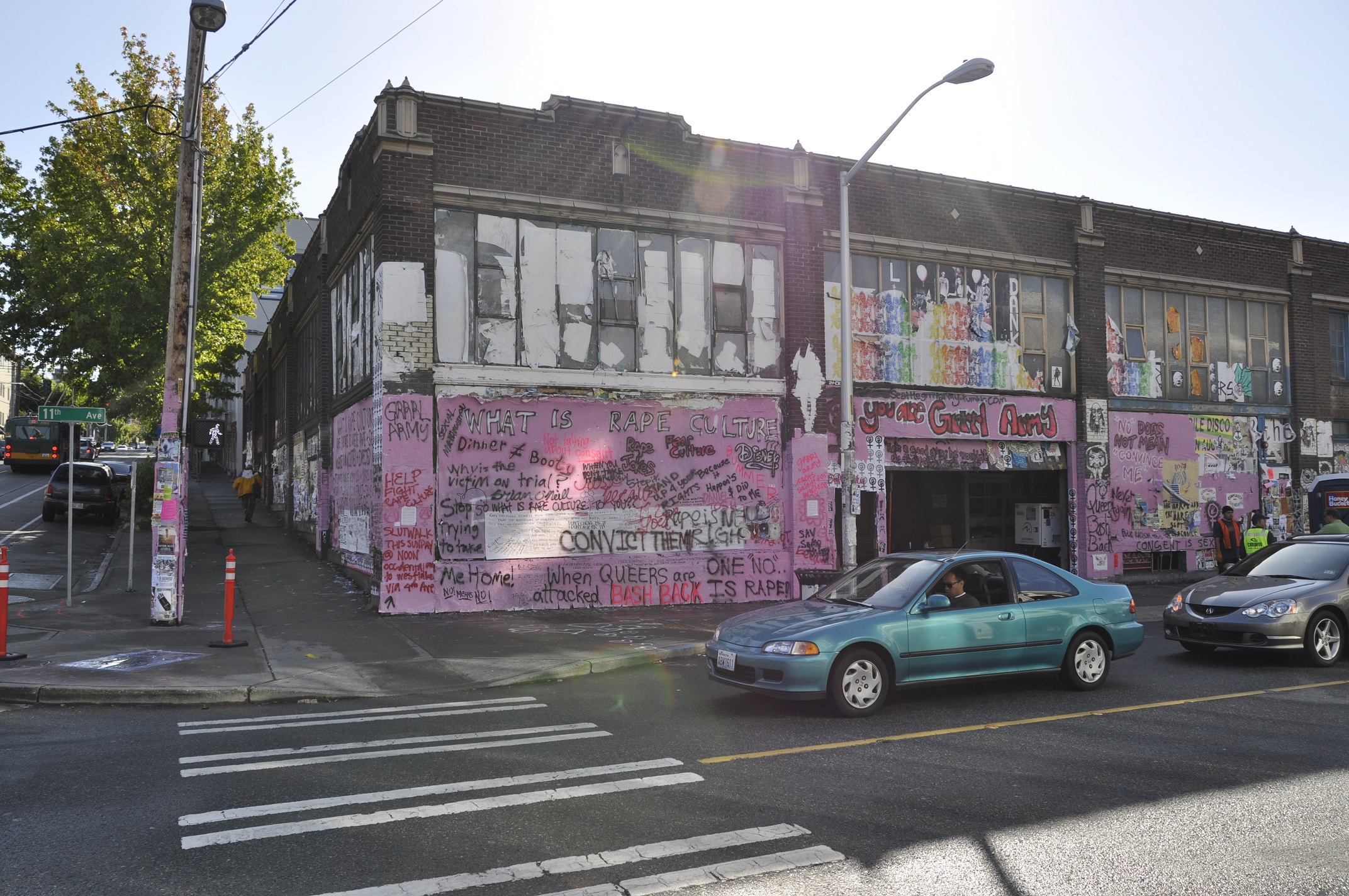 11th and Pine is a new center of Capitol Hill change and activity. The Sunset Electric building has been fenced off in preparation for a year-plus development project that will overhaul the auto row-era structure into a six-story mixed-use building with 33 underground parking stalls. Another possible home for new things is the Velo Bike Shop across the street. CHS reported late this summer that the largest bike shop in the Capitol Hill area would be moving from 11th and Pine in spring 2013 to a “vertical neighborhood” development in Belltown.

A representative for the developer behind the Sunset Electric building said it is unlikely a major grocery tenant would work in their project. The Wolff Co. is setting out to develop retail that is “part of the neighborhood” and more at the scale of similar bars, restaurants and shops in the area, representatives have said.

If there is anything more to the rumor than a market research survey writer’s creativity, that might leave the Velo location as a likelier target. At 8,000+ square feet, the market would still be smaller than most chain locations but the space could reportedly have a more grocery-friendly layout and features, according to people familiar with real estate in the area. The upper floors of the building are home to Pulitzer-winning alt weekly The Stranger. But we wouldn’t want to start any rumors.

At a time, wasn’t the Value Village lease up? I know there were rumors of a club opening there, but that was some time ago. Plenty of space there for a full service grocery complete with loading docs and all.

Usually grocery stores would want to have parking with their project.

while it would be nice to have metropolitan Market so close, i have pretty well accustomed myself to central coop and TJ since the demise of the M Street market. i hate qfc and go there only in extremis. the melrose market is much too expensive for me.

I’m thinking she means “elicit” interest…? The illicit interest is already in plentiful supply across the street in Cal Anderson Park.

Personally, I’d love to see a “hippie” grocery store (of any kind) in the Summit area. The distance from Top Pot (say) to Central Co-op, TJ’s, or Whole Foods is far enough that most of the time I just go to QFC.

That would be awesome. Save us the weekly trips to the one in Sand Point. Love that store and the people who work there. I think it would be a huge hit considering how busy the Whole Foods is down the road and why go with a big public corporate store when you can support a local grocery chain.

Remember, Value Village’s corporate parent is the same family that owns the building. So VV doesn’t have a lease per se. Commercial listings have hyped the entire VV space as available for ages, I think in case the family got a bite on something (even) more profitable for the space than one of their stores.

Now that Velo gave up their lease it makes the entire building from midblock all the way to Pine available to be combined into one space, with the Stranger offices on top at the corner. Good for another grocery store.

I am more price conscious than most people when shopping but there are a few things that are cheaper at WF than anywhere else in Seattle. Due to the gay/yuppie/hipster/hippie abundance on Cap Hill and even the CD, I have always wondered why Whole Foods hasn’t put a store on the Hill yet.

Keep these thieving shit-birds out of our neighborhood.

…and someplace like City People’s came back to the hill and took the entire Velo building, or most of it, it’d be a really great thing thing to have on the hill.

I’d rather have Metropolitan Market closer to the north end of Broadway, but it’d at least be in the hood.

After moving to Belltown and trying to find a decent place to shop for groceries, I found the Metropolitan Market close by in Queen Anne. It only took a few shopping trips to make me realize this was the unfriendliest, most overpriced market I’ve ever shopped at. Capitol Hill deserves better.

I lived near that Met Market when I moved to Seattle and had similar experiences. I would walk past it to go to the QFC on Mercer. Not that I have a better idea for what should go in there, but I could live without another grocery store.

Oh really? According to who? A consensus of one? Stop being obtuse. You know who I mean.

If you shop at Metropolitan Market just be ok with you money more than likely funding the most repugnant conservatives of your worst nightmares.

BITTERMUCH
Reply to  No Price Gougers

Usually when people go against something thats been local longer then they have been alive, theres a reason for that. If you have something against a company that supports local charities, crisis help lines, and other local groups that change our way of life here in seattle then im guessing you just hate them bc your just bitter for no reason. Or bc you cant afford quality

When you make a statement like that, you are obligated to provide some documentation of your assertion. Please tell us who the owners of the Metropolitan Market are, and why they are “repugnant conservatives.”

Just because “MM” is an upscale market does not make them evil or the owners conservative.

I’m not obligated to do shit.

Do your own homework.

Another place to shop besides MADISON MARKET!!!