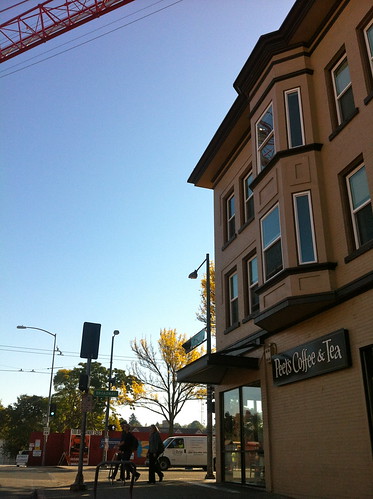 A person with knowledge of the situation tells CHS that Capitol Hill is about to lose another corporate coffee player on Broadway. Meanwhile, your friendly neighborhood coffee anarchists have found a new place to pull shots on the Hill.

CHS has learned that San Francisco-based caffeine conglomerate Peet’s Coffee is preparing to shutter its Broadway location next week.

Employees have been notified of the closure. Peet’s has not yet responded to our request for comment. The Broadway outlet of the California-focused chain is one of four Peet’s cafes in Seattle. It opened in 2008 in the former Kinko’s location on Broadway at Denny. At the time, it was across the street from the original Broadway Vivace location. UPDATE: New details from Peet’s below including what the company says are plans to re-open their “Capitol Hill store” when the nearby light rail construction is completed. That’s slated for 2016, by the way.

The Peet’s closure will be the second large chain to abandon Broadway in a month. CHS reported on the booting of Tully’s from Pike and Broadway as new investors have purchased the old Broadway State Bank building and are planning an overhaul and new pub in the space. Starbucks maintains a stand-alone store at Broadway and Republican as well as a kiosk inside the Broadway Market QFC and the alt-SBUX branded Roy Street Coffee & Tea on the north end of the street.

We don’t yet have details on what is driving the closure. The area is extremely busy with development but there are no records of a recent property sale or any plans for development at the corner at this time. The process to redevelop the land around Capitol Hill Station is underway and will bring 400+ apartments and thousands of square-feet of new commercial space to the block. Investors have also purchased the building home to the United States Post Office outlet across Denny from the Peet’s building. Meanwhile, a new apartment building is in planning and design stages behind Dick’s Drive-In. 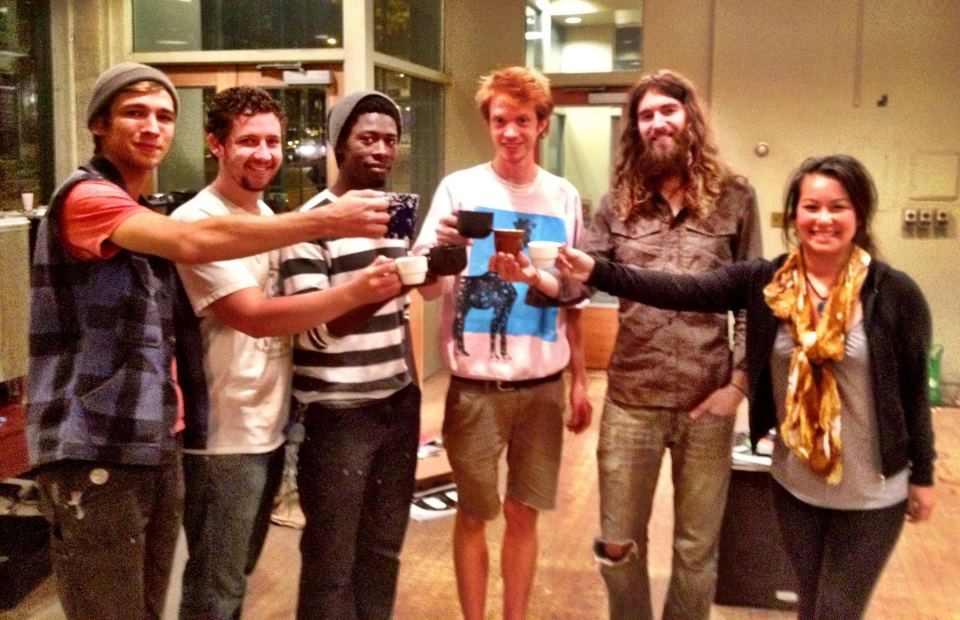 Peet’s is neighbored by the much-loved Annapurna Cafe and King’s Teriyaki. Above, the two stories of the Capitol Crest Apartments rise. The area is now zoned for buildings as tall as six stories — and above.

The closure also continues a long-term trend of the largest corporate chains eventually finding failure on the Hill. Though it is still home to scores of big name chains like Dominos, Subway and the big grocers, to name a few, Capitol Hill has taken its toll on some of the biggest chain names. Our universe of comparison is pretty limited — but is there another neighborhood that has eaten up and spit out the likes of KFC, Burger King, Taco Bell and The Gap over the years? At one time, by the way, there was a Jack in the Box — complete with drive-through — kitty-corner to Peet’s.

Meanwhile, after plans fell through for a location on E Pike, Capitol Hill community-oriented, anarchist-friendly and profit-eschewing Black Coffee Co-op is making a home for itself in some of the space left behind with the Travelers exit from E Pine. We reported earlier on the new Gamma Ray Games venture The Raygun Cafe also moving into the space. Black Coffee reports it is open to serve up a cup while construction of the new space takes place. We talked to two of the drivers behind the effort, Scott Davis and Stephen Hrivnak, about Black Coffee’s community-driven mission here. You can help the cause by contributing to Black Coffee’s indiegogo campaign. If anybody has a link for Peet’s indiegogo page, let us know.

Anyone taking bets on Qdoba? Always looks empty relative to its neighbors.

I used the restroom at that Peets that is shared with the other businesses in the building, and there were rat dropping everywhere. I never went back.

Was at Qdoba last night. was terrible. I do love Peets though. It’s not like they litter every corner of the globe like the green agent.

So if I go into the Co-Op for a latte, do I pay for it, do I sweep the floor, and bus some tables for it? How does this work exactly?

Only at my very laziest did I not find it worthwhile to walk the extra few blocks to Vivace, Stumptown, or Victrola.

I bet Panera won’t last, either.

It’s interesting that traffic patterns are cited for the closure.

Did the bus stop at their front door close? Have SCCC students stopped walking past it on the way to classes?

So much for investing for the long term. That block will be hella busy when the Link comes to the hill.

Every expat from northern california will, I’m sure.

This will totally skew the ratio of at least one coffee shop per block! Isn’t there a city imposed ordinance about the minimum number of coffee shops required per neighborhood? Oh dear, oh dear. Well, at least we know Starbucks will step in to fill the void.

This one was the worst I’ve ever been in. Wouldn’t mind a Coffee Bean up here.

How about an Indian grocery in its place?

Gotta say, the employees there were always very kind to me.

On their indiegogo page, someone named “Howard Schultz” donated $100! I wonder if that’s *the* Howard Schultz? Kinda funny/awesome.

I only wish I could take a hiatus until all the construction is done. I live very near Peet’s and we get the entrance to the underground but also the trolley line ends right at Denny and Broadway. It certainly will be interesting, also noisier, and dirtier. My main concern is that the entrance to the underground will become a “hotel” for all the street people. It is hard to tell from the artist rendition, (totally ‘blah’ building design), but it looks big and open and,…’sit anywhere you want’…’yea, the bathroom is right around back by that apartment building’ (apartment where I live!). Oh happy days, I can hardly wait.

The Co-Op sells coffee in the standard manner–unlike some other cooperatives, such as Madison Market, which is member owned, Black Coffee is a worker’s cooperative where all workers are also owners with equal responsibilities. This horizontal organization allows us to be the masters of our own work rather than creating profits for someone else. I believe the intention of the claim that we are “eschewing profits” was to indicate that we are not a business motivated by profit, but rather a cooperative motivated by taking charge of our own labor and creating a community space.

Qdoba is the worst thing on that side of the hill. I’ve been three times total and every single time was a horrible experience. I’m actually surprised that it’s still open at this point.

I’m gonna take the unpopular opinion and lament the loss of fast food on the hill. I miss Taco Smell, Crap in The Box, and KF”C”. Dick’s is horrible and the row of stores on the north end of Broadway are over-priced.

I won’t miss Peete’s though. Only went there a couple times and it was not very good, especially when the ceiling was leaking muddy water for a couple months last year.

There’s plenty of fast food on the hill, it’s just not big chain corporate fast food (and in some cases it’s even in the same places, like the Mexican joint that replaced KFC). Just because you don’t see it advertised on TV a thousand times a day doesn’t mean it’s not good.

I can’t wait to visit this shop! I am biased, as I am friends with one of the “co-owners”, but I’m excited for this community-oriented, phillanthropically-minded group of young people to show us what they have planned. It sounds like it will be full of music, poetry, philosophy, good conversations and great coffee. Good on ya’ guys, I’m psyched!