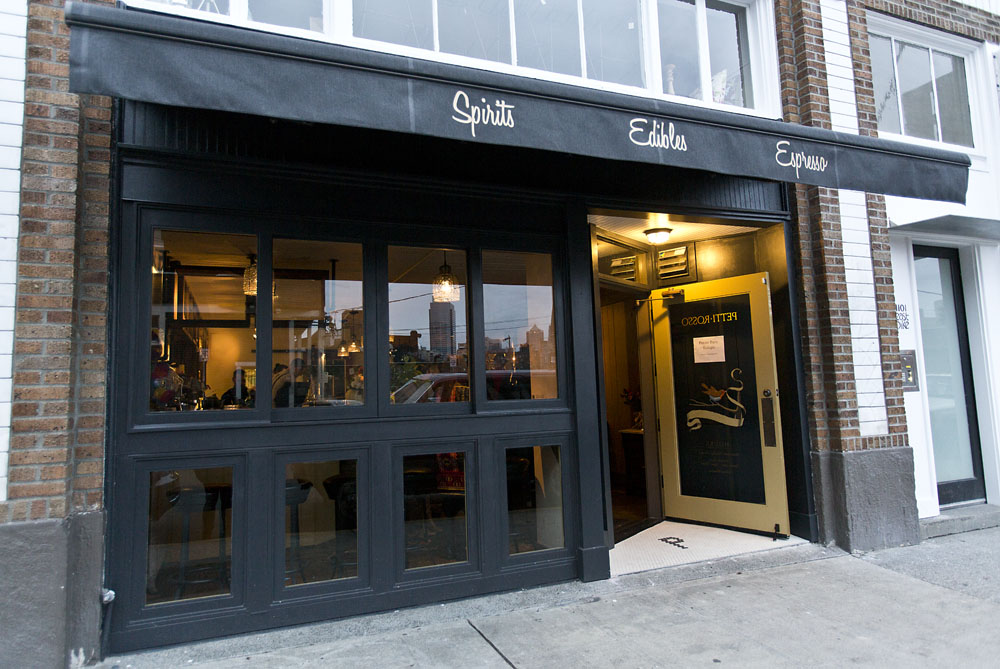 We’re back (as long as Sandy promises to behave.) Here’s an abbreviated food and drink notes. You’ll get a full serving later today. UPDATE: Full serving below!

Slated to be open Tuesdays through Sundays from 9a to 2a, the 11th Ave cafe space has been overhauled and expanded in a $100,000+ buildout that has seen Pettirosso shuttered since it closed at the end of 2011.

Sisters Miki and Yuki Sodos will bring their experience creating Belltown’s Bang Bang Cafe to reshape Pettirosso’s offerings along with the new space.

“Pettirosso is staying Pettirosso,” Miki tells CHS. “The only part of Bang Bang that will be in Pettirosso is Shawn’s Vegan Mac, and Yuki and I.” 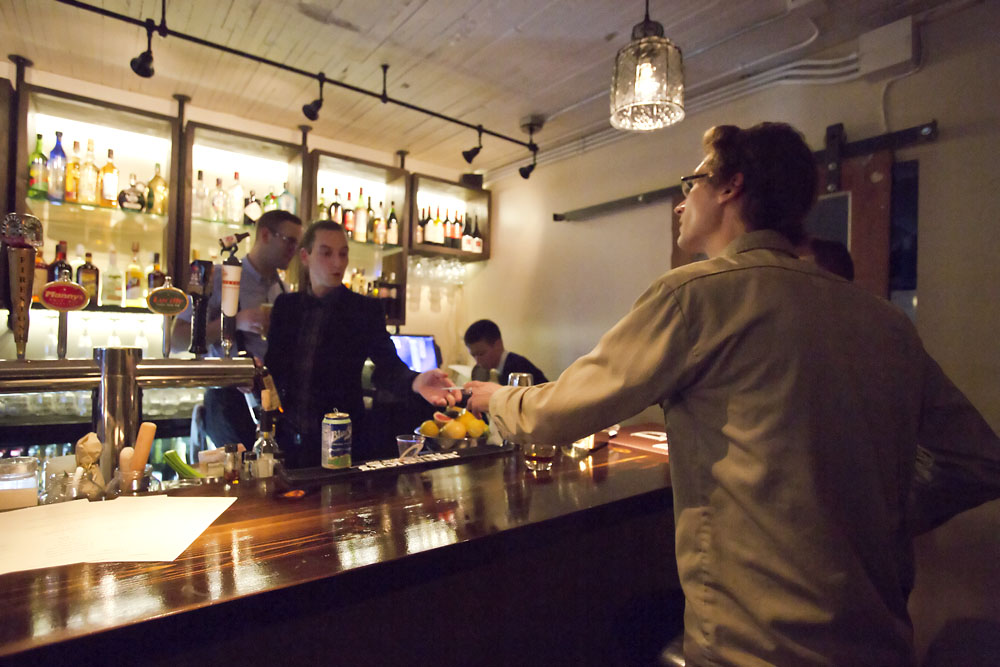 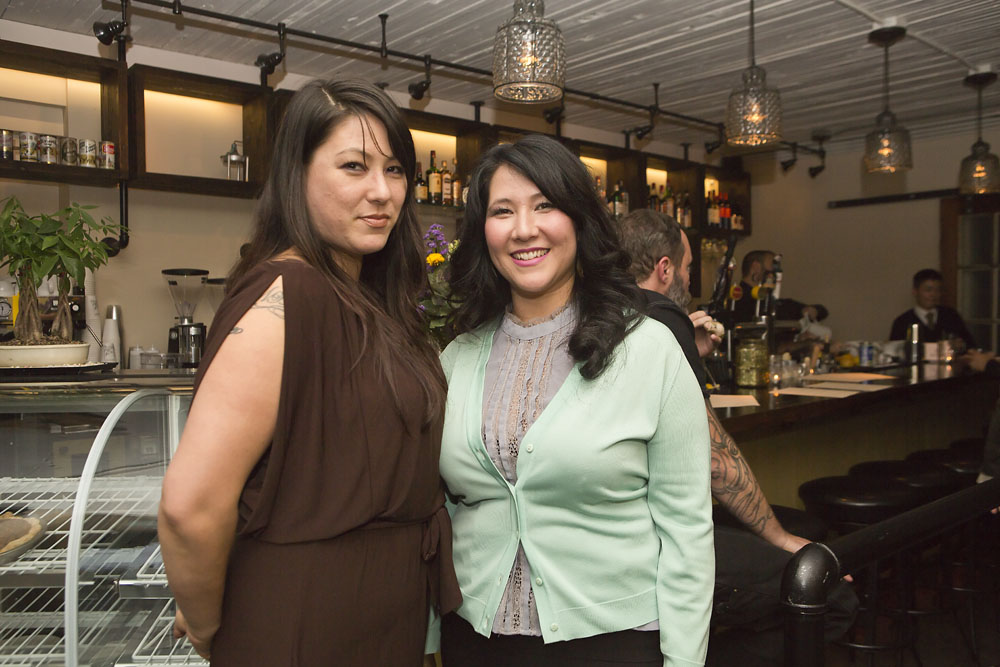 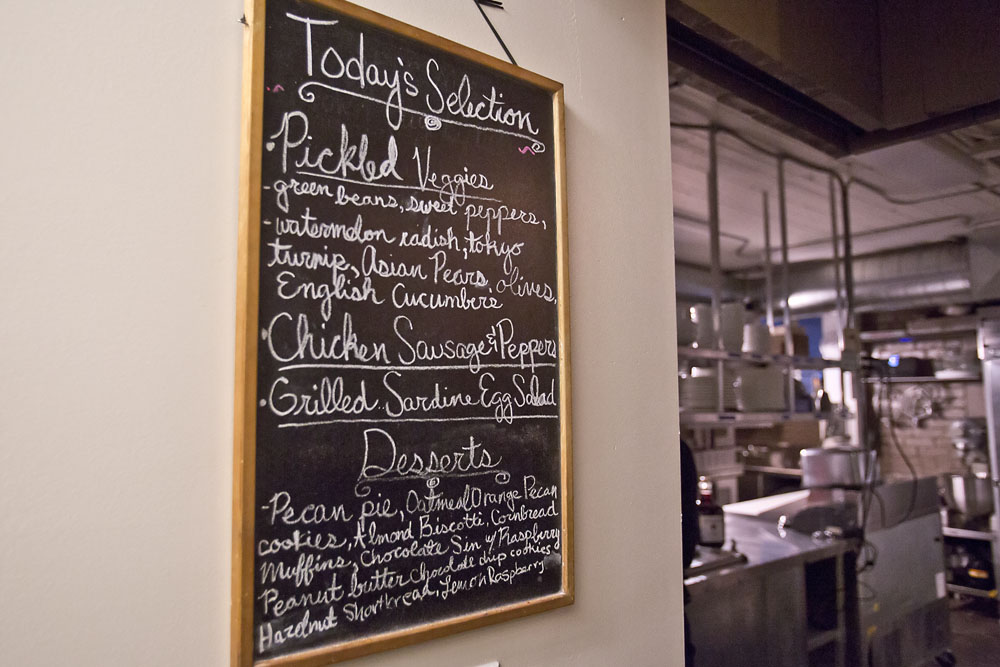 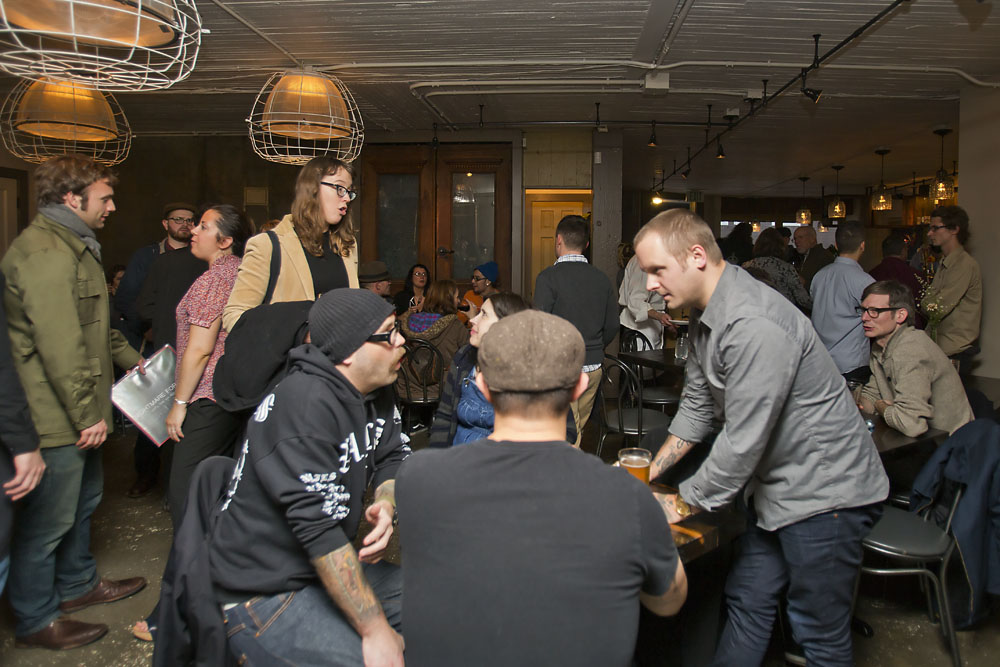 Miki tells CHS that even former owner Robin Wright will be part of the new Pettirosso. The name does translate to “Robin” after all.

But there are some significant new elements for the little red-breasted bird. You’ll find a lengthy cocktail list with $7 and $10 offerings. You’ll also find the back areas of the old cafe have been transformed into a new dining area. The front counter has also been completely redone, shifted and expanded. The new space was designed by Drome Design Studios. It will likely be a bustling place.

Yuki Sodos managed the old Pettirosso prior to starting Bang Bang. Miki has also been part of the food and drink scene on the Hill with tours of duty at Cha Cha and the dearly departed Satellite. They’re also rock stars. When she’s not being harassed by the friendly neighborhood blogger for details about her cafe, Miki rocks on guitar with the Absolute Monarchs.

Vegan eaters will be especially excited by the new Pettirosso.

“… it is very important to us to offer a selection of vegan items in our establishments,” Miki writes. “While we are not vegan, it is a lifestyle that we support. We are in the business of making our customers happy.”

“I have been working in the restaurant industry for 20 years and I still love serving,” she says. “It gives me such satisfaction to see someones face when they taste that delicious something. The more people I can accommodate the more people I can make happy. It’s as simple as that.” 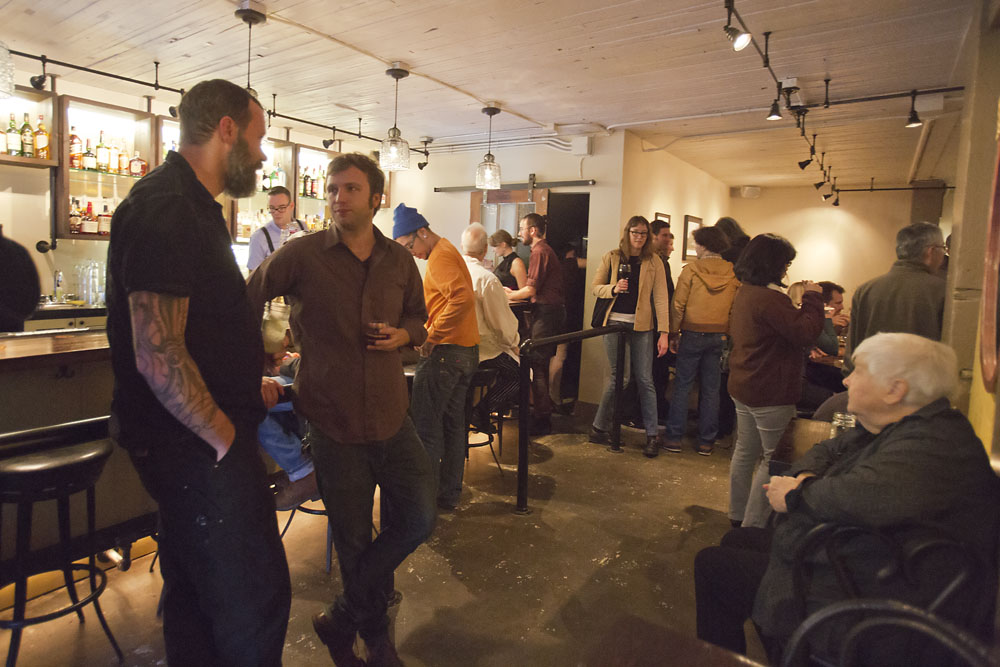 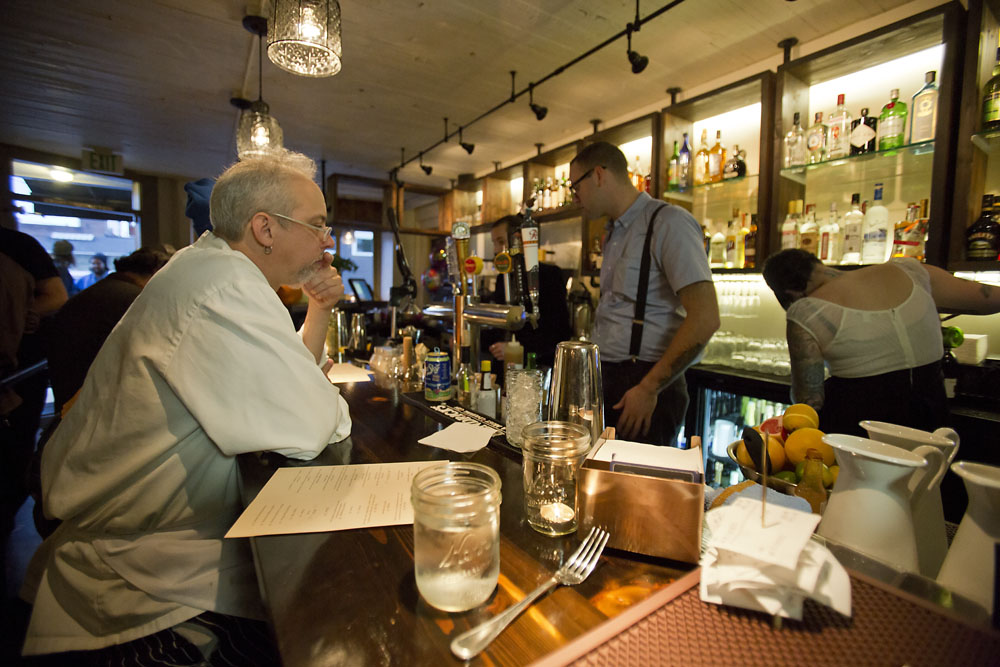 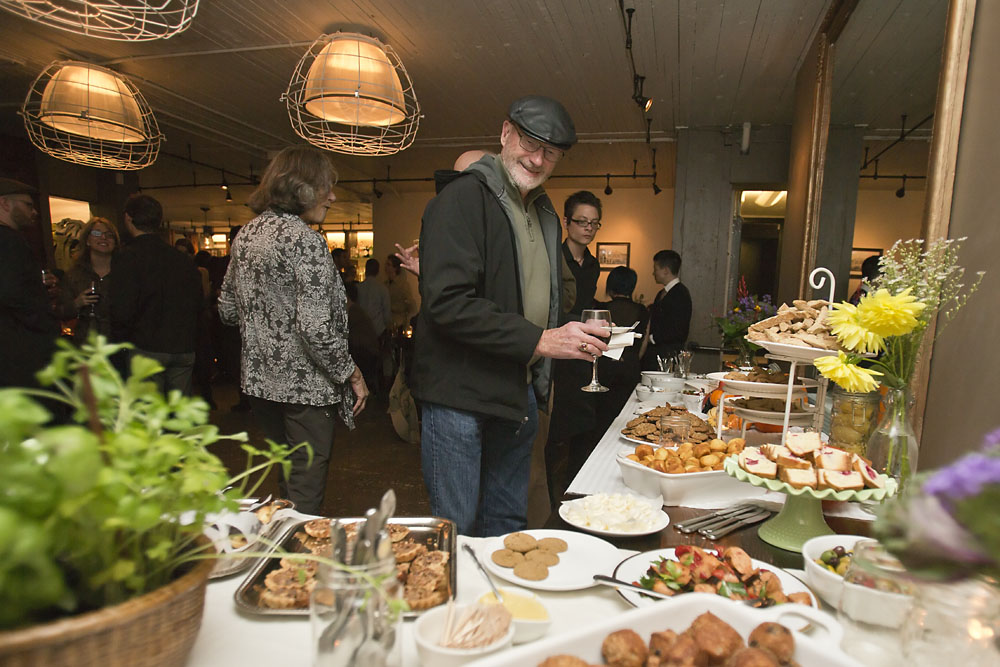 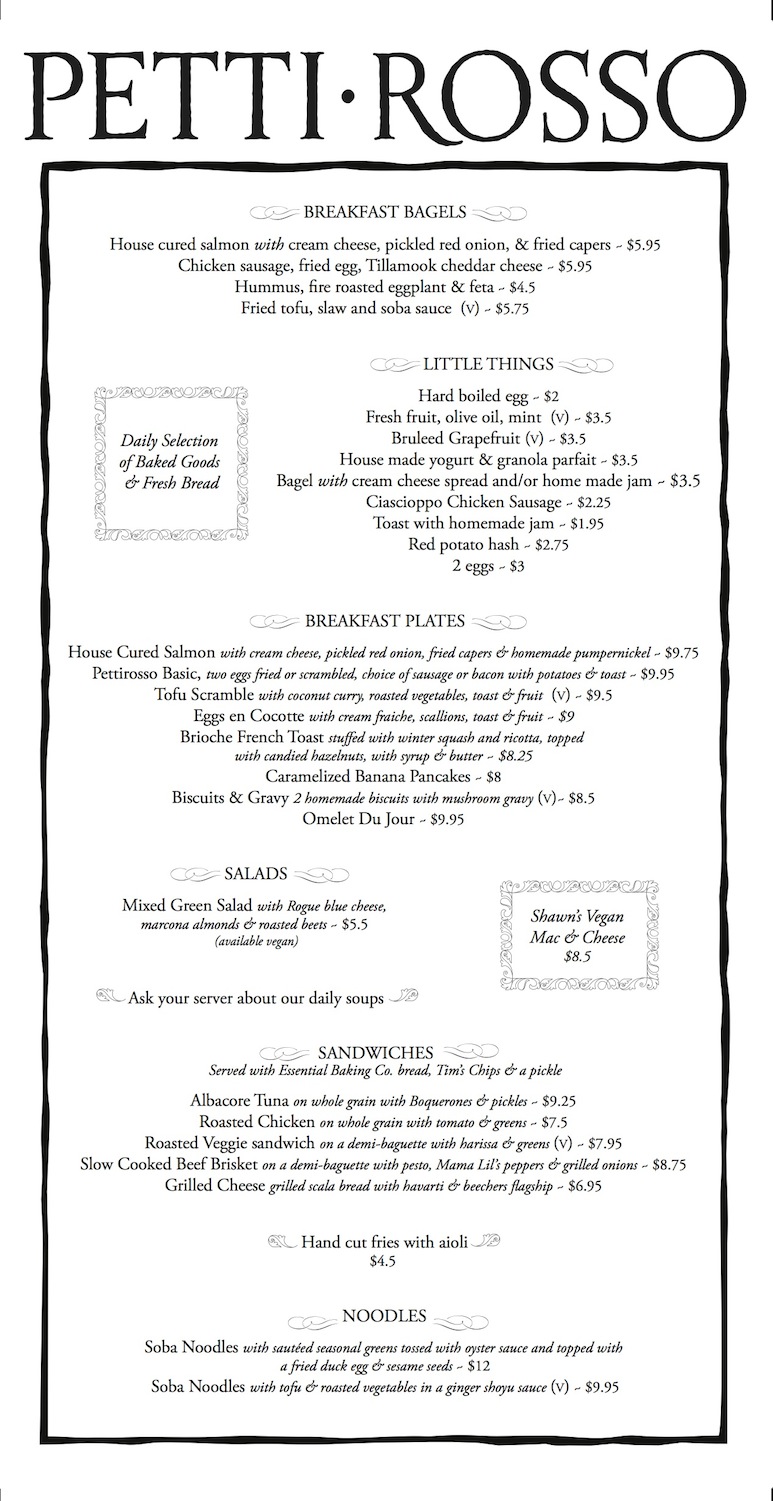 You can check out more about the new cafe — and see all the menu action — at pettirossoseattle.com

From Jamie Boudreau: We are going to do business as usual (allowing a few more people in than we normally do) but every penny spent will be going to MurrayAid this evening. I have also agreed to personally match any tips that the bartenders donate that evening (up to $2000).

Because of Altura’s novel menu concept—you order in three, four, or five courses, mixing and matching starters and pastas and mains however you please—any flexibility you lose in not easily being able to drop in for a plate of pasta you make up for in the joy of being able to order, say, a four-course meal consisting of two pastas and two desserts.

Garrett Melkonian worked as an advisor/consultant to Langley Inn and Juanita Café, but more importantly he worked for 8 years at various Tom Douglas restaurants including the Dahlia Lounge, Lola and others before going to work in SF for Daniel Patterson.  He and owes a lot of his amazing professional experience to Tom’s organization and we want to make sure that this is reflected in all communications.  I should have corrected this last time but it fell through the cracks and the repeat of the erroneous info on this weeks post is a reminder to fix…

…and I understand why you might say, “Uh… why the hell would I ever be in Belltown?!” but IF YOU ARE, you should definitely stop at Bang Bang Cafe. Super yummy, good prices, and the sisters are awful darn nice. Plus: Hatch chiles!!

the new Pettiroso looks great – can’t wait to try it!

C’mon, people! Most of their “rewards” are a bargain.

Yuki is a terrific person and Bang Bang has good comfort food! I wish them the best!