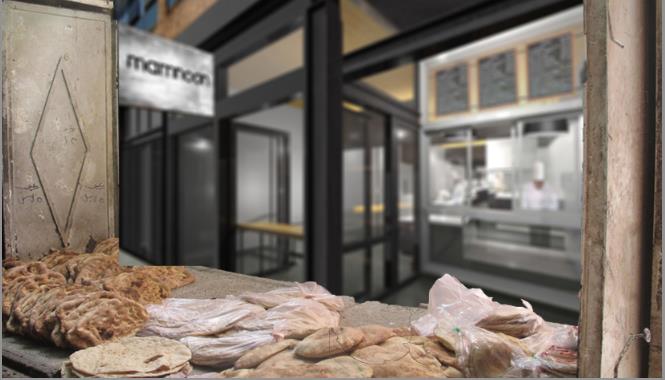 Want to help us tell a story unfolding over several chapters? Drop CHS a line.

Sometime in the coming weeks before Thanksgiving, Wassef and Racha Haroun hope to debut their Middle Eastern addition to the Melrose food and drink scene.

“We still plan a high fidelity approach to the food,” Wassef Haroun told us Monday. “But it is becoming more and more clear to us now. We’re not trying to be wholly authentic — but authentic to the memory and overall experience of what we remember.”

Time, then to introduce a few new characters. First, Mamnoon to Go. Haroun describes it as a cubby cut into the overhauled former Auto Row building near the corner of Melrose and E Pike. The walk-up in the entry to the restaurant space will provide smaller, more portable versions of Mamnoon’s offerings — manoushe and a cast of Lebanese and Syrian dishes.

“We’re really excited about that,” Haroun said. “Somebody in the neighborhood will be able to stop by and pick up something to go and totally delicious.” 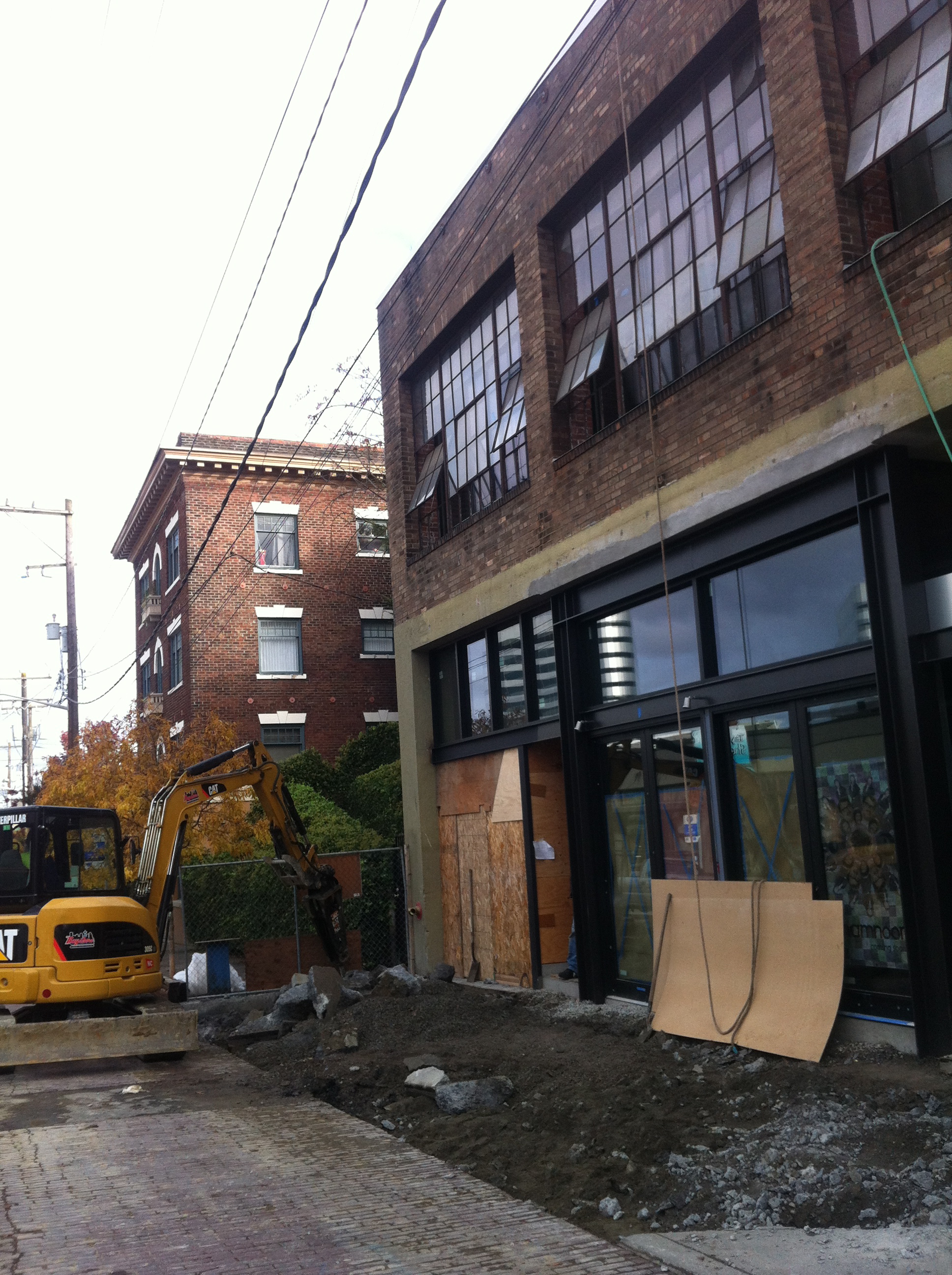 First-time restauranteur Haroun says current plans are for Mamnoon to be open six days a week and serve lunch and dinner.

The team in the kitchen will be lead by chef Garrett Melkonian. Melkonian comes to Mamnoon via Tom Douglas Restaurants, Café Juanita and the Inn at Langley and Spring Hill. He’s reportedly recruited two sous chefs and a head baker to round out his squad. Behind the bar, Haroun has hired Seattle cocktail gun for hire Andrew Bohrer to advise on offerings ranging from traditions — a surprising affinity for whiskey thanks to British occupation, Haroun says — to the sacred. A menu of non-alcoholic mocktails is being planned.

Mamnoon will be the only commercial tenant of the overhauled Melrose Square building. There are three distinct dining areas designed into the space that can be lightly configured for the transition from lunch to dinner. A small area near the to-go cubby will provide a perch for anybody who wants to wolf their Mamnoon fare down on the run. There is an opportunity, Haroun is aware, to connect with the buzz of the Melrose Market restaurants Terra Plata and Sitka & Spruce have generated across the street. How Mamnoon fits in, he admits, he hasn’t figured out yet.

“We add a significantly interesting piece to that street,” Haroun said. “People will be spoiled for choices.”

You can follow the story leading to Mamnoon’s hopeful November opening at facebook.com/mamnoonrestaurant.

Due to unavoidable circumstances we will be waiting ONE more week. I apologize for any inconvenience, but this is the right decision. Please let people know!

Glad to see Rachel and the bar get some more respect, great place for drinks and great products. Too bad they could not find someone better experienced to host the segment.