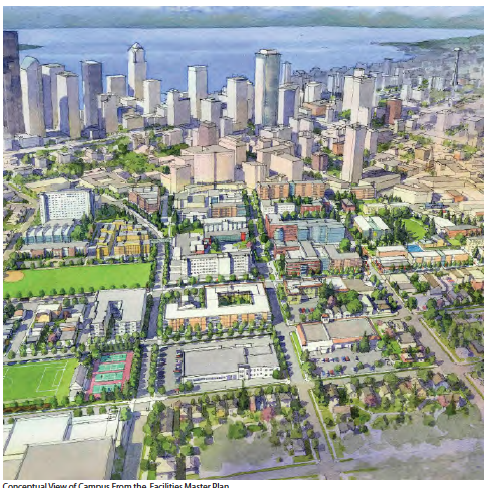 Seattle University has some really big plans for the next 16 years. A project years in the making, the university’s Major Institution Master Plan is being presented to the Seattle City Council. The MIMP, embedded below, outlines the school’s plans for growth and expansion in the near and far future. When coupled with the plan for development of the area around Capitol Hill Station, the vision of Seattle U’s coming decades of development gives even greater definition to the portrait of the future Capitol Hill. (By the way, feedback on the Capitol Hill Station plan is due to the city by Wednesday, 10/3)

The MIMP outlines an expansion of the school’s boundaries by 2.4 acres by 2028, with 2 million square feet added to the campus for new development. 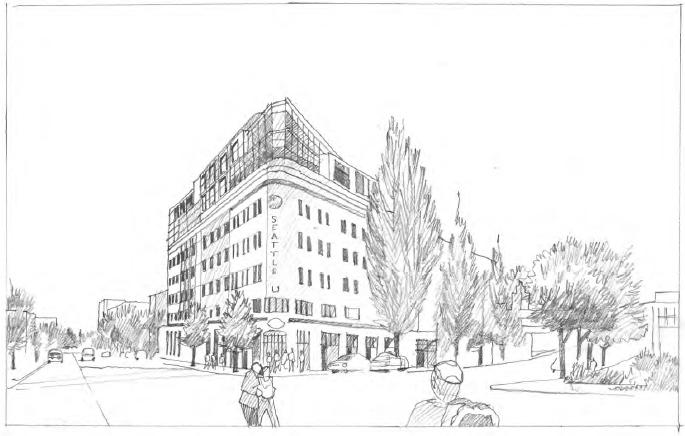 Storage today, class tomorrow. A rendering of the future plans for 12th and Madison

The plan will be on the Council’s agenda again later this month as the planning and land use committee begins to consider an appeal brought against the process by two members of a citizen panel.

Some of the 13 planned long-term additions to the school include:

The plan’s effects are already being felt with Logan Field’s recently completed renovation. 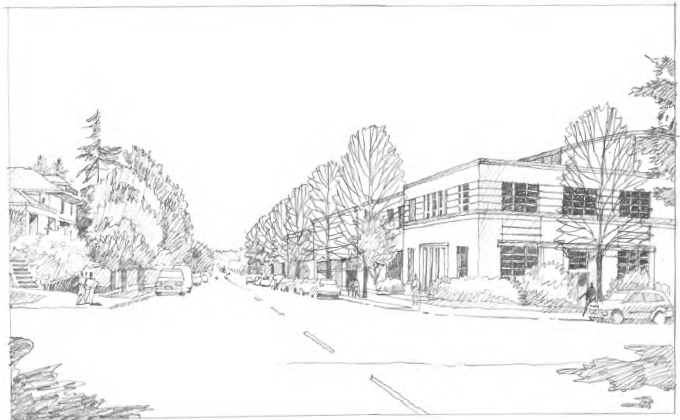 The 1313 E Columbia building is detailed as a “critical area for university development” in the MIMP — the school is hoping to build the site up to 65′ which would allow for 280,000 square feet of additional space to campus to be possibly used as an event center.

The MIMP is on its way to the next step in the process after a 3-year Citizen Advisory Committee (CAC) review process, which entailed 25 meetings with locals who reviewed the plans.

“The major concern from the CAC was the proposal for development on 13th and 14th and its size, scope and scale,” said Steve Sheppard of the Department of Neighborhoods. “Some people who live along 14th are still not comfortable with the size of Seattle U’s plans.”

While the CAC recommended SU’s plans for approval, a minority report was compiled by Bill Zosel and Ellen Sollod, members of the committee who expressed concern about proposed building heights and the size of expansion, as well as the need for more elaborate environmental review. The two appealed the MIMP’s recommendation. 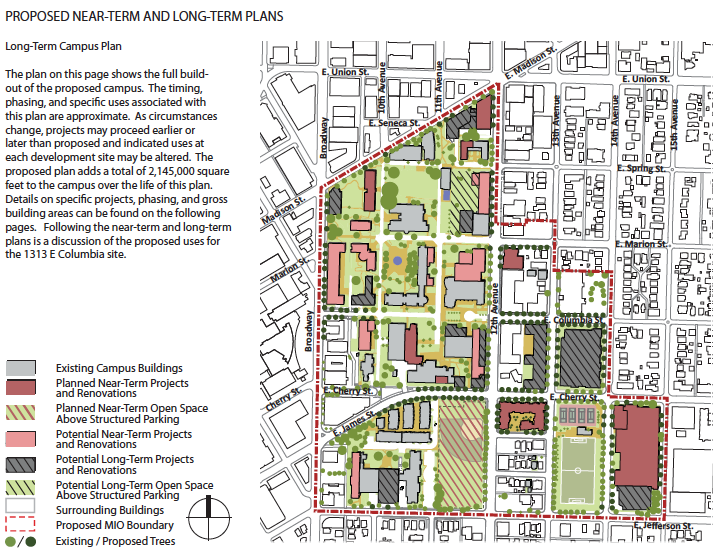 The majority motion to recommend the MIMP from CAC also came with the suggestion that a Standing Advisory Committee oversee new developments on campus as they prepare for construction to ensure that design guidelines in the MIMP are adhered to. DPD and a Hearing Examiner also recommended passing the plan along for approval.

The school, meanwhile, has geared up for a significant capital campaign to drum up financial support for the institution in this time of expansion. The school recently hired former White House Press Secretary Scott McClellan as vice president of communications. McClellan served as press secretary for George W. Bush for three years, following up by writing a New York Times bestseller entitled “What Happened” about his time serving the controversial president. “I was surprised when I heard the name,” SU’s Father Stephen Sundborg said about McClellan’s application for the job.

“We’re moving toward a capital campaign in the near future,” Sundborg said.

“We need experience and public relations at this point in our evolution.” 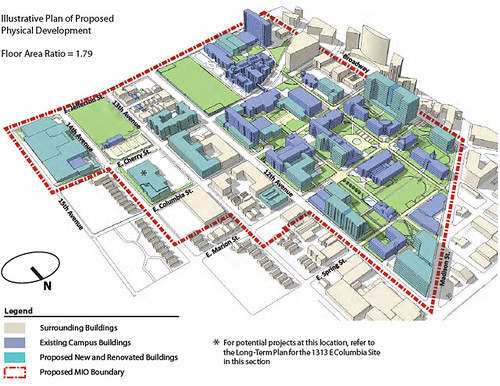 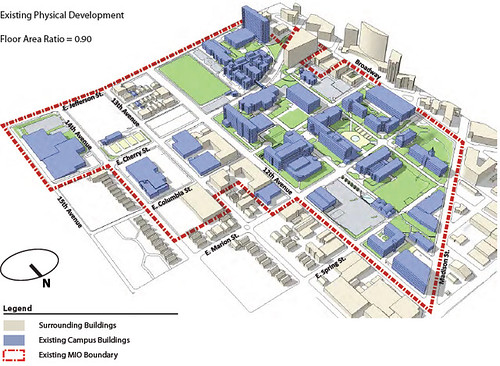 It can’t be that bad. At least it isn’t a former Obama staff member.

Yes, seriously, seems like a great big-name hire. Not sure what you’re hung up on.

Keep in mind, when he left office, he wrote a book that wasn’t very flattering towards the Bush Admin.

These plans make no mention of the streetcar on Broadway and its potential to impact the campus. Weird. I would think they would orient themselves towards Broadway a little more now that the streetcar stops will be at their door step.

I understand Seattle U’s difficulty in location and their ability to expand, but i don’t really find these improvements very mindblowing for a 16 year plan. The new campus boundary outline is basically what they already own/control now

This master plan has been in development for quite a few years and has been presented internally for a while now.

It’s missing the flying cars in the drawing.