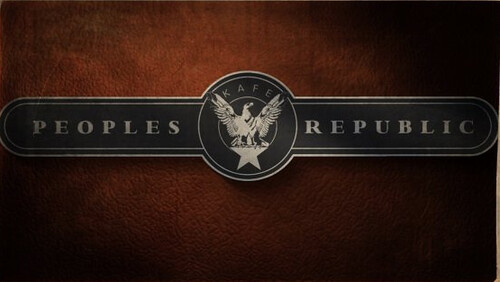 Loved ones are mourning the death of Capitol Hill comedian and cafe owner Tristan Devin.

The 32-year-old Hill resident was found dead Sunday morning near the 12th Ave People’s Republic Kafe, according to a person who lives in the area.

Medics and police were called to the 1700 block of 12th Ave Sunday morning just after 9a to respond to an apparent suicide. At this point, we have not confirmed the cause of death with authorities.

Devin had recently taken over as primary owner of the 12th Ave coffee shop and was teaming up with Scratch Deli in what seemed like a winning combination with sandwich guru Ian Thackaberry.

With the comedy-rooted cafe serving as his “day job,” Devin put his energy into a career of performance — stand-up, podcasting, writing, acting. He served as director of the People’s Republic of Komedy, produced a variety of local shows and performed at Bumbershoot this summer. His material spanned the usual subjects. His podcast was a send-up of a Seattle public radio news program. He also joked about his own battles with depression and his experiences with therapy. A clip from a recent performance is below.

CHS has clarified this post to reflect updated information about Sunday’s emergency response.

Oh no. That is terrible.

I had I only been to People’s Republic of Komedy a few times but the first time I heard Tristan perform, I laughed until I cried. He seemed to have built a strong community around the cafe and brought a lot of joy and laughter to many people. I’m saddened that he couldn’t find that happiness for himself.

As one of his regular-regulars at the shop, Tristan was incredibly friendly and talented. He will be missed. Peace to his friends and family.

We’re neighbors and fellow arts-lovers and frequent the cafe a lot. So sad to hear about Tristan. We all send our condolences!

Tristan was an amazing comedian and a great person, it was always a treat to see him and he will be missed.

But it is obvious from the comments that he was loved. I am sad that he suffered from such a terrible and difficult to understand affliction. I hope his friends and family
can find some sort of peace.

thank you all for the kind words about my sweet,handsome, funny young cousin.

I deal with depression and going to comedy shows is one of the best treatments for me….Tristan gave the gift of laughter and healing to so many others in his short time on the Earth. It tears up my heart to know he was suffering more than me.

Very sad to hear the news..I saw a few of his shows and knew tristen’s sister back in high school and kept in touch throughout the years…it’s always the brightest flame that get extinguished…prayers go out to friends and family..R.I.P tristen,

He was a darling boy. God Speed sweet soul. May his family and friends somehow, sometime, find peace. Thank you for giving us this spirit. The world is better for his having been here.