The most ubiquitous and classic of all Pacific Northwest fishing experiences is rising at some ungodly hour to board a 40-foot diesel guzzler and filling your stomach with cheap beer and Bromine to prepare for the high-sea adventures to come. We’re not sure how much of this experience Linda Derschang has planned into her new Broadway bar and restaurant, Bait Shop, but hopefully you’ll be able to find a cold can of Rainier if not a school of coho.

The official opening of the new space is Monday — but we can tell you the bite will be on this Sunday night. Tight lines.

Bait Shop joins a fleet of Derschang joints that have defined much of the culture of Capitol Hill’s food and drink. Smith, Oddfellows and the original, Linda’s, are known for simple food using quality ingredients, surprisingly sophisticated cocktails balanced by lower-brow offerings and cans of cheap beer so everybody — even Amazon business planners —  can keep their indie cred. Next summer, Talullah’s is destined to be part of the four-story mixed-use project at 19th and E Mercer and will represent the longterm shift of Derschang’s efforts toward the restaurant side of the bar-restaurant spectrum:

Bait Shop will land a little closer to Linda’s than Tallulah’s it seems:

We’ll serve tasty dishes like fish ‘n chips, fried chicken sandwiches, and a fresh wedge salad. To wash it all down try a Painkiller made with rum,pineapple juice and coconut cream (plastic mermaid included) or aclassic Margarita from one of our two frozen drink machines!

Bait Shop is slightly nautically themed, but we ain’t Red Lobster: imagine globe lights from the Paramount Theater and a 7 foot marlin proudly mounted on our knotty pine walls along side the hood of a ’77 Firebird. We’ll have a record player sitting on the bar a few days a week with a stack of old and new vinyl. We encourage folks to bring in a few gems from their collections and give ’em a spin. Whether you are craving frozen cocktails or a fried chicken sandwich, Bait Shop will strive to be your new old friend on Capitol Hill.

CHS first reported on the plan for Bait Shop last August as Bako, the previous tenant in the space, closed after less than a year in the space. 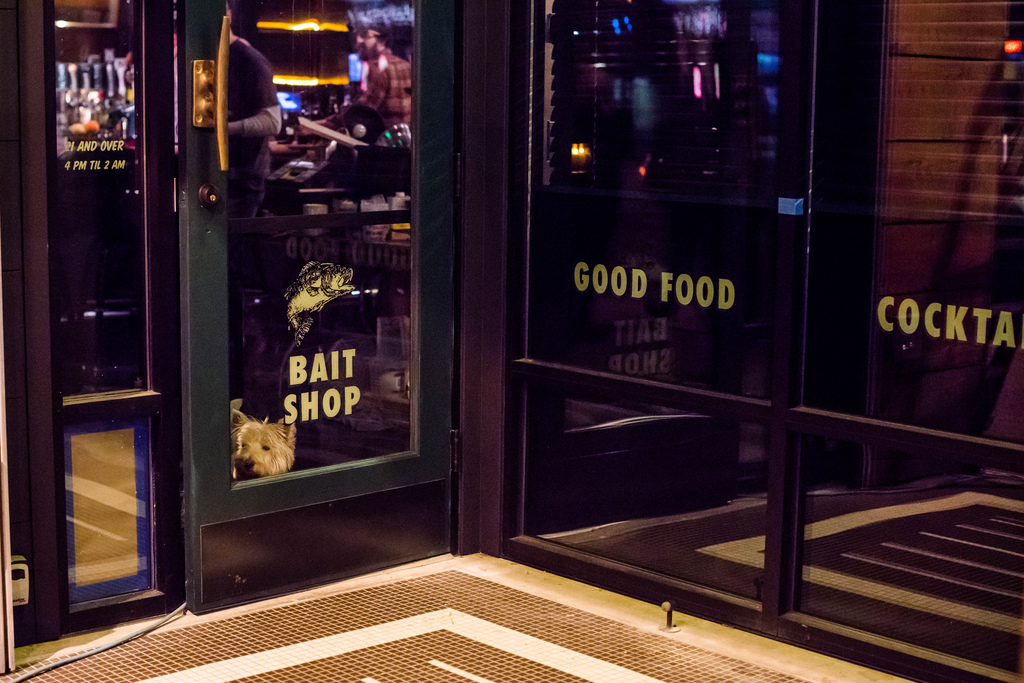 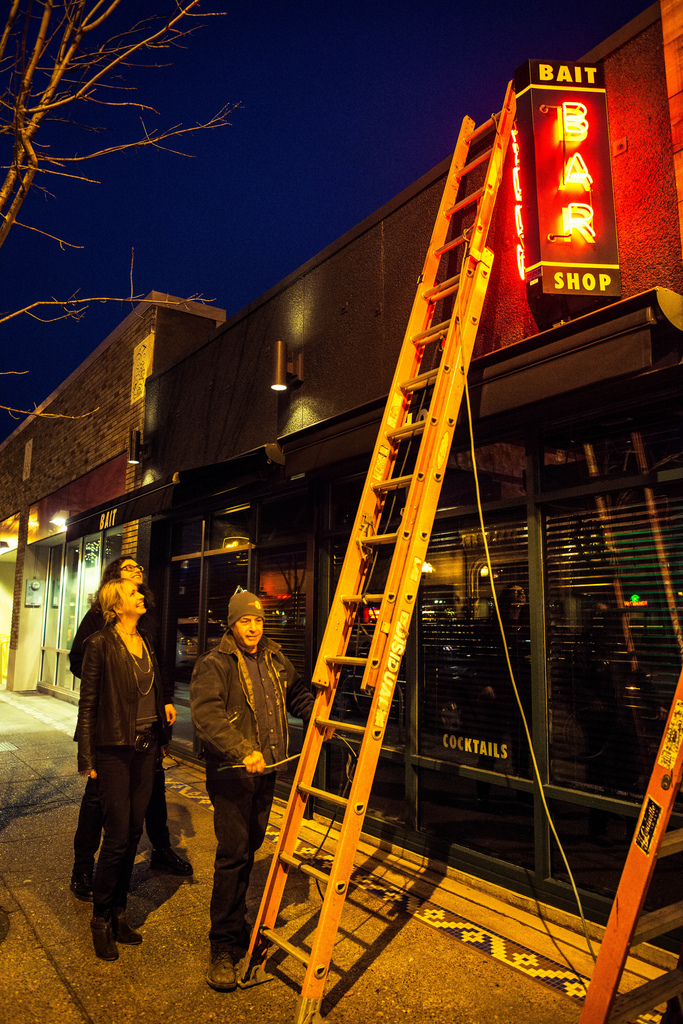 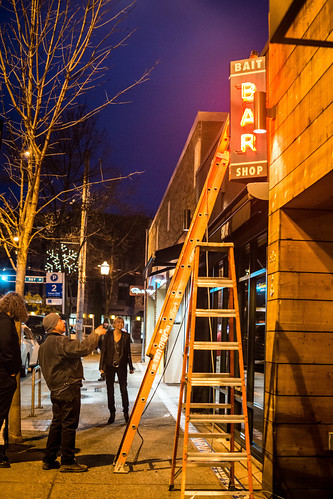 wonderful – now my nabe has its own annoying 20-something hipster attractor. there goes the neighborhood…

I’m glad to see new businesses like this in the neighborhood. I think we all know what will happen if these one-story buildings on Broadway don’t continue to be occupied and generate revenue for the business owners and the land owners. They’ll tear them down and put up the six-story apartment buildings that it seems will line all of Broadway within a decade or two.

Dark dive with a nautical theme? Sure! I wish it was less of a sit-down-and-ignore-everyone-else sort of vibe, but that’s Seattle…