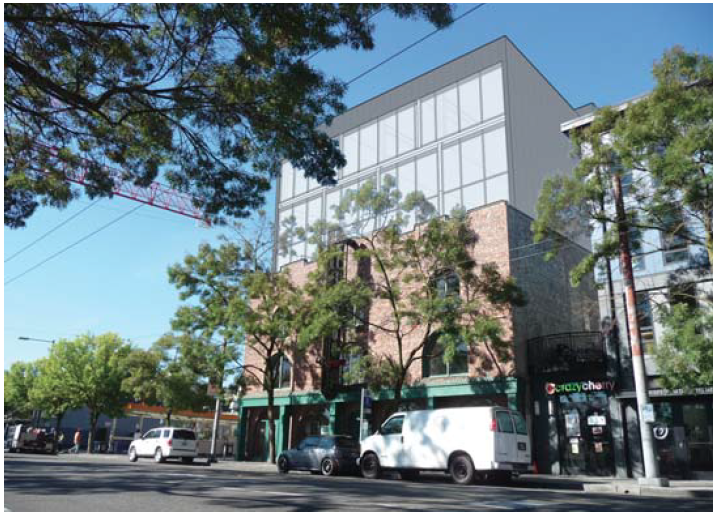 The project will transform the Frederick Anhalt-designed 1929 building into “a new multi-family residential project with 22-26 market-rate units of lofts and flats” plus overhauled street level retail. 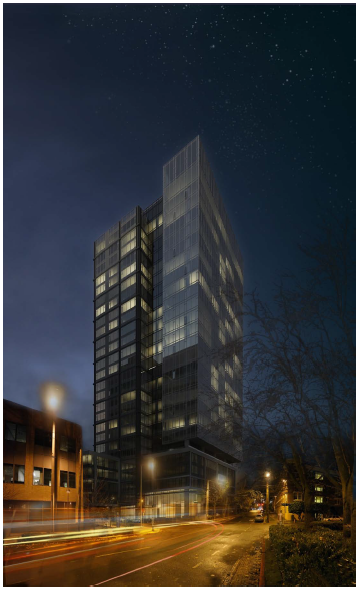 The project will require no departures, according to the design packet submitted for Wednesday night’s review. Given its proximity to the future light rail station, you might also be happy to see the project plan calls for zero parking stalls.

Surrounded by these major employment centers, the project vision is to provide high density housing targeting employees and students from these campuses in an efficient and attractive 26 story high-rise apartment building. This project will offer that population the opportunity to commute by walking to and from the campuses. The street-level on Jefferson Street will contain a sizable landscaped public open-space envisioned on thecorner of the site. The access to the building lobby and garage will be located on the northern most part of thesite fronting on Terry Avenue.

Planned to hold a whopping 328 apartments and 4,700 square feet of retail space for cafes or markets, the 240-foot 504 Terry Ave project is being developed by Alecta which acquired the property for $5.4 million in 2010. The project includes four levels of underground parking.

The most significant departure conversation will likely be regarding architect Weber Thompson’s plans for reduced or eliminated setbacks on the building’s upper levels. 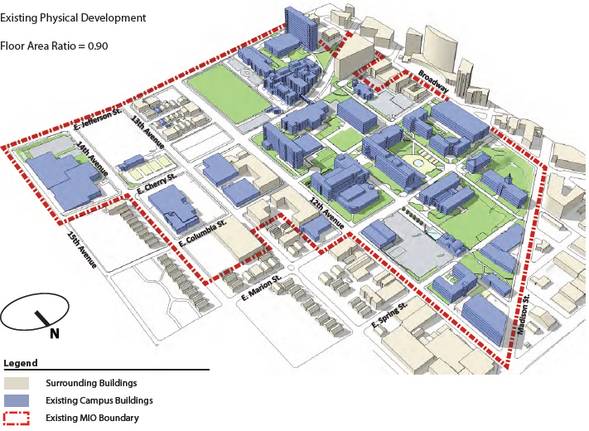 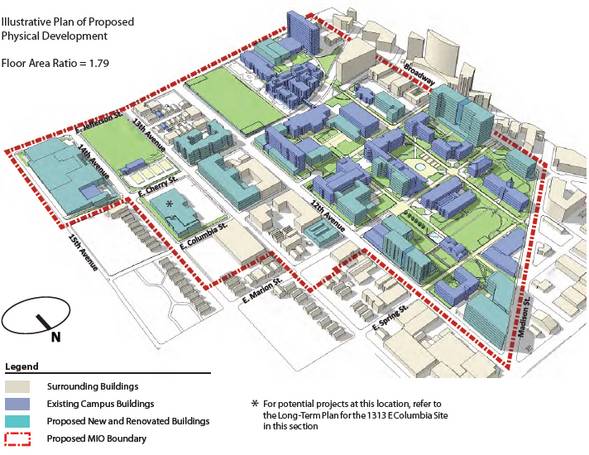 The bullet-point/title says it all.

depends who you ask…