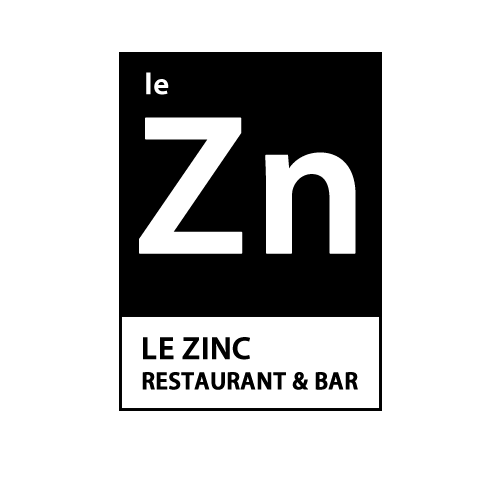 Want to slip us some love? Email it.

“It’s not going to be Maximilien, obviously, but it will, of course, be French,” Willy Boutillier tells CHS about his new Capitol Hill venture, Le Zinc.

The casual French restaurant — thinks mussels and frites — with a big bar — think big — is planned for the large ground-floor restaurant space in the under-construction Vox Apartments at 15th and Pine. 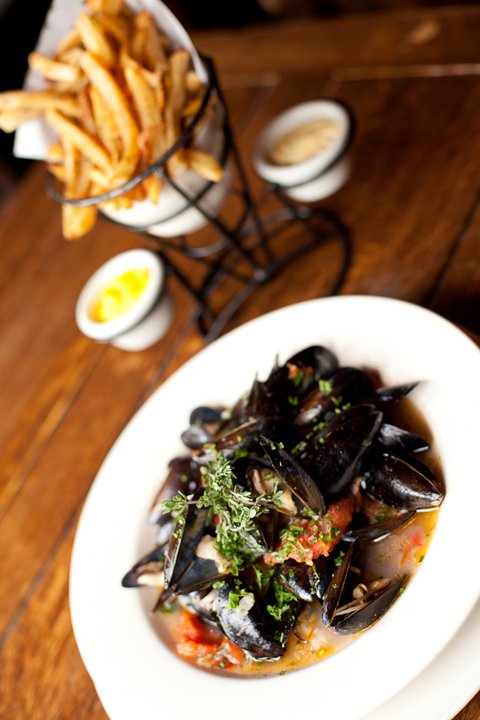 Boutillier says Maximilien was born 15 years ago above the Pike Place Market in a space that had already been long established with a restaurant. With Le Zinc, he and Christian Potvin business partner Axel Mace are setting in from scratch. (UPDATE: Maximilien chef Potvin will not be part of Le Zinc. CHS apologizes for the error!)

“That’s new for us,” Boutillier said. “We can build it the exact way we want.”

They’ve brought in some big guns to help, however, as Graham Baba Architects have designed the new space. It’s so early in the project that elements like the logo, above, are still in draft mode.

Le Zinc is the first new project for Boutillier beyond his Maximilien original. He says he strategized a lot about where his venture should call home and decided the vibrant culture and sheer numbers of people moving to the area were what he needed to make the new restaurant and bar successful.

Along with the more casual food, visitors to Le Zinc should expect a more casual, comfortably worn experience — maybe a little like a zinc-toped bar?

“In France, when you say you’re going to the zinc, back in the day, it meant you were going to the bar,” Boutillier said. “We have a zinc-topped bar at Maximilien. If feels nice, warm and gets a patina — not too shiny, antique, very subdued.”

With construction of the apartment building still wrapping up, the buildout of the project is in the earliest of stages so you’ll have a bit of a wait before you, too, can go to Le Zinc. The target is a mid-May opening.

Le Zinc wasn’t even a twinkle when we compiled this list of 20 new Capitol Hill restaurants and bars to look forward to in 2013, by the way. Make it 21. 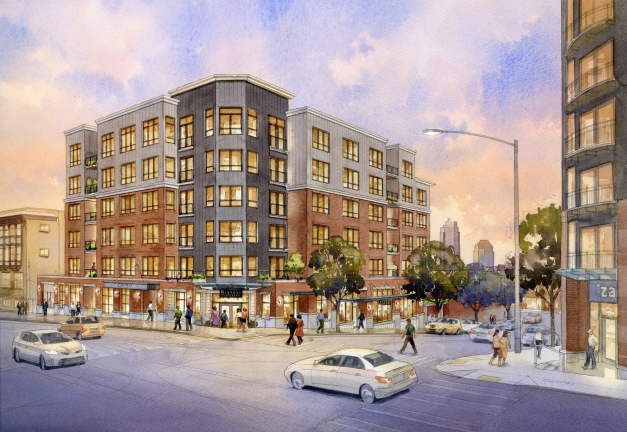 You gotta go try the tortas at Barriga Llena. (Ilena? Llena?) So good! They make their own chips and salsa, too. Holy saintedness, srsly.

Saw this in today’s Seattle Times……..

I just want food. Lots of food. A focus on food and not speciality cocktails.

I was a bit bummed by Von Trapp’s opening. It took 1.5 hours to get our beer and 2.25 hours to get our food and then almost all the orders came out wrong. I’m definitely going to give them another chance, but the opening was a disappointment.

I usually love this section, but to use the standalone quote “Early reports indi­cate that the decor is very famil­iar and the food is not so great” and then link to a page with Il Corvo at the top when they’re not the restuarant that quote applies, too? Poor form, CHS, poor form. You owe them an apology!

Scroll down on the page I linked too. You’ll find it.

[…] Zinc is, indeed, coming soon to 15th and Pine but the project from Maximillien’s Willy Boutillier has a June due […]

[…] new construction on the edges of Capitol Hill is ready to open its doors at 15th and Pine. Le Zinc, from the folks behind Maximillien, is preparing for its soon-to-be-announced […]