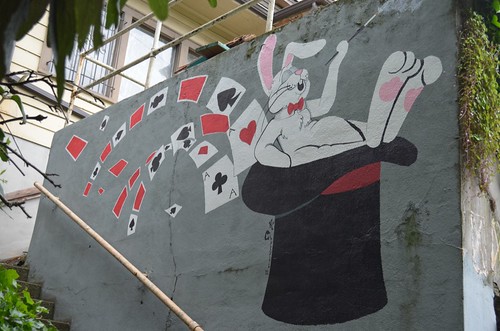 Call it the renter’s paradox. When voter-approved marijuana legalization goes into full effect next year, renters will be able to buy weed, but may not technically have a place to smoke it.

The current law prohibits open use of marijuana “in view of the general public,” but allows it inside privately owned homes. That protection doesn’t extend to rental housing – of which, Capitol Hill has plenty. Many landlords are expected to ban marijuana in and around their buildings, just like cigarettes.

It’s not a new issue, but Seattle City Attorney Pete Holmes is now asking the state to address it. In a letter dated June 10, Holmes asked the state’s Liquor Control Board to consider allowing for smoking clubs to curb public marijuana use. “Renters and tourists should not be forced to use marijuana in parks or on sidewalks,” he wrote.

It’s unclear under I-502 if pot clubs are permitted.

Liquor Control Board spokesperson Brian Smith said the board would likely not take up the issue of pot clubs. The board’s primary concern is setting up a regulatory framework for people to buy and sell marijuana, he said.

Tim Seth, president of the Washington Landlord Association, told CHS he is advising all landlords to ban marijuana inside units and on building premises because “a majority of people don’t smoke” and “smokers have a higher propensity to be default tenants.”

“We look at it like cigarettes,” Seth said. “[Landlords] can ban cigarettes anywhere on the property. It’s the same with marijuana, with the exception being medical marijuana.”

But landlords are already facing their own paradox. Seth said many landlords use leases with clauses that prohibit the “use of illegal drugs,” which no longer applies to marijuana. Landlords cannot change the terms of the lease until the lease ends, meaning tenants may be able to smoke inside until their lease is up. Edibles will likely continue to be a viable option.

If smoking marijuana is prohibited in a lease, Seth said landlords will have the right to give a notice to comply and eventually evict tenants if they continue to use marijuana inside their buildings.

Some bars and businesses in the state have already tried their hands at pot clubs without the explicit go-ahead from regulators. Tacoma’s Stonegate Pizza made headlines in March, billing itself as the nation’s first legal pot club. For $20 customers get a year-long membership to vaporize (not smoke) marijuana from an upstairs lounge inside the shop.

In addition to pot clubs, the Seattle City Attorney also asked the board to consider specifying rules on marijuana delivery — something more than a few Capitol Hill entrepreneurs will be paying close attention to.

“smokers have a higher propensity to be default tenants.” ?? Wow, talk about a unsubstantiated generalization. Where’s the data to support this claim, Mr. Seth?

You can vape in an apartment. Problem solved.

I live on the Hill and our landlord already issued copies of lease changes that will take effect as soon as our current lease is up. It makes it clear that we are not allowed to smoke marijuana inside the apartment, just as with cigarettes, but that we’re more than welcome to smoke on our balconies or the patio area which is designated for smoking anyways. I thought it was a really great move to let us know his attitude on it and it seems totally reasonable.

The “no smoking pot in public” provision is unenforceable and will be largely ignored, especially by renters where smoking is prohibited in their building…they will simply step outside to have a toke, as they do now with cigarettes. Even if “pot clubs” are allowed, why would a renter pay to join…and have to take the time to get to a club….when they can indulge next to where they live? And you won’t be able to spend time in a public park without smelling the pot aroma.

It’s becoming clear that there are many unintended, negative consequences of marijuana legalization. Another one, which is very likely to happen, is an increase in pot smoking among under-age youth….they will simply buy from friends, or friends of friends, who are 21 or over and will be able to buy 1 oz of pot from as many retail stores as they want, passing on (or selling) their excess to under-age people. Marijuana activists, and also the State of Washington, are trying to convince the public that there will be programs in place to prevent this from happening, but that is just spin/public relations…..it will happen, for sure.

Under-age youth can already do this with liquor. Not a particularly compelling counterpoint, but pot isn’t any worse–to say the least.

If kids do or don’t smoke weed this is not going to change it.

It is easier for 21 friend to buy it from a store. If anything it will be harder for youth to buy.

This is true. When I was in high school, the drinking age was 18 (yes, I am old). We always had pot, but getting someone to buy us beer was much harder.

Interesting. We always had pot and beer in high school. There are places that sell to minors no matter what the laws are, and the minors know which ones. Places in the ID, for example. And the CD. The neighborhood bodegas don’t care, they just sell.

Do kids still use fake ID’s or has technology finally killed that? Mine was from Maine and looked like crap, but it sure did work all over the USA.

Pot is pretty easy to grow. The difficulty now is that all the pot you buy has no seeds in it. When I was a kid, our pot had so many seeds that if you didn’t clean it well, your joints would blow apart from the fireworks. I haven’t smoked pot in years and probably don’t care about doing it now, but I would love to grow some. But my friends who smoke tell me that none of what they get now has seeds in it.

I have neighbors who smoke outside my window. I have spoken with them several times to ask them to smoke elsewhere. I wrote them a detailed note explaining how much the smoke bothers me. I have yelled at them through my window. We make eye contact as large puffs of smoke, not even inhaled waft my way. My apartment my cloths my furniture smell of smoke. They refuse to stop smoking near my window, five at a time sometimes and there is no regularity to it. What they are doing is legal. They are selfish, rude, inconsiderate, mean people. I wish the cigarettes worked faster. They wont smoke inside their own living space but it is ok in their minds to regularly pollute mine living space with their smoke.

When I smell cigarette smoke it gives me an instant headache. Awaking at 3AM breathing your neighbors smoke gives is such an angry adrenalin rush it is impossible to go back to sleep. We should not need laws regarding smoke but cigarette smokers have proven themselves incapable of responsibly smoking.

BAN CIGARETS FROM OUTDOOR USE! Cigarettes are proven killers weed is not. I am so sick of breathing other peoples cigarette smoke! Banning smoking inside was one of the worst thing to have ever happened. Almost everywhere I go there is a smoker polluting the air I breath. Cigarette buts around the entrance to almost every building. There is much moor cigarette smoke and it is much more bothersome and harmful than weed smoke. You should not have to walk through clouds of smoke on every sidewalk, to get into the building you live in, to buy something or to go anywhere.

If a business wants to cater to or attract smokers let them create smoking rooms. This would keep the smoke out sight and breathing range of people, children and pets.

Stupid ineffective rules saying it is ok to smoke on your balcony or 25 feet from a door is putting the smoke closer the windows of other people, other tenants and non-smokers. Yes it protects the walls of the smokers apartment from the smell and discoloration while it goes straight into the window of the non-smoking neighbor and the smell sticks so everything for days. Smokers forcing their neighbors to shut their windows is wrong. WRONG A person should not have to do that several times a day at the whim of a smoker. By the time you smell it, it is too late. A person should not be forced to keep you windows closed because of a selfish smokers rights. The 25 foot rule is not enforced either.

It is about time we had penalties for smokers who do not contain their poison. A much better law or rule would be “ IF YOU SMOKE, CONTAIN YOUR SMOKE” Pretty simple, ruin your own home and body not mine. We don’t need a ban on public smoking just penalties if other people are subjected to your smoke.

The no- smoking law did not ban indoor smoking in apartment buildings. If your neighbors are not allowed to smoke inside the apartment, it is because the landlord decided to not allow it. You should complain to the landlord.

[…] Pete Holmes said in a statement he supported the board taking more time to review the rules. In June Holmes sent a letter to the LCB asking board members to consider allowing for pot club to avoid the “renter’s […]