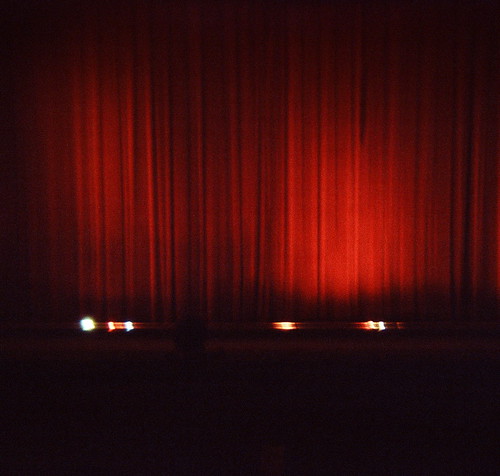 We’ve held the funeral. Now it’s time for the plot twist in which the hero springs back to life.

While all of the machinations haven’t fully been revealed, it’s official: The Egyptian Theatre will go dark June 27.

Lauren Kleiman, spokesperson for Landmark Theaters, confirmed Monday that the Mark Cuban-backed art-house chain is ending its lease with Egyptian building owner Seattle Community College at the end of June.

“We couldn’t come to terms on a new lease with the property owners,” Kleiman said.

Kleiman said Landmark had only known about the closure for a few days. She could not offer any specific details on why Landmark had so abruptly ended the lease at 801 E Pine, only that “the economics of running a single screen theater are very difficult.”

SCC Spokeswoman Janet Grimely confirmed in an email that Landmark had declined to renew its lease. Grimely said the theater space would remain empty until a new tenant is found. The school already operates a theater space in the Broadway Performance Hall across the street.

The 600-seat Egyptian will be up for lease sometime after July 1, once Landmark fully moves out its theater equipment. In the meantime Grimely said the building’s classrooms and offices, known as SCCC’s Fine Arts Building, will stay open. SCCC will also continue to host its own events in the theater space.

Despite Landmark’s departure, Seattle International Film Festival hopes to be back in the theater space for next year’s festival.

“Seattle Central Community College has been a great steward of the building and the Festival since they purchased the property,” SIFF artistic director Carl Spence said in a statement Monday. “We are hopeful that SIFF will be able to continue to host the Seattle International Film Festival at the Egyptian Theatre in the future.”

SIFF and the Egyptian share an extended back-story. Built in 1916, the former Masonic temple was bought by SIFF founders Darryl MacDonald and Dan Ireland in 1980. The duo were the first to transform it into the Egyptian-themed theater. After running it for nearly a decade, SIFF sold the theater to Landmark in 1989. SCCC bought the building two years later, keeping Landmark as its tenant.

SIFF has no stated plans to swoop in and keep the Egyptian running as a full time theater, like their 2011 move to re-open the Uptown.

Another interesting element that could affect the future of the theater is the building appears to be eligible for preservation under the National Register of Historic Places and the Seattle Landmarks Preservation Ordinance.

CHS broke word of the Egyptian’s closure on Sunday. According to several witnesses and people close to the situation, management at the Egyptian told midnight moviegoers that the theater would be closing soon.

For those planning to be there for the final show on the 27th, it looks like you will be saying goodbye to the current iteration of The Egyptian with the continued run of Before Midnight slated for the last listed showtimes next Thursday, according to the Landmark site. This weekend’s final midnight movie will be Brazil.

Landmark had been struggling in recent years, going on the block in 2011 in an effort to recoup massive investment in the theater chain. The company is not currently up for sale.

Kleiman said Landmark’s other Capitol Hill theater, the two-screen Harvard Exit, is not closing. CHS could not reach The Exit’s landlord for comment.

UPDATE: You can listen to jseattle talk with KUOW about The Egyptian here (MP3).

UPDATE: Seattle Central tells the Puget Sound Business Journal it will issue a “request for proposals” for the theater space within a month. KING TV reports that rent for the facility has been about $8,400 a month.

On The Waterfront Screening-2, originally uploaded by seattleinternationalfilmfestival.

As a major public institution that presumably has at least some concern about neighborhood issues, I would think that SCCC might have been more conciliatory in their lease negotiation with Landmark Theatres, in an effort to maintain the status quo. I have a feeling there is more to this story than has released publicly. Perhaps Landmark, which apparently is in financial trouble, just wanted out.

There’s always more to a story where large amounts of money are being negotiated. I’m wondering where you heard that Landmark is in financial trouble though?

Right here on this blog! See this post and also the previous one on the Egyptian closing.

Who is going to step up and save the Egyptian Theater? | Seattle News

[…] SCCC in 1992. The Egyptian has remained a mainstay of SIFF, the largest film festival in the U.S. Capitol Hill Seattle, a Seattle Times news partner, has good coverage of […]

[…] to pull the plug on the Capitol Hill movie house and that landlord Seattle Central is looking for a new tenant for the 1916 building, the rest of the city is also weighing in on the future of the property. Here […]