In a sign that the development market remains bullish on Capitol Hill’s apartment and retail prospects, the developers behind one of the most ambitious projects in Pike/Pine have announced the re-start of a massive seven-story, 260-unit mixed-use apartment project that will transform a former BMW dealership into housing, restaurants and shops.

CHS reported that developers at Wolff Company were putting the Pike Motorworks project on hold earlier this year when initial financing for the development and preservation project dried up. “We have successfully recapitalized our Pike Motorworks project on the former BMW site, and will be restarting with our project team right away,” Wolff’s Greg Van Patten said in an email about the project.

The developers are currently planning to start demolition of the E Pike at Harvard project in November. Nearby at Harvard and Pine, another development and preservation project is poised to dig in on the Bill’s Off Broadway building. Both projects are taking advantage of Pike/Pine Conservation District Overlay development incentives. New rules are being drafted for the district but projects already underway will not be subject to the new requirements. Meanwhile, one Pike/Pine project has begun taking one of its buildings slated for preservation apart brick by brick after finding the “character structure” had decayed significantly.

Another project replacing an E Pike dealership will take a turn in front of the city’s design review board Wednesday night. We’ll have more about that project soon. 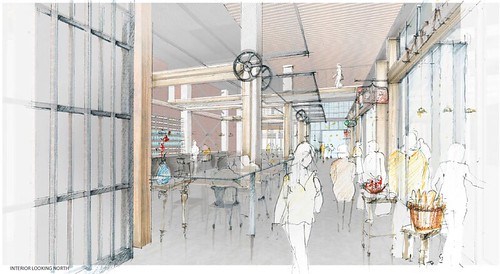 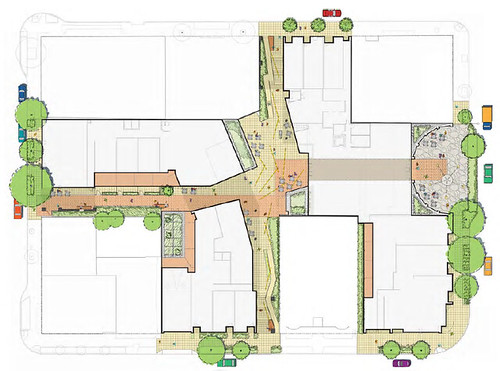 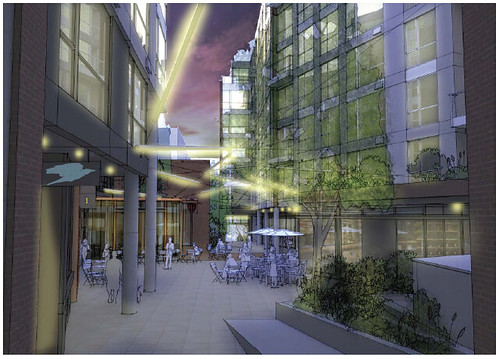 Holy crap, those buildings are huge. Is it just me, or is that going to look super awkward next to the older/shorter buildings like Pho Les, 95 Slide, Linda’s, etc? I’m all about making use of the abandoned BMW dealer space, but those buildings are way too tall and are going to take away a lot of natural light in the neighborhood.

Don’t worry, those buildings will all be demolished soon!

Well, they meet the zoning, so that genie is already out of the bottle.

To support the mass transit train and trolley we need density. Density requires height.
I was against the trolley and transit boondoggle, the latest of 19th century technology for the 21st century, but we have them, and now we are stuck with paying for them and making them as useful as possible. More people: more stories on buildings.

Yeah, isn’t democracy a drag – especially when you think you’re smarter than everybody else?

My husband is in the development biz, representing developers in a way. Someone at city planning department asked him “Isn’t Broadway looking good with all the new buildings?” He said “The new buildings are sleek but not beautiful so, No, I don’t think they are necessarily a good thing. Moreover, they are blocking huge amounts of sun from the streets. I used to be able to walk down the west side of Broadway in the morning and have a mostly sunny walk, and up the east side in the afternoon and have a mostly sunny walk. Now a lot of each side is in shade a lot of each day. Blocking out the sun is not a good thing, especially in Seattle!”. The planning guy said “Oh, I never thought of that.”. My husband said “I have no idea how to respond to that.” Jeezus.

So we need short buildings for sunny walks? really? :facepalm: Let’s mow the trees down too!

A good stretch of Broadway on the East side is empty. Your friend must have only walked for 3 blocks between Mercer and Harrison. Sun seekers can walk on Federal if Broadway is too overcrowded with it’s tall buildings.

All kidding aside, if we are to build tall buildings, do so along retail cores like Pike, Pine and Broadway. Stop the aPodments in irresponsible locations.

Take walks between 10 and 2 if you want no shade from buildings.

The planning guy said “Oh, I never thought of that.”

Sounds like a good, non-committal response, to a tedious blowhard.

Blocking the sun? We are talking about Seattle right? Let me assure you these buildings will not block the fog or the rain. They will both be there on the same schedule.

It does seem like this development crowds some very tall residentail buildings together in the center of the block. It’s hard to tell from these diagrams, but it looks like many of the apartments will be across a small internal courtyard from each other. That means these apartments won’t get much light or ventilation. The area by the entry that appears to have benches could also attract criminals at night (places to hide). I wonder why they don’t shift the buildings to the outside of the block — giving the inside apartments more light and air.

I’m very much pro-development (I support apodments, taller buildings, high-capacity transit, etc.). I’m questioning why they are going with this design, not the overall density.

I’m curious as to why you support aPodments that circumvent any and all environmental impact reviews and have no consideration for light and ventilation but you mention in your comment that those as aspects of housing are important to you.

Good question, Timmy73! Perhaps those “living” in apodments don’t care about natural light, and certainly the developers who profit don’t give a damn. But the surrounding neighbors do care…many of them are losing light/ventilation because the apodments are so tall and built right up to the property line.

I wonder if that courtyard be open to the public, or locked off like the Joule

the courtyards in this project are much more substantial, and are supposed to have retail, so yes, open to the public at least most of the time.

Joule, on the other hand, just has drab concrete courtyards that make it so that you can hear all your neighbors and get basically no sunlight ever. It was just the only way they could cram 300 units onto that block, really. Luckily no one ever hangs out in the courtyards because it’s really loud when they do.

.. i unfortunately had a stint living there, they had available inventory when basically no one else did :(

I really like these internal passageways and courtyards, especially because they will be public space for most of the day. Very creative and unique design!

Is 15th Ave Garage still going to be there or are they being pushed out?

What the 7-story development at 600 E Pike will look like — Plus, Malden project moves forward | CHS Capitol Hill Seattle

[…] redefining this area of Pike/Pine. After being put on hold, the Pike Motorworks project is back in motion again with plans for a November start of work on the BMW dealership property the project will partially […]

And who will be able to afford to live in these buildings? There are only so many tech hipsters…

[…] an urban farm, Pike Motorworks is one of the most ambitious projects planned in Pike/Pine and just got a re-start after developers at the Wolff Company put the project on hold earlier this year. The massive […]

What the Bill’s building will look like — Plus, 30 stories on First Hill | CHS Capitol Hill Seattle

[…] mostly match up with the massive Pike Motorworks on the same block following that project’s financing-related delays earlier this year. If the board gives its final blessing to the Bill’s building Wednesday […]

[…] is complete. Meanwhile, expect demolition to also begin around the corner from Bill’s where the massive Pike Motorworks project is ready to dig […]