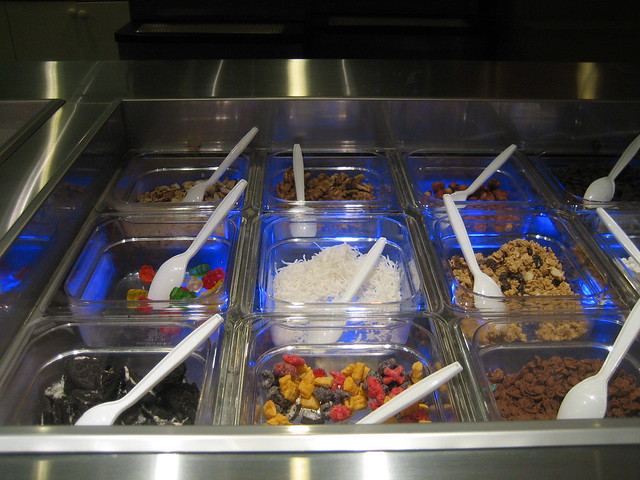 There are some businesses people ask a local community news site about more than others. Every few months, somebody would ask CHS about Broadway’s Crazycherry. What is it? Is it ever open? Is it closed?

We never had many answers. We have one now.

The frozen yogurt and topping shop was out in front of the fro-yo trend opening on Broadway in the mid-2000s. Somewhere along the way in 2007, the shop changed its name from Crazyberry:

We don’t know why — though it appears to have become part of a small chain at that point. Founder Jason Kang eventually sold the shop — we haven’t been able to reach current owner Elliott Kim about Crazycherry’s closure. A CHS reader reported seeing the yogurt shop’s furniture for sale along Broadway last week. All the phone numbers for the business have been disconnected.

The closure comes as a new frozen yogurt provider is preparing to join Broadway. We talked with the folks behind Refresh Frozen Desserts and Espresso earlier this summer. May Refresh remember those who came before and honor the Crazycherry name. Or Crazyberry, for that matter. 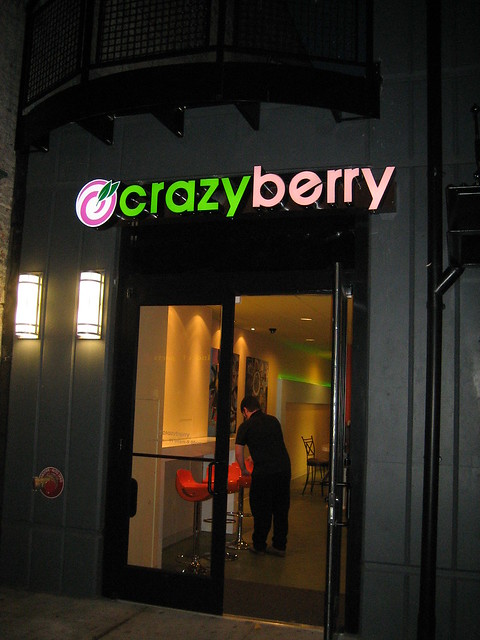 It was the deadest frozen yogurt place I have come across. I rarely saw any staff or customer in there. It looked like they didn’t bother running it. How could they afford to lose money for so long or did they just use it as a tax shelter?

b
Reply to  Adam

YES! I miss that place.

I could never figure out how this place stayed open for so long.

this place was weird and depressing. a strange mix of corporate-mandated mod decor plus the owner’s personal design touches that clashed badly. top it off with a homemade sign promoting chili taped to the door. we used to joke that it was served from the same taps as the yogurt, and that you could get a vanilla-chili swirl.