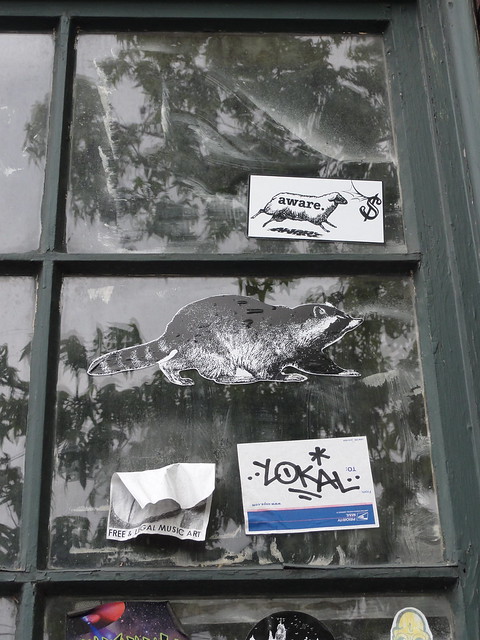 The mangle of hair and blood was there on morning after morning as I turned onto 10th for work. As the week drew on, it because progressively smaller and flattened, buffeted ever so slightly toward the median. Still, that ever iconic tail waved a banner of one of our most successful, yet often unseen urban mammals, the raccoon. Raccoons, also known as Procyon lotor, despite their size, are prolific on the Hill.

Despite their nocturnal tendencies, we know they are around, scampering across intersections when we come home late at night or when they blunder beneath our tires. The main reason they’ve become so common in our urban world is that they’re incredibly intelligent and this is very adaptive for the variety of nuances they face in the city. Their common name is merely an english settler mangled Powhatan word for the animal; their latin binomial is telling. The genus designates them as before, “Pro,” dog, “cyon,” intimating that raccoons are indeed carnivores (though more closely related to bears than dogs). The second notes a common behavior, as lotor literally means “washer,” and raccoons are well known for their habit of “washing” their food using dextrous forelimbs. 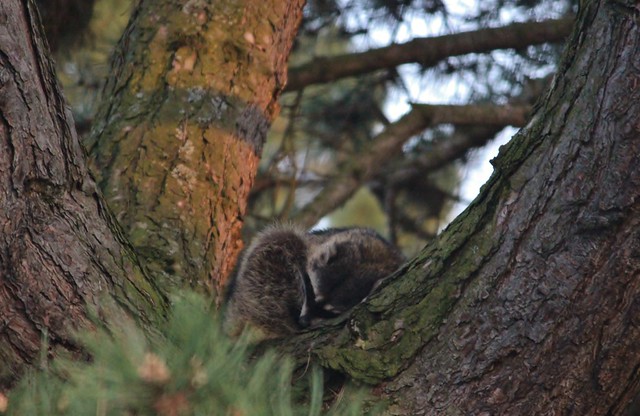 A lot of people think raccoons are merely pests (if you have issues read here), which is one reason I chose to write about them. Their intelligence means that they can get into a lot of things and I’ve had kayaking trips in the San Juans ruined because of their ability to manipulate many a latch. Back in the world of the Hill, they’ll happily take the time to figure out a way to open your garbage can and then remember how; studies have shown that they can remember how to solve a fairly complex lock 3 years after learning the solution. Their intelligence lends to opportunistic behaviors, unlatching backyard chicken coops or peeling back covers on espaliered pear trees. However, despite their irreverence for our rules, I also think raccoons are incredible creatures worth human consideration.

Unlike us, raccoons don’t have very good long distance vision but instead rely on a suite of other senses. This might explain why one would blunder into the street, presumably not knowing a car was headed its direction. Based on their anatomy, raccoons do see better than us at night, because they possess tapetum lucida, tissues behind their retina contributing to superior light gathering, which many mammals have. You’ve seen this before in your dog or cat when at night a beam of light reflects in their eyes. Despite this nocturnal augmentation, both a sense of smell and hearing, much more acute than ours top vision in importance to raccoons. However, one trumps them all, and that’s their sense of touch. 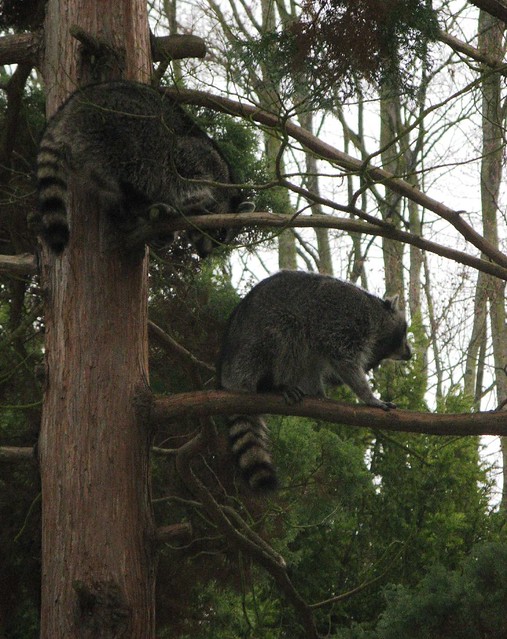 Though raccoons don’t have opposable thumbs on their forepaws like primates, they are only slightly less dextrous. raccoons have one of the most highly developed senses of touch for a vertebrate, with an inordinate amount of brain power devoted to the tactile. Their habit of “washing” is not related to a desire for clean food but instead related to the fact that they can feel more when wetting their paws, softening their footpads. I’ve routinely seen raccoons search about in the water with their paws (they love frogs, fish, clams, and all manner of invertebrates that habituate them to habitats with nearby water), and upon finding something, manipulate it throughly as a blindfolded person would an object handed to them for inspection. This is a prime way they see the world, so different than how most of us see things.

Raccoons also proliferated because in the city they have few predators and in turn have become willing to live along side us. Their nocturnal habits mean they face fewer threats from humans and their willingness to persist on our leftovers while living in marginal habitats makes them very common. Seeing babies in tow of a mother is sometimes so irresistibly cute that we feel the need to interact or feed them. Many enjoy an encounter with a wild animal and raccoons present a largely non-threatening and even charismatic opportunity. However, feeding raccoons is strongly discouraged by this author because it can contribute to instances of conflict with human habituated animals; in places where canine distemper (ie rabies) is more common Raccoons are a noted carrier. raccoon latrines, where they repeatedly go to the bathroom, can also harbor a round worm that is potentially lethal to people. So, leave the raccoons to their world and enjoy from afar.

Honestly, I simply enjoy raccoons because they appear a little dumpy, aren’t terribly fast or voracious predators, but they’ve found a good niche and have persisted in it (in some ways they remind me of how people must generally appear to other animals). They’re quite pretty when you see one with a healthy scruff of long gray guard hairs, that ringed tail, and of course their wonderful black mask. They may not be our favorites at times but they’re a common native creature we encounter regularly in the city and for that, we should be happy to have them. 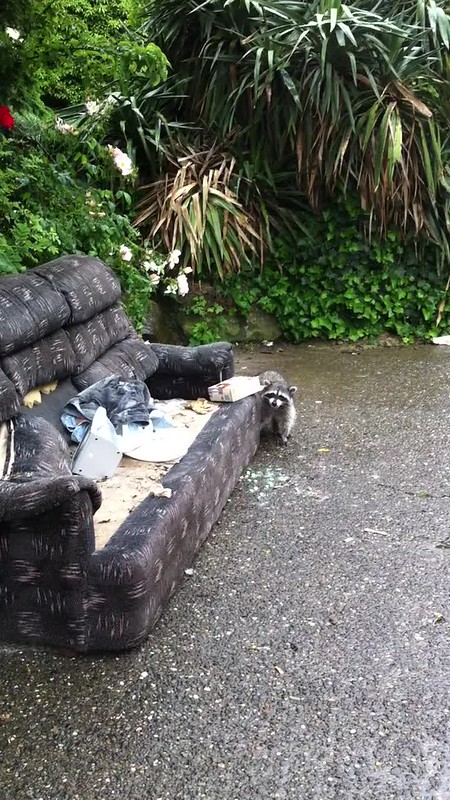 2 thoughts on “Pikes/Pines | Hill raccoons are more than bandits”