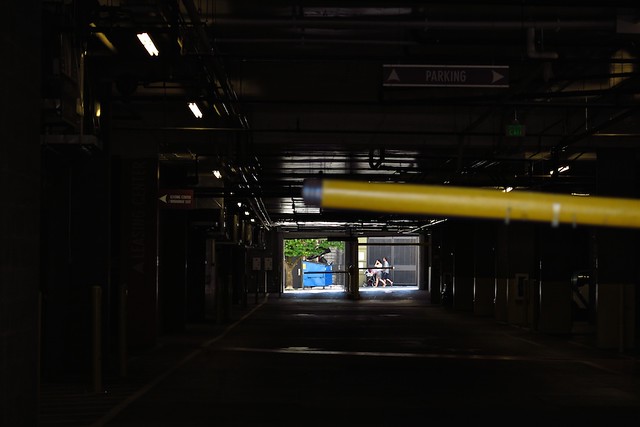 Two ideas favored by the Capitol Hill EcoDistrict to innovate neighborhood parking are getting a lift from Seattle City Council president Tim Burgess. One could lead to the creation of a pool of shared parking across Capitol Hill to reduce the need for developers to create large parking structures while the other would earmark a certain percentage of street meter funds back into the neighborhoods from which they’re generated.

In the midst of a campaign for the Position 8 at-large seat on the council, Burgess is proposing the City invest $20,000 to assess the number of empty spaces in all garages within the EcoDistrict boundaries, which covers most of Capitol Hill. The study would be conducted by the Capitol Hill Housing powered EcoDistrict and the Seattle Department of Transportation. Burgess is set to unveil the plan Tuesday.

If a “district shared parking” program were eventually implemented, it would likely involve a partnership between land owners and developers and wouldn’t require major city investment, Burgess said. District shared parking would include apartment buildings and commercial lots, according to the budget item:

Demand is most certainly high — SDOT has announced metered rates reaching $4 on Broadway. The EcoDistrict studied the possibilities of “district shared parking” in the Pike/Pine area earlier this year. A similar partnership between downtown garages already exists, where electronic signs update with information on which lots have the most available spaces.

Burgess is also proposing to direct SDOT to work with the EcoDistrict on a “parking benefit district,” which dedicate a certain percentage of street meter fees collected on Capitol Hill for neighborhood projects. According to Burgess, that could include anything that enhances the pedestrian or driving experience, like lighting, street improvements, signage, or landscaping.

“I think this should be the norm in all our neighborhood business districts where we have metered parking,” he said.

As a proponent of parking benefit districts, Burgess said he teamed up with the EcoDistrict as soon as they expressed interest in the idea. Burgess said research on similar programs shows people are more willing to accept higher parking rates when they see a direct benefit going back to their neighborhood.

Both projects are an important step forward for the Capitol Hill EcoDistrict, which has been positioning itself to play a larger role in the neighborhood.

One thought on “Proposals could bring ‘shared parking’ to Capitol Hill, give neighborhoods a slice of meter funds”

St. James Cathedral continues the year-long celebration of the 150th anniversary of the birth of Louis Vierne, organist of Notre-Dame Cathedral. Cathedral Organist and Director of Music Joseph Adam performs the majestic Symphony No. 2 and the masterful Symphony No. … Continue reading →
View Calendar