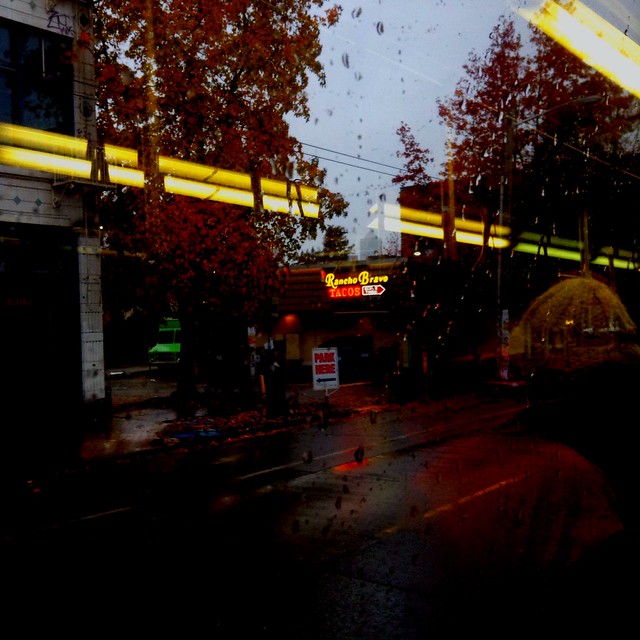 We’re not sure how busy it will be on a November Friday night but we expect by summer it will be quite the scene — even if nobody you know has a car anymore. Earlier this week after months of preparation, Rancho Bravo’s drive-thru at E Pine and 10th became operational.

CHS got word of the drive-thru’s opening earlier Friday when we talked to owner Freddy Rivas about his new venture around the corner on E Pike, Buddha’s Kitchen.

Rivas first told CHS about his hopes for reviving the last permitted restaurant drive-thru on Capitol Hill when he first took over the old Tricon Global-Kentucky Fried Chicken building years ago but it wasn’t until this spring that plans went into high gear.

Rivas, who manages his Seattle restaurants with a strong respect for efficient operations, said he waited to open the drive-thru until he was sure the ordering system was working smoothly and Rancho Bravo was ready to handle the extra load. He is also hoping signage and markings help keep the area safe for pedestrians, bikers, and drivers.

You might not remember when Pike/Pine was Seattle’s auto row but anybody old enough to remember the old Jack in the Box drive-in scene on Broadway on a Friday night knows what could be ahead for Rancho Bravo by the time summer rolls around. Expect some good times. Hours for the drive-thru are the same as the restaurant meaning there could be some late night, 2 AM taco cruises in your future. If only TNT was still around for some coffee.